To date or not to date, that is the question. Is it reasonable to look for love when we are supposed to limit the number of people we’re in contact with? Students who are single and ready to mingle have been struggling with this dilemma. History and Philosophy student Nina van der Bent talked to some of them and discovered that it is possible to date during a pandemic – and that doesn’t mean you’re stuck with each other ‘til death does you part.

Around this time last year, I had a vision. I envisioned a long period in which social contact would be the new smoking: a direct threat to your health and that of your loved ones. The government would impose laws to fine social contacts. I also saw that this would last a long time – much longer than I, at least, would be able to handle. That’s when I started stocking up. I don’t mean toilet paper or pasta, though, but rather potential partners.

Fortunately, I got lucky within a month and, in a few weeks, I’ll celebrate my one-year anniversary with my loving boyfriend. During this lockdown, I’ve been living a perfectly suburban lifestyle: we eat cheese, play games, and watch documentaries. On Sundays, we sleep in and eat croissants for breakfast. Life is good on the suburban side of corona. But what if you’re single? Like a true biologist, I went on to research the single student, wondering whether it’s a dying breed. 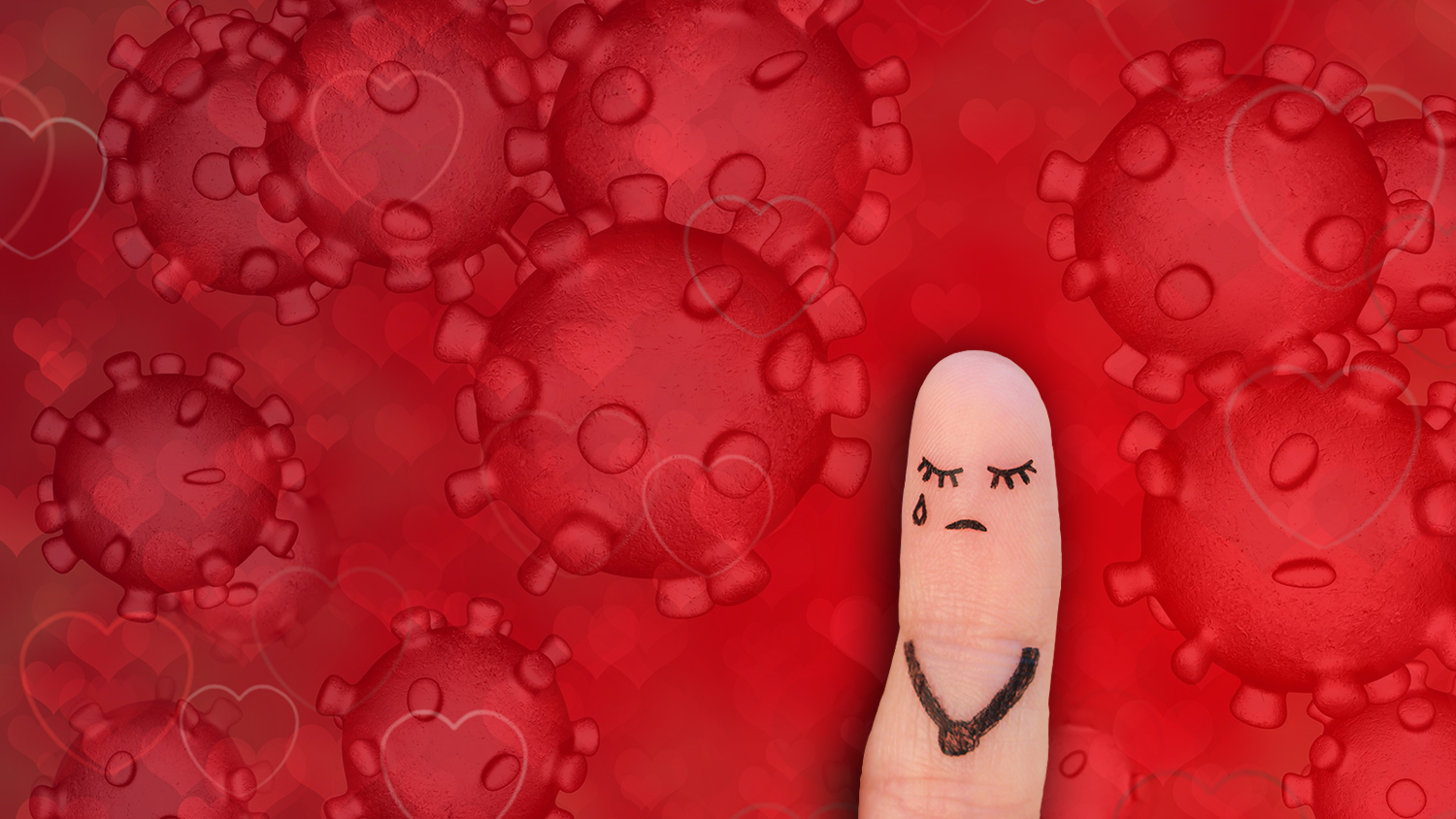 They're having a tough time, especially when the virus reared its ugly head in March. The motto ‘together against corona’ described the Dutch very well: suddenly, everyone was aware of their civic duties and locked themselves up in their own homes. As for the single people, they had to go into hibernation. But the fact that hibernating can be lonely was forgotten or ignored – something students Karina and Max know all too well.

Exclusivity is a matter of public health

Like most people, Max felt that it was his duty to cancel all his social contacts, including dating. He felt very alone. From early March to late April, he saw no one beyond his housemates. Karina did the exact opposite: she decided to ignore the duty of isolating herself. In fact, she started stocking up.

The lockdown rules had been the norm for two months when Karina decided to dust off her dating skills and dive into the single life. Some friends disapproved, of course, but that didn’t stop her. “I really didn’t see anyone but my dates, and neither did they,” she reasons.

But dating in the time of corona comes with new dilemmas. Without a pandemic going on, you wouldn’t be talking about exclusivity until a few months in. That’s usually the first milestone in the route towards a relationship: will we let go of our other (potential) romantic partners and start seeing each other exclusively? Normally, this is a private matter, but the current circumstances have suddenly made it a matter of public health. We shouldn’t be seeing too many people simultaneously. It didn’t take long for that realisation to knock on Karina's door. She was having fun dating someone, but that person expected her to cancel her other dates. She, however, didn’t want to do so, and thus decided to put an end to that potential love story.

In late April, after two months of only seeing his housemates, Max was fed up with his solitary existence and scored himself a ‘quarantine hook-up’: a girlfriend for the remainder of the lockdown. Dutch students have even coined a new term for that: quarrel, a conjunction of the words quarantaine and scharrel (hook-up). Loneliness turned out to be a connecting factor for many couples. Although Max enjoyed his ‘quarrel’, when the regulations were relaxed and his social contacts expanded again in the summer, the relationship quickly faded away.

Walks are making a massive comeback
But the most crucial question about how singles survive during the pandemic hasn’t been answered yet: what do you do with your date when absolutely everything is closed? In my view, a good date requires a)alcohol, and b)something to talk about.  Both seem absent when you’re sitting on a bench in a park. But, as it turns out, I’m wrong. Karina and Max told me about numerous ways to have a fun date. You can find a list of suggestions at the end of this article, but the absolute winner of the quara-date competition is definitely… Walking.

Talking a walk together has made a huge comeback. It’s not just for old people with too much spare time – you know, those with Nordic walking sticks and matching outdoor jackets. It turns out walking also works for young single people who are living life to the fullest and making the best of this quarantine. Preferably near Amelisweerd. If you post a picture of your walk on Instagram, then you win the millennial bingo (guilty as charged).

Max is now living a (significantly less lonely) single life, while Karina is dating someone exclusively. For her, this corona phase has offered nothing but benefits: she doesn’t have to be lonely, but doesn’t have to introduce her prela (pre-relationship) to her family and friends either. She also appreciates that things are a lot calmer: at one point, she was dating five people at the same time, and all of them required attention. She doesn’t really like keeping in touch with her dates online, so giving attention to them took her a lot of time. The same holds true for Max, by the way, who swore to himself he’ll never date online again. “It’s just too uncomfortable”.

True love can be found even amidst a pandemic 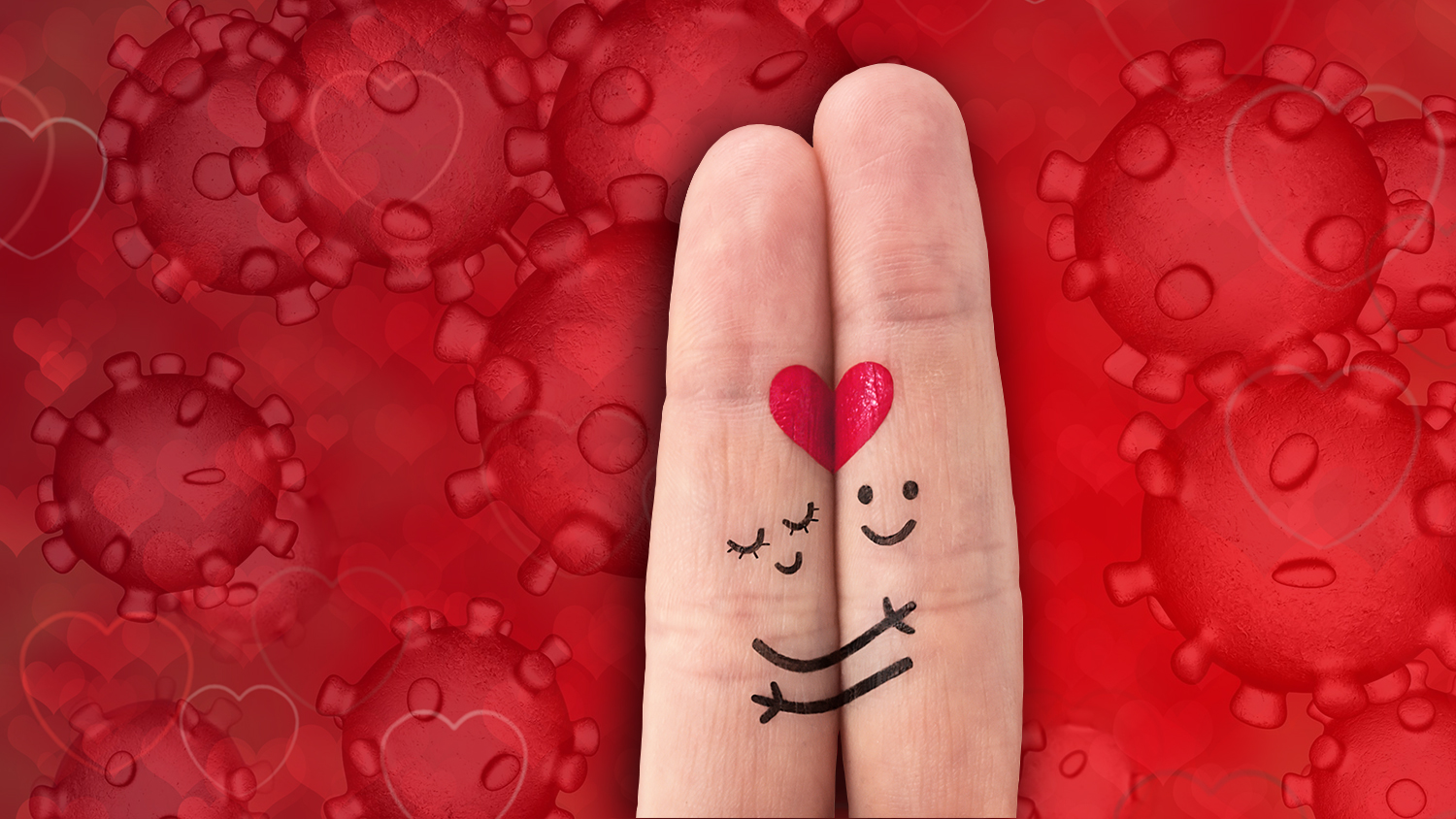 Sometimes, the quarantine actually brings people together. Such was the case for Kristel and Jimmy, who both responded to a post on the Facebook group of their housing complex, asking who would be interested in working out together. They went for a run: Jimmy quit after 4 kilometres, while Kristel ran on for another 5. That turned out to be the recipe for love at first sight: they’ve been dating for three months.

Still, corona brought some questions to the table. When one has a lot of spare time, does that mean they have to spend every single hour with their significant other? And how do you know for sure if you’re falling in love with someone because of who they are, and not because you want to fall in love? Jimmy and Kristel are solving these dilemmas by living under the motto communication is key, and they do seem very much like the kind of stable relationship one would want during quarantine. Asked whether they miss misbehaving at festivals and parties, the answer is a resounding no: games and drinks are fun, but they weren’t exactly party animals before corona anyway. Besides, Jimmy says: “We’ve seen each other drunk before.”

My amateur investigation shows that this endangered species, the single student, does seem to be slowly going extinct. That’s why they should be able to count on understanding, perhaps even more so than in March. The goody two-shoes civilians sharing their lives with a significant other don’t have to project their sense of duty onto single people – especially when that has far-reaching emotional consequences. After all, who knows how long this situation will last? In any case, I’ll let you know when I have another vision.

What to do on a date
A few suggestions from our experts, some including advantages and/or disadvantages:
● Taking a walk
● Another form of walking: geocaching. Important: this hasn't been colonised by millennials yet, so you may cross paths with many old people.
● Online escape room
● Order a beer or wine tasting online
● Cook a romantic dinner
● Museums, movie theaters and swimming pools are open again!
● Ice skating
● Looking at the stars at the Utrecht Science Park
● Play tennis or squash
● Overnight trip to somewhere in the country (which means you'll dine out)
● Running
● Ordering food from your favourite restaurant
● Jigsaw puzzles
Tags: studentenleven | coronavirus | liefde