The start of the solar energy project in Utrecht Science Park, picture DUB

After the corona crisis has passed, it’s possible we’ll all be working from home regularly, and forgoing travelling by plane, busying ourselves instead with conference calls and online studying. Great news for the climate. But it’s also possible we’ll just pick things up where we left off. If that turns out to be the case, the UU should set an example with its sustainable operations, said the members of the DUB panel (right before everyone started self-isolating).

A car-free Uithof? What nonsense, muttered well known historian Maarten van Rossem during a meeting of student co-determination members in the city centre library in late February. “How is an employee who lives in the 'Utrechtse Heuvelrug' supposed to get to work then?” Van Rossem thinks environmental and sustainability regulations are a The Hague thing. A university board is supposed to worry about education and research.

Direct cause for Van Rossem’s remarks was a discussion about the so-called charcoal sketch of the university’s new strategic plan. The plan greatly emphasises the ‘titillating ambition’ of transforming UU’s operations into a more sustainable one.

The famous Utrechter’s words resonated remarkably amongst his audience. Installing windmills, vegetarian catering, travel grants for students and teachers who travel by train instead of by plane? Some of the students present called it ‘gesture politics’, something the UU should stay far away from.

For DUB, this was reason enough to let the members of our panel respond to the following statement:

The university should set an example in sustainability. Even if those measures might cost the university money. Yes / No

Whether corona might be capable of erasing the university’s charcoal sketch for the strategic plan? Who’s to say. But our panel thinks that won’t be necessary. Shortly before the start of the crisis, the panel members were of one mind. All respondents answered a loud and clear ‘yes’ in response to our statement.

Marte Vroom, student of Social Geography and Planning:
“Practice what you preach! The UU conducts a lot of research on sustainability, and students take classes and courses about the subject. There are even entire study programmes that focus on sustainability. Moreover, many UU scientists have signed the Scientists4Climate declaration. The climate crisis is worsening, and institutions like universities should set an example, especially when government policies fail. In my opinion, they could take it much further than meat-free lunches and free train tickets: I think no flights should be organised on behalf of the UU, and catering should be entirely free of animal products. There’s no science on a dead planet.

Master’s student of Media Technology (Leiden) Ingrid Weerts, who takes courses in Utrecht as well: “It’s 2020, you really can’t answer no to this question (…). Education goes beyond lectures. Conveying that the sustainable choice is the right choice, without removing one’s freedom of choice, is also education. Providing financial benefits (in Dutch, ed.) for associations who go on international trips by train instead of by plane is a good example. A student doing a study programme that’s only offered in a few locations will barely have a choice, of course, in contrast with employees in the labour market. They can make a conscious decision to apply to work at a sustainable organisation. Studying is a right, not a privilege, and as a student, I don’t want to be forced to have to pay my tuition fee to an institution that doesn’t care for sustainability.”

Social geographer Bouke van Gorp:
“If you spearhead sustainability in your research, and do the same in your education, it should also have a place in your business operations. I think that also has to do with simple credibility – even more than with ‘setting the right example’. The added benefit is that you taking the necessity of making certain ‘responsible’ decisions (and the pressure or dilemmas that go along with them) away from the individual.”

Student of Global Sustainability Science Christoph Krüger:
“I agree with the statement that the university should try its best to be climate neutral by 2030. But I’m not in favour of compensating train tickets for students. If students or employees wish to travel long distances, it’s their own responsibility. A university shouldn’t have to pay for that. The university should focus more on the question of what climate neutrality really means, and draft a plan on how to reach that chosen goal. (…) But the most important thing might be that the university should serve exclusively vegetarian and vegan lunches effective immediately, not just as a measure to mitigate climate change, but from an ethical perspective as well.” 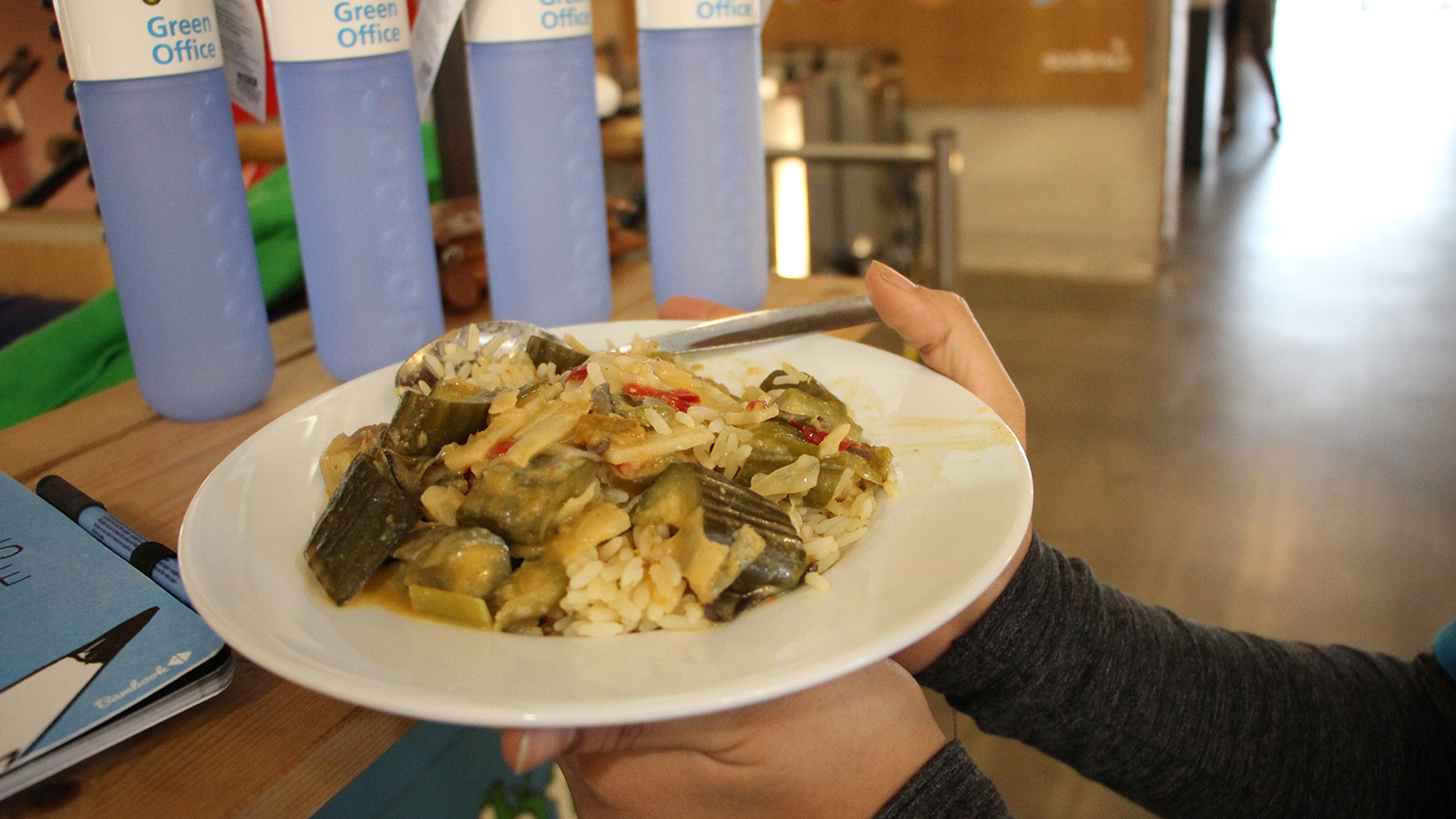 Internship coordinator at the faculty of Humanities Bart Mijland:
“Yes, the university definitely is a role model in sustainability. Academia is international. Students, researchers and teachers are responsible for quite a lot of CO2 emissions. Their flights and commutes  together amount to about a quarter of the UU’s total emissions. As university, you fulfil a societal function, as was expressed eloquently by professor Giselinde Kuipers during the Education Parade: “By proxy we are teaching society”. Our internal travel, eating, and consumption culture could have an enormous impact on the world around is. Our alumni generally work in the world outside of academia, and so this applies: ‘Learned here, means done there’.”

Student of Philosophy, Politics & Economy Mario Parolari:
“Every university should decide independently which position it takes in terms of sustainability, and which policies and measures go along with that position. But a university should at least show coherence. If a university follows a green agenda, the university itself should also be environmentally friendly in an innovative, free of stereotypes way. Take the example of the meat-free lunches. Wouldn’t it make more sense if the UU only bought supplies from local, organic farmers? That might be more expensive, sure, but it’s also more environmentally friendly than just refraining from serving meat and just buying everything else from the same large international suppliers.”

Director of Corporate Real Estate & Campus (and therefore co-responsible for the UU’s operations) Fiona van ‘t Hullenaar:
“Sustainability isn’t expensive. If sustainability costs money, it’s called charity. All our sustainability activities in our operations have a positive business case. Utrecht University is a pioneer in the transition to a sustainable society. We in particular, with all our amazing scientists and students, can show the world where the opportunities lie. We’re a knowledge institute, and sustainability is one of our four strategic themes. It’s essential that our operations follow the same ambitions: Practice what you teach. As an international knowledge institution, we can show the world that it is, in fact, possible. Good examples tend to be followed!

There still is a climate strike scheduled for next Friday. This should have taken place in a physical form in Utrecht. The question is whether striking online is as effective ...