The board of the Faculty of Humanities is reaffirming its decisions on planned cutbacks worth 2 million euros. The board members are, however, ‘sympathetic’ to the ‘serious worries’ of students and teachers.

Late April, nine program committees and 37 teachers of (art) history expressed their fears over the announced cutbacks at the faculty of Humanities. They fear that the cutbacks, worth 2 million euros, will increase the workloads and decrease the quality of the education. Although the teachers are mostly fighting against the way the actions are being taken, the program committees want to see the cutbacks called off entirely. The students are aiming not just at the faculty board, but also at the government, and the minister of Education, because they feel the humanities are underappreciated.

Why have cutbacks now?
For the faculty board, the protest was unexpected. The fact that cutbacks are necessary had already been known for some time, according to board members Keimpe Algra, Rob Grift and Ted Sanders. The faculty has been dealing with budget shortages for a while, because the number of students decreased between 2010 and 2014. As a consequence, the faculty receives less money from the government. Because there’s always a delay in calculations, the effects can be felt now. As the number of students increased slightly in 2017, you could wonder why the faculty has to have cutbacks now. Why not accept a temporary loss and deal with it with reserves, until the faculty receives more money from the government again?

It’s not a strange thought, the board members agree. In 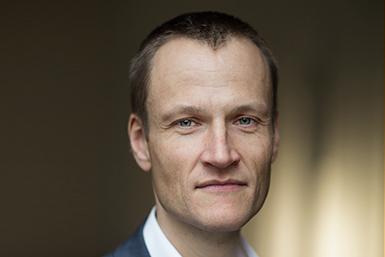 fact, it had been their strategy too, until recently. Director Rob Grift: “When we saw the shortage coming in 2015, we decide not to cut back, but instead strictly govern our finances, because we thought the number of students and the study successes would rise again. Last year, however, we had to acknowledge that the deficit is bigger, and will take longer, than we’d expected. That has led to the decision to cut back now.”

Solution for shortages comes mostly from education
One of the criticisms of the (art) history teachers is that both faculty and departmental cutbacks are all related to education. The teachers feel the other staff members should also bear the brunt of the cutbacks. Board members want to cut certain classes in both the bachelor and the master phases, the number of contact hours in some courses will be lowered, and the tutor system will be changed.

Grift says the cutbacks were chosen this way consciously. “The deficit originated from education, so that’s where we’re trying to solve it.”

According to the nine program committees protesting, this will diminish the quality of the education. “In the recent past, our faculty has already cut back substantially on education. These measures will cause important parts of some study programs to disappear, and that more and more teachers will have to work on general courses. We think the end of possibilities has been reached now. You can’t cut more courses without damaging the core of our education.” 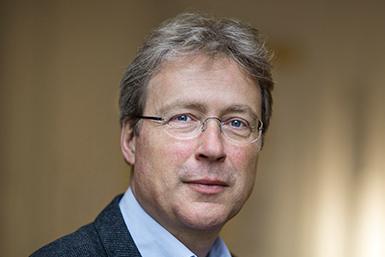 Vice dean Ted Sanders thinks that fear is unfounded. He states that the measures ‘aren’t too bad’, and that ‘the faculty’s profile remains’. There are, for instance, alternatives for the optional courses that are being cut. The faculty board is also stressing that the measures have been taken to ensure the availability of a wide range of classes for students. Grift: “In the renewal of the masters phase in 2014, we discussed whether or not to keep small programs like the master’s in Musicology. With the broad offer we have, it’s hard to be cost-efficient everywhere. But we want to have the complete offer in Utrecht, even if it means that some programs cost us money.” Dean Keimpe Algra: “We chose not to follow Groningen, where you can’t, for example, study Italian anymore. That study program has been assimilated into a study program of European languages and cultures, in which you can take Italian classes, but you can no longer follow the entire Italian study program like you can here. That does mean we’re asking for solidarity from the larger study programs.”

A thousand times ‘no’ against cutbacks
The program committee of the bachelor of History doesn’t seem to want to question this principle of solidarity, even though the study program is one of the bachelors that need to show solidarity. With its protest, it’s standing up for all programs; the committee members feel no one should cut back. A group of students is supporting this, with a petition directed not only at the faculty board, but at the government, too. They say the fundamental underappreciation of the humanities is the direct cause of the financial deficit. The petition, which they’re handing over to the minister of Education in early June, has been signed more than a thousand times so far. 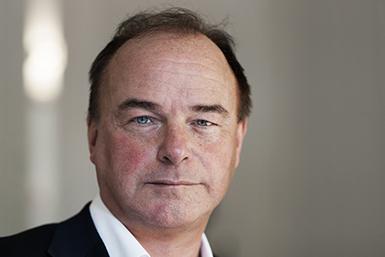 The faculty board calls the petition for appreciation of the humanities ‘sympathetic’. Algra says there’s a nation-wide action in progress, in the form of an open letter from deans, with a similar message. Marin Kuijt, who’s behind the initiative for the petition, is happy the board agrees with its message. He calls it a ‘unique situation’ and hopes the board, teachers, and students will be able to ‘present a unanimous sound to The Hague’. Although the faculty board and the people behind the initiative agree about the fact that there should be more money made available to humanities everywhere in the Netherlands, that doesn’t mean the faculty shouldn’t “continue with its cutbacks in order to stay financially healthy”, says vice dean Sanders.

The board also agrees - partially – with the teachers’ plea. Algra, Sanders and Grift say there’s no discussion about whether teachers experience high workloads or not. “There are high workloads everywhere,” dean Keimpe Algra acknowledges. He says there’s been ‘structural dissatisfaction’ about this, and the current financial plans are feeding that dissatisfaction. The three board members say that if there’s ever more money made available to the faculty, it’ll be invested in lowering the workload. Still, the cutbacks will increase the workloads, the board acknowledges. That’s temporary, however, because adapting to change always costs time, they say. In the implementation of the measures themselves, workload has been taken into account already.

The faculty spent the past week in talks with teachers and students who protested, and with the people behind the petition. The board hopes to have solved some of the issues this way. “We think we managed to explain the situation and to make clear that we can understand the general sentiment, but simultaneously back these cutbacks.” For the makers of the petition, the board’s explanations have not solved their issues. Their arguments have not changed after the talks. The writers do feel they’ve made some specific progress in another point students fight for: getting students get involved with, and informing them about, these measures.