Most students not eligible for municipal energy allowance

“I don’t understand why I'm not getting this compensation. Just because the energy contract is not in my name?” complains UU student Rob Maas, who lives in the Tuindorp-West Complex. Student housing provider SSH is responsible for arranging the building’s heating and electricity, which is why Rob doesn't have his own contract with a gas and electricity provider.

“I can’t move to a cheaper company on my own. The average energy use of the entire flat will be used to calculate the final bill at the end of the year, so there’s no point in reducing my consumption. After all, I'm paying for all my neighbours’ consumption too.”

When the energy allowance at the national level became effective this summer, Rob went to the municipal office to ask for financial support but his request was denied because the national regulations exclude students.

That was long before the municipality reserved extra funds to compensate people for the rising energy costs through special assistance. Rob then lodged an objection. “I’m still waiting to hear about that. If I’m not compensated through that route, I don’t expect the special assistance regulation to work out for me.”

Additional funds
Through special assistance, a greater number of Utrecht residents are entitled to financial support to cope with the mounting energy bills. At the end of September, the municipality reserved almost seven million euros for this purpose. Students can also use this regulation to apply for an energy allowance of 1,300 euros.

“Students in a tough financial situation due to high energy bills are eligible for compensation too. That is why the municipality is now offering students the opportunity to apply for special assistance”, the municipality writes on its website (in Dutch).

When do students receive the municipal energy allowance?
Students should meet a couple of requirements to be eligible for the energy allowance through special assistance: first, the energy contract should be in their name. Secondly, the bill should cost a minimum of 76 euros per month. If the student satisfies both of these requirements, the municipality of Utrecht will examine their ability to pay the bill. This calculation takes into account the maximum amount one can loan from DUO (932.87 euros), regardless of whether the student borrows the maximum amount or not. If a student's expenses are relatively high because of a high rent combined with substantial gas and electricity bills, then an energy allowance is allocated to them.

The  exact number of students currently receiving the energy allowance via special assistance is not known at the moment. At the time of application, there is no distinction between students or non-students, according to the municipality.

“Most students living a student housing complex have no energy contracts of their own,” states Marieke Ruijgrok, spokesperson for the municipality of Utrecht. “So they most likely won’t be eligible.” Ruijgrok acknowledges that a tailored approach is necessary, should a student “truly get into trouble.” 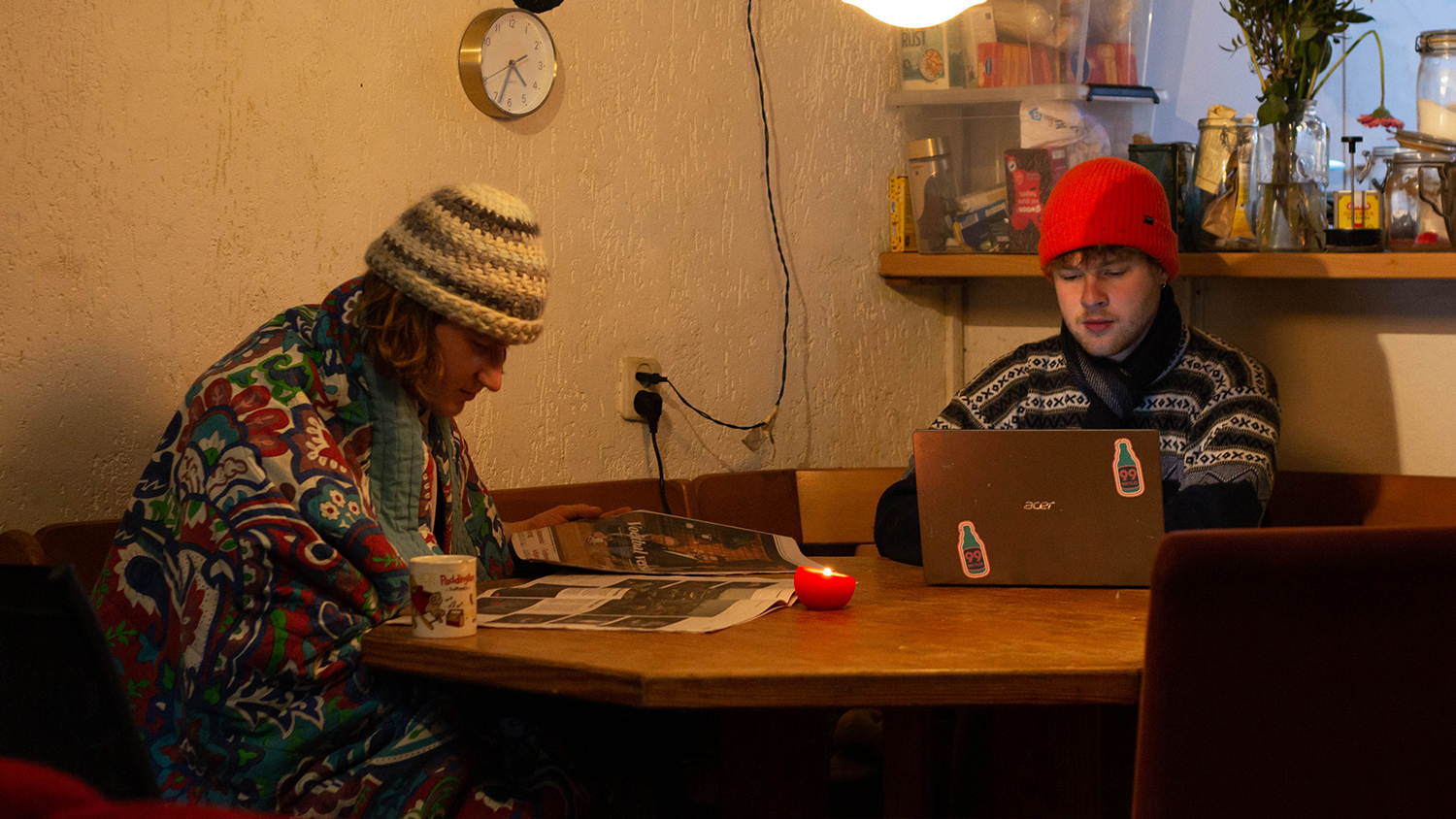 No individual contract
Student housing organization SSH, for instance, buys energy, gas and heating in bulk for its tenants, of whom there are some 13,000 in Utrecht. SSH arranges the gas and electricity contracts of 180 of the 245 buildings they own in the city.  This number includes some of the largest student complexes, such as IBB, Tuindorp-West, Sterren and the flats in the Utrecht Science Park (USP). In the remaining SSH buildings, tenants are responsible for arranging energy contracts themselves.

Student Tristan Staupe rents an SSH studio in the Utrecht Science Park and he does not have his own energy contract. The gas and electricity bills for his flat are set to quintuple from January onwards, going from about 25 euros to 133 euros monthy. The steep increase was the reason he and some of his fellow inhabitants have started a petition titled Everyone in the Netherlands gets an energy allowance, except those living in the Utrecht Science Park.

“We are aware that the allowance doesn’t apply to us. Fighting that regulation does not seem a likely path to victory for us”, says Tristan, explaining that the petition’s initiators are not exactly pleading for an energy allowance for all students. “But the ones who are suffering from the sharp rise in prices should be eligible for an allowance. After all, most students are minimum-wage earners.”

Financial trouble
Some of Tristan's are indeed having to tighten up the belt. But, for him, the consequences were not as severe. “I will have to work more but that’s doable for me. I talked to several students who have reached their limits when it comes to work. They fear that working more hours will be detrimental to their studies, which may ultimately delay their graduation. No one wants to delay their graduation over gas and electricity bills."

“Some people told me they don’t really know what to do. They can’t just ask their parents for money, as they are dealing with the mounting costs themselves, maybe they're struggling with the inflation even more than their children. Others are considering moving house as a last resort.”

Tristan doesn’t feel as though he is being excluded from the benefit just because he is a student. “This is a rather complex problem and I don’t think the politicians in The Hague are out to get us. But I do empathise with the students who do feel that way. I’ve talked to many people living in our building who say things like: ‘This is the umpteenth time students are being disregarded.’ And then they mention the interest rates on student loans, for example.”

National support
The municipality of Utrecht says they are “very worried” about the decline in purchasing power, which also affects students. Ruijgrok: “Students struggling to make ends meet should be compensated for the rising energy costs too.”

The municipality attributes the responsibility to the national government: “We think that financial aid for students is a task for the national government. According to us, this could be arranged through DUO in a much more efficient way. We have stressed this continuously, together with other university cities and through the Association of Dutch Municipalities”, Ruijgrok declares.

“We hope that the government will respond quickly and help students cope with the energy prices. The solution the government is currently offering via individual assistance at the municipal level is both laborious and time-consuming.”

Students living with their parents
The national government refused to give an energy allowance to students because their living situations are “very diverse”, in the words of the Deputy Prime Minister, Carola Schouten. “About 50 percent of university students still live with their parents, so they have no energy bill of their own. Of those who moved out, a significant part has rental contracts that include gas and electricity costs. Or they have a shared energy bill." By providing an allowance at the national level, the students who still live with their parents would also be eligible.

What are the energy-related measures being taken right now?
From January 1, 2023, there is going to be an energy price cap a price for households and other small consumers. The goal is to have them pay less for gas and electricity. Moreover, these households will receive a receive a discount of 190 euros on their energy bill in November and December. Many student housing complexes use block heating, which causes their total bill to surpass the price cap. As a result, they will be forced to pay regular prices without discounts. The government is looking to compensate people living in places with block heating by allocating a fixed amount through the tax office. Finally, minimum wage households are eligible for a national allowance of 1,300 euros. But the benefit excludes students, whose only alternative is to apply for an energy allowance through special assistance at the municipal level — but that requires having their own energy bill.