Promising student Kinan: ‘I want to solve the problems migrants face in The Netherlands’

Kinan Alajak is one of the fifteen promising students on DUB’s annual list. A student of Economics, he came from Damascus to the Netherlands four years ago. But he is also a researcher and a social entrepreneur helping other newcomers. “People ask me if I&#39;m a refugee. Why do they even need to know that?”

Kinan (26) lived in Damascus until he was twenty years old. He studied Information Sciences and English literature in Syria, but left the country before he could finish his degree. He arrived in the Netherlands four years ago, following a migration journey through Turkey and Germany. Now, he studies Economics & Business Economics at UU and works with English education and development psychology. Recently, he's started his own independent research group, called the Refugee Wellbeing and Integration Initiative (RWII), alongside other researchers from Utrecht University. Considering all the activities he's involved with, DUB sees a bright future ahead of Kinan, which is why he is one of the promising fifteen of 2021.

You fled the war in Syria, yet you find the term 'refugee' extremely loaded. Why?
“We need to think carefully about why the term 'refugee' is used and what for. I think the position of refugees is too exposed. Many people feel entitled to know things about me, like 'where are you from?Are you a refugee? Are you happy here? Do you think about going back? Do you still talk to your parents?' These questions do not give me an equal starting position for a conversation. Where is the mystery? Where is the right to tell my own story and define what I want to focus on?

“I identify with the term newcomer. This is a social term, and many people fit under that umbrella. A newcomer can have any kind of background. Refugee is a legal term, and legal matters are always confidential. I’m surprised when someone asks me 'Are you a refugee?' or 'Are you here on a student visa?' We don’t normally ask people about their legal papers. In the United Kingdom, it is illegal to ask someone if they are a refugee. Why does someone need to know about that?”

But you do use the term refugee in the Refugee Wellbeing and Integration Initiative.
“We are very careful about the terminology we use for our organisations. We want our clients to feel represented, not alienated or excluded. So, for the English Academy for Newcomers (EAN), we used the term 'newcomer'. For the RWII, it was a difficult decision for us to use the term refugee in its name, but we work with policy and the government, so we have to match their terminology.” 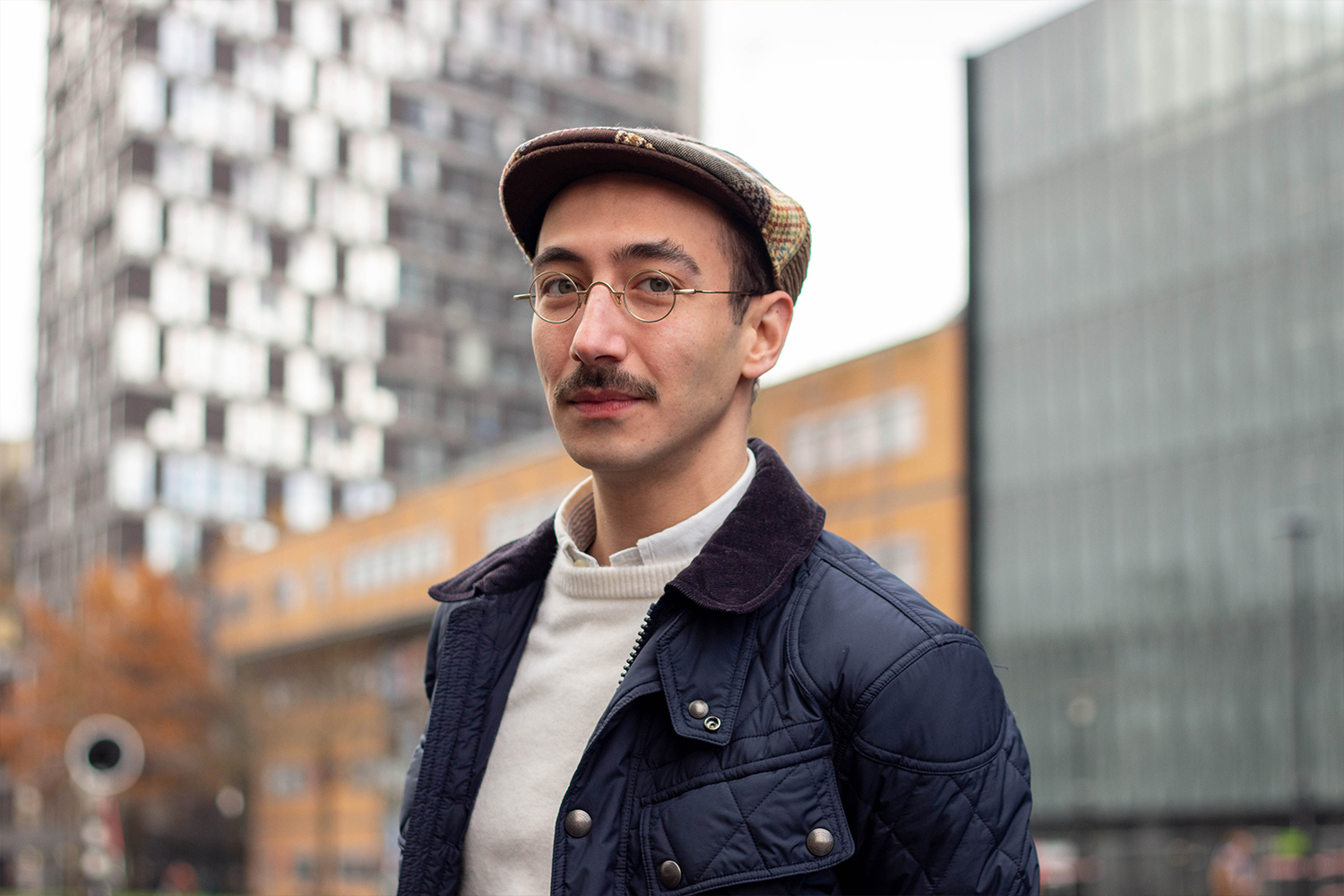 You started the English Academy for Newcomers — an English school for highly educated migrants looking to advance in their academic and professional careers — the same year you arrived in the Netherlands, right before you started studying at UU. How did you become EAN's co-founder and director?
“When I arrived in the Netherlands, many refugees came to me for help with their English skills, so I wanted to set up a course. I heard about an initiative related to an English language school and joined them as a volunteer teacher. I soon noticed we could do much better. There were many drop-outs and a big variety of classes. We thought it would be better to focus our efforts on a specific service. I found out that many of the students were educated and wanted to learn academic English. So, I devised a plan and presented it to the initiative.

“The organisation was still in its grass roots. I took the lead in reshaping and growing the organisation. We registered it as a non-profit, built up the board, and went ahead with a new name: English Academy for Newcomers. I did not know how to do any of this, but we figured it out. At first, I did not want to get involved with the administration, but I had these ideas and they needed someone on the ground, so I could be that person.”

Why did you decide to step down in September?
“I am still the chair of the board, but I'm not the executive director anymore. I stepped down so I could focus on my new initiative, the RWII, of which I am the founder and director. EAN actually gave me the idea for RWII. We monitor the wellbeing of refugees. We can teach English perfectly, but if the student is not in a good place psychologically, they will not even get 50 percent of the service.”

What do you want to achieve with the RWII?
“I noticed that there's no good information about the journey of a migrant in the Netherlands. We need to see what’s working and what’s not, and see the bigger picture. That’s what we are doing with the RWII. You cannot expect migrants to press a reset button, forget their traumatic experiences, and start learning the language, studying or looking for a job. They have issues to deal with.”

And how did you go about establishing the RWII?
“I approached Karin Geuijen, one of the teachers I had taken a course from. I really wanted to work with her because I think she is a great example of the academic we need in today's world: someone who is open to the migrant community and consistent with diversifying perspectives in her teaching, research and field work. I knew she would be interested, so I approached her with the idea and she liked it. We thought it through and started recruiting researchers one by one.” 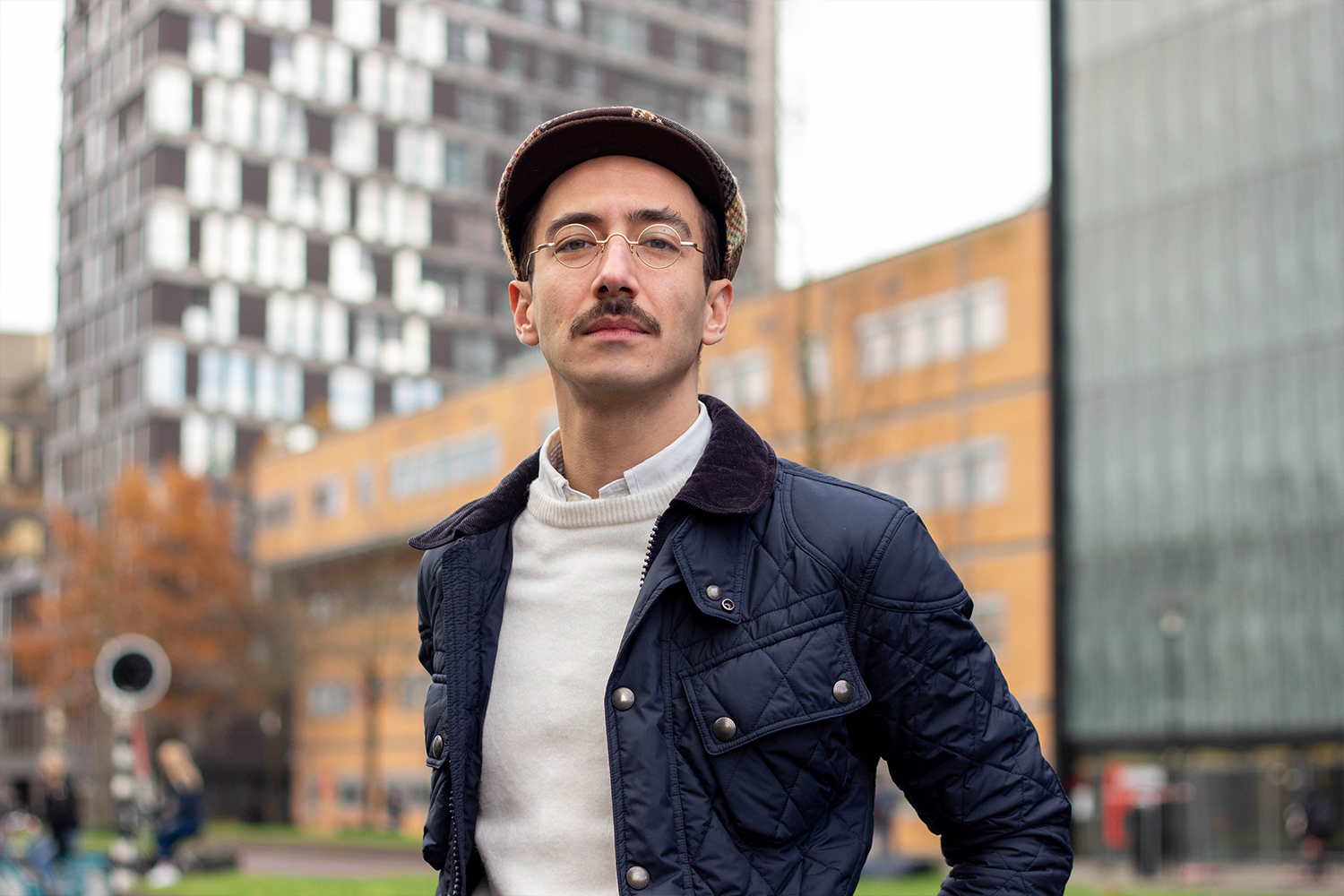 Since 2018, you’ve been studying Economics & Business Economics at UU. Why economics? This is very different from what you studied in Damascus.
“Throughout my journey, I have seen the rise of the LGBT movements in Turkey. I’ve seen the revolution in Syria. I’ve seen the advocating of medical care for LGBT people in Berlin. And I have myself experienced being on the wrong side of policy. All of that was very fascinating to me. My interest lies in political economy and policy, and I thought economics could be a good entry point to that. The programme turned out to be more focused on the corporate side though, which was a bit of a disappointment.”

You were nominated twice for the Societal Impact Award of the faculty of Law, Economics & Governance. In 2018, you were nominated because of EAN, and in 2020 because of the RWII. That's very impressive, but you didn't win. Were you disappointed?
“I don’t mind not winning the award. I’m happy that I was nominated in the first place, and that people are doing even better. But as a young, social scientist, these nominations are quite crucial to me. I am not a great student. I don’t score nines and tens, because I am working and publishing and researching. So it's important for me that this work is recognised. It’s a credential. I want to pursue a PhD, and for a PhD position they want someone with a high GPA, which I don’t have.”

During your Bachelor's, you also worked for the department of Developmental Psychology on Karakter, a research project about how traumatic experiences can have a positive effect on a refugee’s life. Since October, you're also part of the Equality, Diversity & Inclusion (EDI) task force for the department of Economics. It seems like you do a lot.
“I have a lot of ideas. I am visionary in that sense. So many things intrigue me. I am passionate about exploring the complexity of a situation, about hearing problems and solving them, like a puzzle. And I think I can do that, because I have such a broad experience from different disciplines, reading different literature and research, being in different places, and experiencing many changes.”

You have broad interests, but your research mainly focuses on one topic: migration. Why is studying migration important?
“Studying migrants is crucial. They come from all kinds of backgrounds—education, language, financially—and all of them encounter the same policies. Sometimes they are restricted by these policies, and sometimes they are encouraged by it. Studying refugees can tell us a lot about the institutions that they deal with and the effect policies have on them. When a migrant has a problem, oftentimes it is not their problem, but the problem of the bigger system. A small controlled group can in this way show how to improve systems for the bigger population. Like the Dutch who struggle with, for example, the labour market. Migration studies is not just about migrants.”

How do you manage to keep all the balls in the air? Do you have any spare time?
“I thought I had, and that was a problem. I was taking on too much. I felt like there were many things that needed to be done, and that I could contribute to. I thought that working hard was normal for migrants in order to get respect and to get to the place they want to be. It took me some time to realise that I don’t have to do so much. Now that I try to not take on too much, I know what spare time is. Now I know how to plan a dinner with friends, for example. Before, it was always happening to me.”