Residents De Sterren are fed up with partying internationals

Ever since students Younes (27) and Hidde (25) can remember, there has been trouble in student complex De Sterren: the international students who spend a semester in Utrecht regularly keep them awake at night.

In depth
By Noortje van Bentum on 01/31/2020 - 13:10
Read in Dutch
In the back of the grounds of student complex De Sterren at Rijnsweerd-Noord, roommates Younes and Hidde live together with seven others on a floor in the Weegschaal residential tower. This tower is right next to the Waterman residential tower (both named after the zodiac signs), where about a hundred international students are studying in Utrecht for one semester. Every year, about three groups of internationals arrive who disturb the peace of the residents.

The room of student journalism Younes is closest to the residential tower filled with internationals. "They are always incredibly loud," says Younes. “Therefore, you just can't sleep. Certainly on Tuesdays, there is club night in the Puma. Sometime between half past eleven and half past one they finally head that way, with a lot of yelling and screaming. And their return early in the morning is not without noise either. 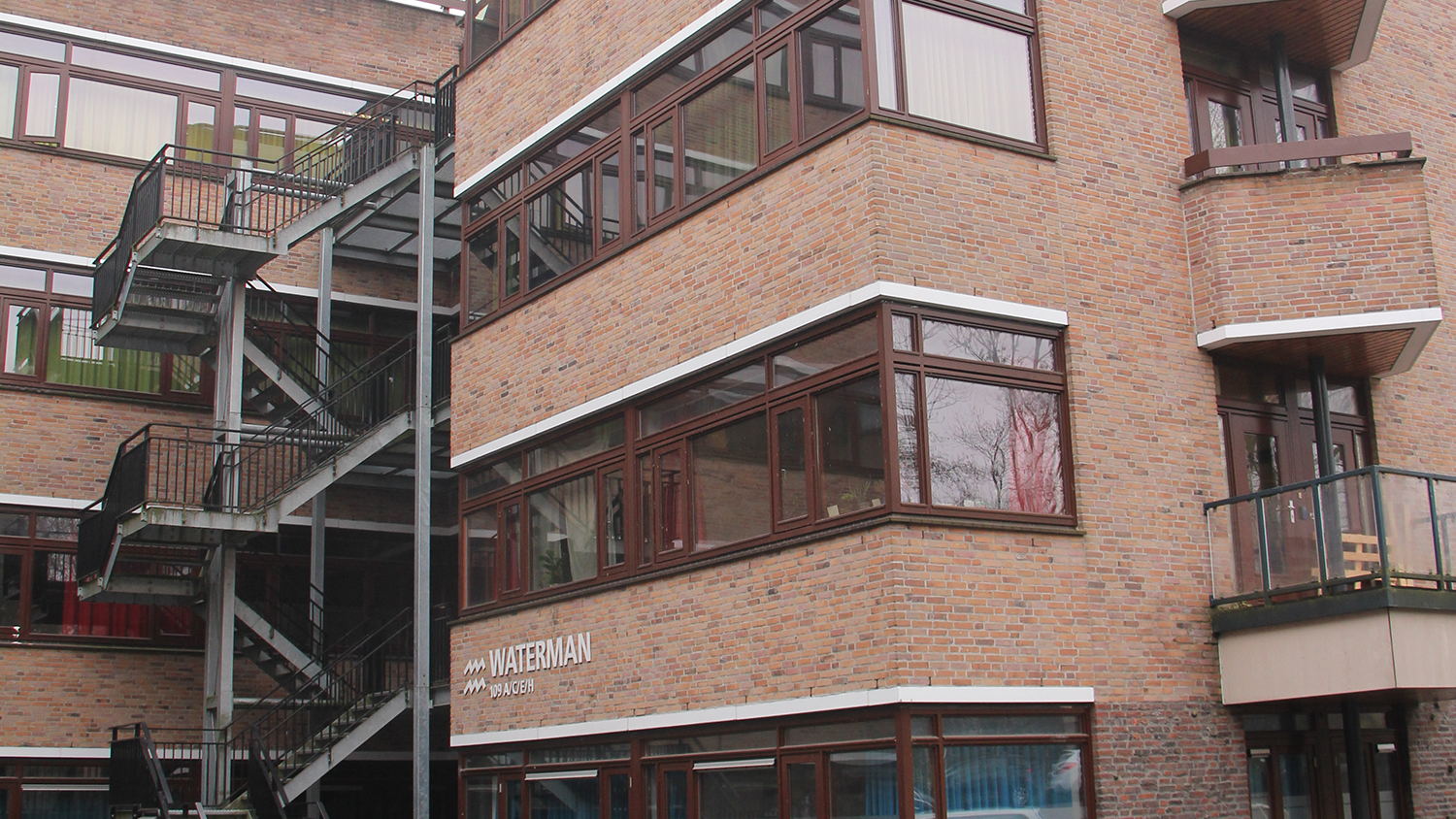 Because the neighbours are so incredibly loud, Younes has often been unable to sleep at night. Other residents of the Weegschaal suffer from the noise that their international neighbours make as well. Younes plays a sound clip from December where a group of students are singing loudly outside. Addressing them is often not an option. “A previous group of internationals once, in a drunken stupor, threw bicycles of the residents onto one large pile. We then tried to say something about it, but we were threatened. That is why I prefer not to interfere anymore."

Biology student Hidde agrees with Younes. “They only study here for half a year. The short duration is the main problem. For them, the Netherlands is a paradise of weed where you can go out every night. Therefore, it feels like a vacation. If you throw those people together in a group, it will become chaos."

It echoes enormously between the houses

The international neighbours understand that there may be noise nuisance. "Here in the house, there are two residents who make a lot of noise," one resident explains. “Recently, one of them was crying outside at 4 in the morning, I don't know why. But that echoes enormously between the houses, so I understand that you can't sleep because of that.” On another floor, a resident says: “We do party more than the Dutch across from us, because we live here for a short time. We want to have fun. But with this cold weather we are inside a lot, so we can't be bothering them that much. In September, it was the people across from us who sat outside almost every night until late."

The fact that the house of Younes and Hidde is bothered by a number of residents of the short stay-flat who noisily leave or return home is a surprise to these two internationals. "That only takes a minute."

The international students are not the only ones who cause nuisance to the other residents sometimes. The Dutch students understand that all too well. They give a house party once every six months as well. “But we, just like other residents, just clean up our mess the next day. The internationals throw bottles down to the ground, laugh about it and leave them there.”

There are new students every year. It’s never-ending

In the meantime, the duo from the "Weegschaal" says the nuisance has reached intolerable levels. They do not dare to address the internationals about their noisy behaviour after they have been threatened, even though they would prefer to solve the problems themselves. But that is difficult if you have to meet a new group of students every few months.

Hidde and Younes find it difficult to submit complaints to the house provider SSH or the housing board. They do not know exactly where they can go with their complaints. "Of course, I have looked for a place where we can report nuisance sometimes," Hidde explains. "I thought maybe I could take it up with the housing board, but that seemed pointless to me." Younes: "I think the housing board can do little about it. Every year there are new students in the building. It’s never-ending." Hidde thinks that a firm briefing in advance could already help the students. “I don't know exactly what the SSH is doing now to welcome new residents, but if they explain that it is noisy here and that nuisance is not okay, then I think that the internationals will take others more into account."

They have also regularly thought about possible solutions to reduce nuisance. "A central reporting point where we can place our specific complaints could help," Hidde thinks. “Or a different way in which we could all keep track of how often it happens. For us, it feels like a structural problem. That way we could visualise how often it happens. And maybe the SSH could think about dividing the group of internationals. Now, they are all sitting together and the loud people attract each other. Perhaps the nuisance will change if you distribute them differently across the complex."

The housing board indicates that they know nothing about any nuisance caused by the short stay students. "In the summer months, many students sit on the grass and sometimes tend to leave a mess behind," the board said. "But those are certainly not just internationals." The housing board thinks it would be a good idea to sit down and talk about the alleged nuisance with both Dutch and international students. 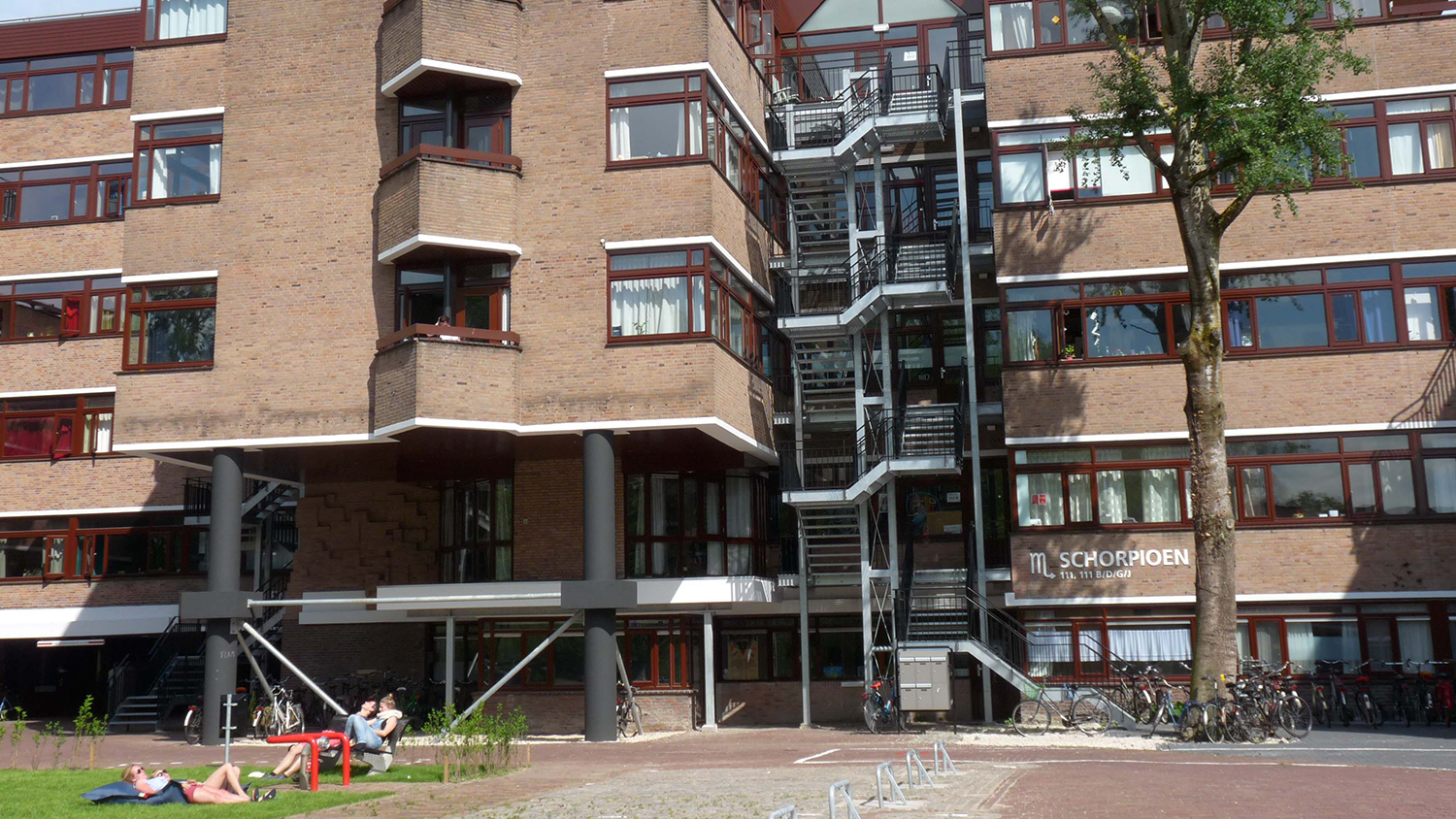 The SSH is unaware of any nuisance as well. "We have not received any signals about serious disturbance or noise nuisance," says a spokesperson. “We are always open to residents who have complaints, preferably as specific as possible. In addition, our manager Ted has been present at De Sterren every day for years and students can always approach his office with questions and complaints.”

The SSH has considered the redistribution of international short stay students more often. “We do that in different ways in Utrecht. Sometimes those students all live on one floor, such as in De Sterren, and sometimes they live more scattered throughout the building. There is a disadvantage to separating internationals: you may feel less at home as an international if you are placed in a house or on a floor with Dutch students. If you live with students who follow a similar programme and stay in the Netherlands for only six months as well, you will make contact with each other easier.”

Younes and Hidde like the idea of notifying the manager in case of nuisance the most. Younes: “We may be able to ask Ted to confront others more often. He can do that in a friendly accessible way, without extra hassle."

Younes is sceptical about the idea of not putting the internationals that live in Utrecht temporarily together in a house. “Even if you separate them, you would still have nuisance. I really think that the short stay internationals don’t care about the rules. The SSH will not send them back or put them somewhere else. They are only here for a short time. For us, the nuisance keeps repeating itself."

If there would be a redistribution, Hidde and Younes would want to take in an international. "As long as it's one international at a time, I'm fine with it," says Younes. “On your own, I think you're putting in more effort to be part of the group. If you are with others, you form a clique in the house soon."