The student section of the University Council wants a ban on handing in assignments on paper. Teachers must all start grading digitally, because it is more sustainable. The Executive Board is interested, but is a ban the right thing to do and are teachers and students ready for it?

The student section of the University Council wants a ban on handing in assignments on paper. Teachers must all start grading digitally, because it is more sustainable. The Executive Board is interested, but is a ban the right thing to do and are teachers and students ready for it?

Students Nienke Prins and Sarah van Driel of the University Council have asked the Executive Board to prohibit paper submissions and to oblige teachers to digitally grade the assignments. The benefits? It is more sustainable, a step forward in the digitisation of education, it saves students time, and it also saves the students and the university a lot of printing costs. 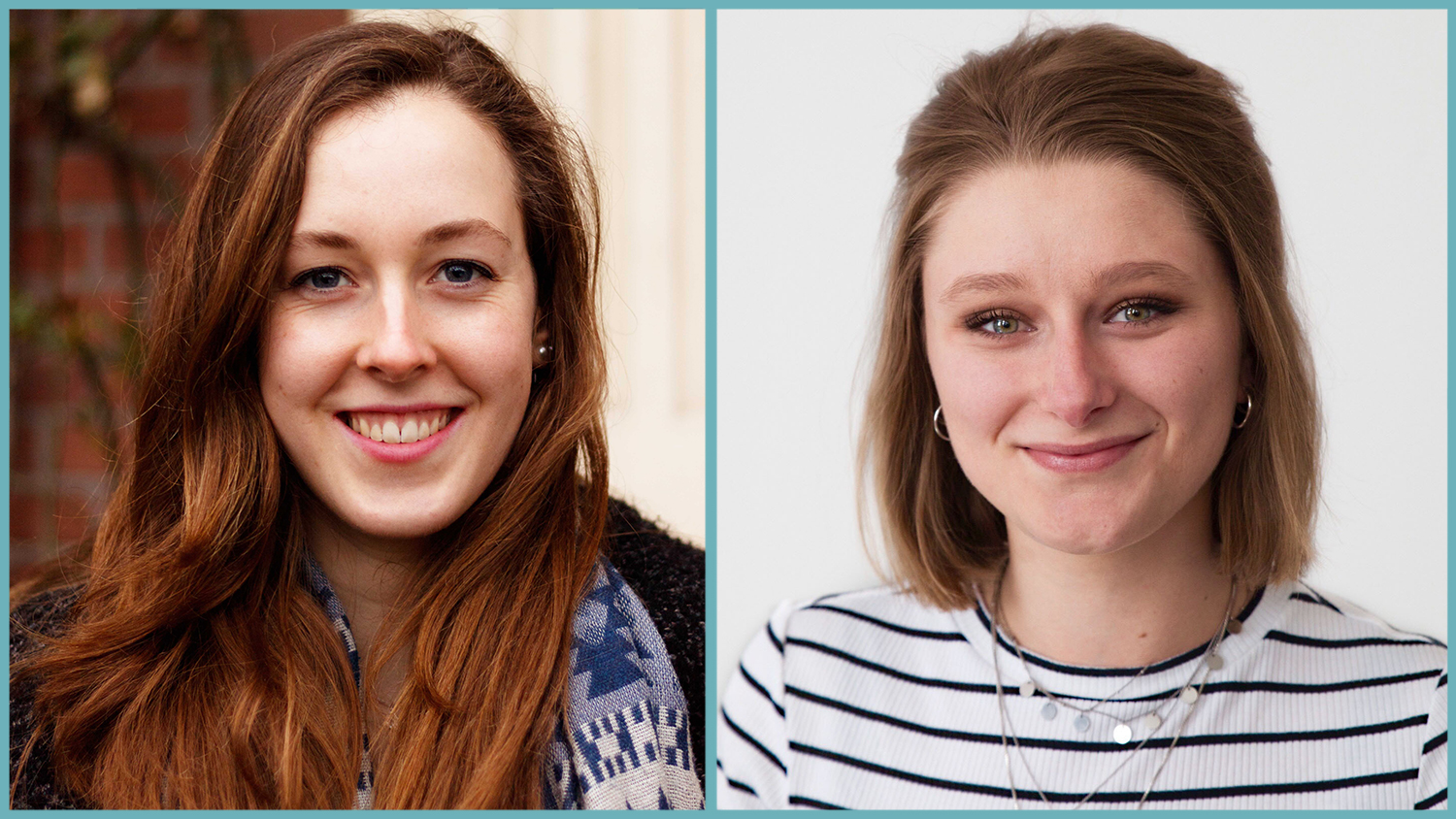 The duo has written a memo on this subject which was recently discussed in the University Council committee Education, Research & Students. The memo states that it is still common practice, especially in the faculties of Science, Geosciences, and Social Sciences, to hand in an assignment on paper. In the near past, the Faculty of Law, Economics and Governance was quite familiar with this as well. Initiator Nienke Prins says that as a first-year student of Law she often had to hand in an assignment in duplicate together with 700 other first-year students. That is not very sustainable nor very modern, she thinks. It is her indignation about this that caused her to become interested in policy, which eventually resulted in a place on the University Council. "Sustainability is bigger than us and UU. This ban is a good opportunity to not only reduce paper wastage, it also sends a message to everyone. I hope that through our proposal and its implementation by the Executive Board, students will become more aware of the impact of printing behaviour on the environment".

Something from the past

This sentiment is shared by Fred Wiegant, who teaches evolutionary biology and, in the past, also asked his students to submit assignments on paper. "But I haven't done that for some time now. For the environment, of course, it’s better if everything is digital." For him, the advantages of a printed piece are that he doesn't have to look at a screen, you can easily underline things on paper or make notes in the margin, and you can read the work anywhere. He admits that it may be a thing of the older generation, among which he includes himself as well. "The use of paper is a little more natural to us."

The students are more accustomed to handing in digitally than physically. Muriel Motaleb, also a law student and student member of the department management of Law, encounters paper assignments from time to time as well ("four times in three years"). This is becoming less and less, which she likes very much, because in addition to considerable environmental savings, it is also much more practical. "Last year, we had to hand in a physical copy of a take-home exam in a pigeon hole at the reception on a Friday morning. For students who don't live in Utrecht, this is of course not ideal and I furthermore remember that there was a long queue in front of the printer until minutes before the deadline!” 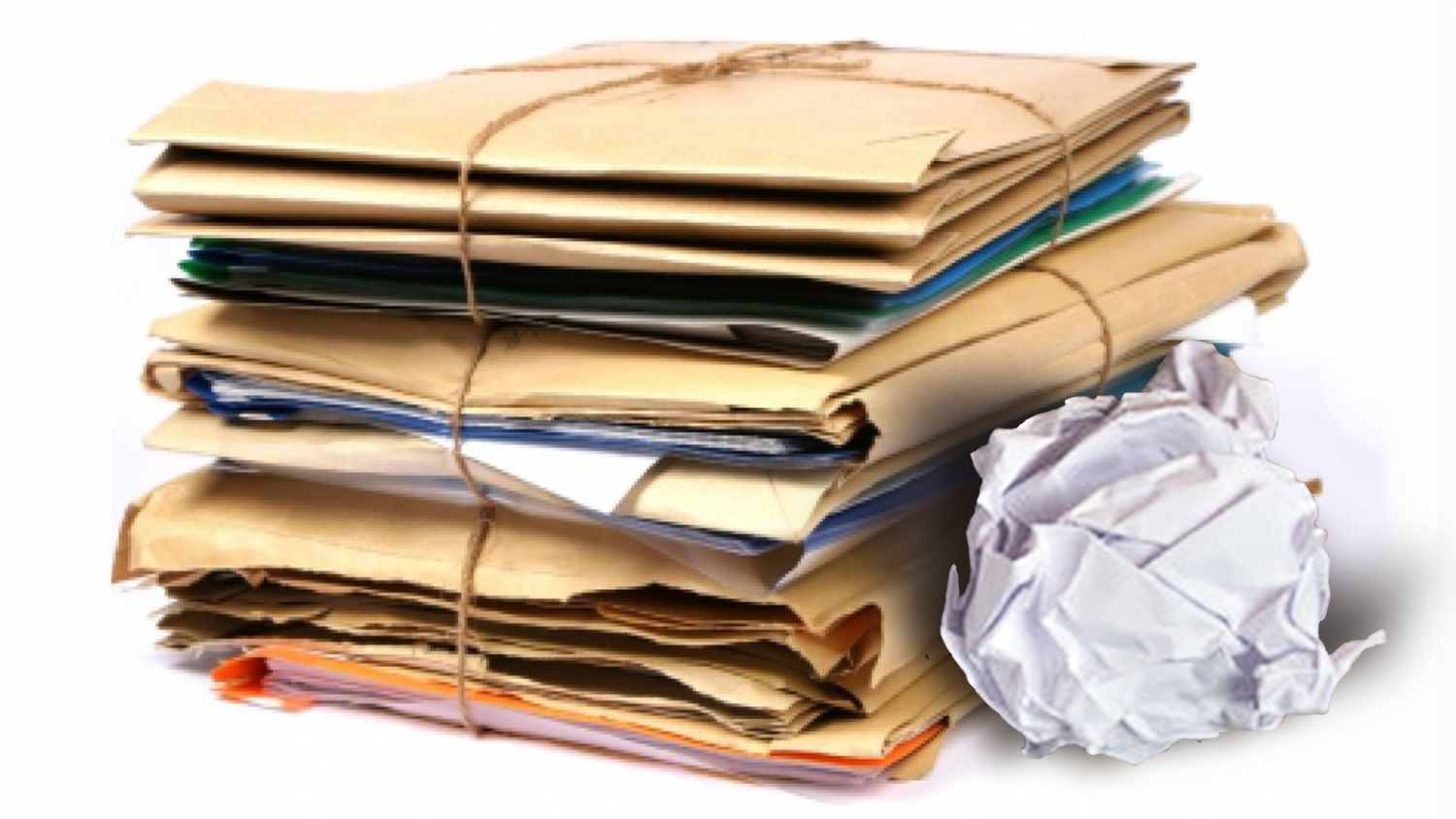 For students, the paper age seems to have come to an end already, senior lecturer in Geosciences Ben de Pater observes. He still regularly asks his students to submit papers. He sends these back to the student by mail, so that he can be sure that the students will actually read his feedback when they look for the grade they received for the paper. "I started doing that because only a small number of students came to me to pick up their paper, while you can learn from the feedback." The students must hand in their paper in an envelope addressed to themselves. "But apparently they found it difficult to find the right way to write their name and address on an envelope, about 20 percent does not succeed. In the past, these would be returned as undeliverable. Nowadays, I draw an envelope on the blackboard and show how to correctly write down a postal address. And even then I sometimes have to rewrite addresses." He prints the assignments that can be submitted digitally, because at the end of a period he often has about 300,000 words to check. He doesn't find it comfortable to do that on a screen. The environmental problem of printing is not that big, he says. "Paper can be recycled seven times before the fibres are so short that that it is no longer possible.”

A ban on paper is not necessary
Teachers do not consider a ban on 'paper assignments’ to be necessary.  According to them, it has been the trend to work digitally for a number of years now. Bald de Vries also sees it that way, both as a teacher and as a lawyer. "I would rather see a nudge than a ban. To say that these lecturers would then print the papers themselves is also a bit far-fetched in my opinion. We can think about that a bit more." Laurens van Meeteren, lecturer in Biology, agrees as well. "Prohibition seems to me to be a patronage we as teachers don't need. Encourage the alternative, show good examples of how it can be done, but don't go and set up extra rules with prohibitions."

According to Nienke, it is not the intention for teachers to print digitally submitted work themselves. Initially, there were also proposals for 'digital examination tools' in the memo in support of their proposal. "But on the advice of the staff section, I took that out again because every instructor grades differently and it is therefore not good to oblige them to use the tools.”

Nienke hopes that the Executive Board will soon abolish 'paper assignments'. UU can take an example from Tilburg University, which had already started to reduce paper assignments in 2014. Since July 2019, says Nienke, all assignments there have only been submitted digitally to the satisfaction of teachers and students. She also believes that this change will not meet with much resistance, because the staff group rejuvenates as well. But the 'older' generation has also become a lot more digital, says teacher Wiegant. "I prefer to read a paper book, but on holiday I take the e-reader along with me for convenience.”