Tug of war between students, neighbours and municipality about future USP

Students would like the Utrecht Science Park to be more lively, with more sports fields and sport halls and, of course, a bigger supermarket. The neighbours don&#39;t welcome the idea of having windmills on campus, and they&#39;re not so sure about the traffic plan either. In short, that’s the critique the municipality has received on its future plans for The Uithof. They have been slightly adjusted, but barely meet the conditions of the complainers.

Last June, the municipality unveiled a document (available in Dutch only) laying out its plans for the Utrecht Science Park (USP), to be carried out until 2040. For starters, the USP has gotten the green light to expand, which means there will be more workplaces, more houses and an international school for primary and secondary education. In addition, more lanes will be added for cyclists and pedestrians. The idea is to make the USP more sustainable, and that includes generating more solar power and installing wind turbines. Finally, students will benefit from more caterers and additional sports opportunities. If you want to know more, DUB published an extensive article about the announcement at the time.

The municipality's vision for the area has been devised in close collaboration with Utrecht University and the USP association, among other parties. Until the end of July 2021, the public was welcome to comment on the plans. The municipality received a total of 85 responses, coming from individuals and organisations such as residents' groups, nature associations, the province of Utrecht, and the Utrecht University of Applied Sciences. Although the municipality has addressed the reactions, it looks like they haven’t led to any significant changes. The document and the reactions it received will still be discussed by the Spatial Development, Land and Property Committee and then by the Municipality Council. It is not yet known, however, when this topic will be on their agenda.

Here are some of the issues raised.

By far, most comments from students were about the municipality's plans regarding the supermarket. Those living in the USP have been asking for a real, large supermarket for a long time, as they often have cycle to Bunnik to get cheaper groceries. One Uithof resident said he had a pessimistic view concerning the livability of the future USP if the municipality does not manage to place a decent supermarket there. Students are critical and disappointed when they learned that the municipality is only going to allow the current supermarket, Spar, to grow a little at another location within the USP, but there will not be a full-service Jumbo of an Albert Heijn. According to the municipality's plans, the expanded Spar would be located at the new building site on the Archimedeslaan Avenue in Rijnsweerd, about 1,500 metres from the student flats. The municipality also stated that a greengrocer and a drugstore will be welcome at the USP. 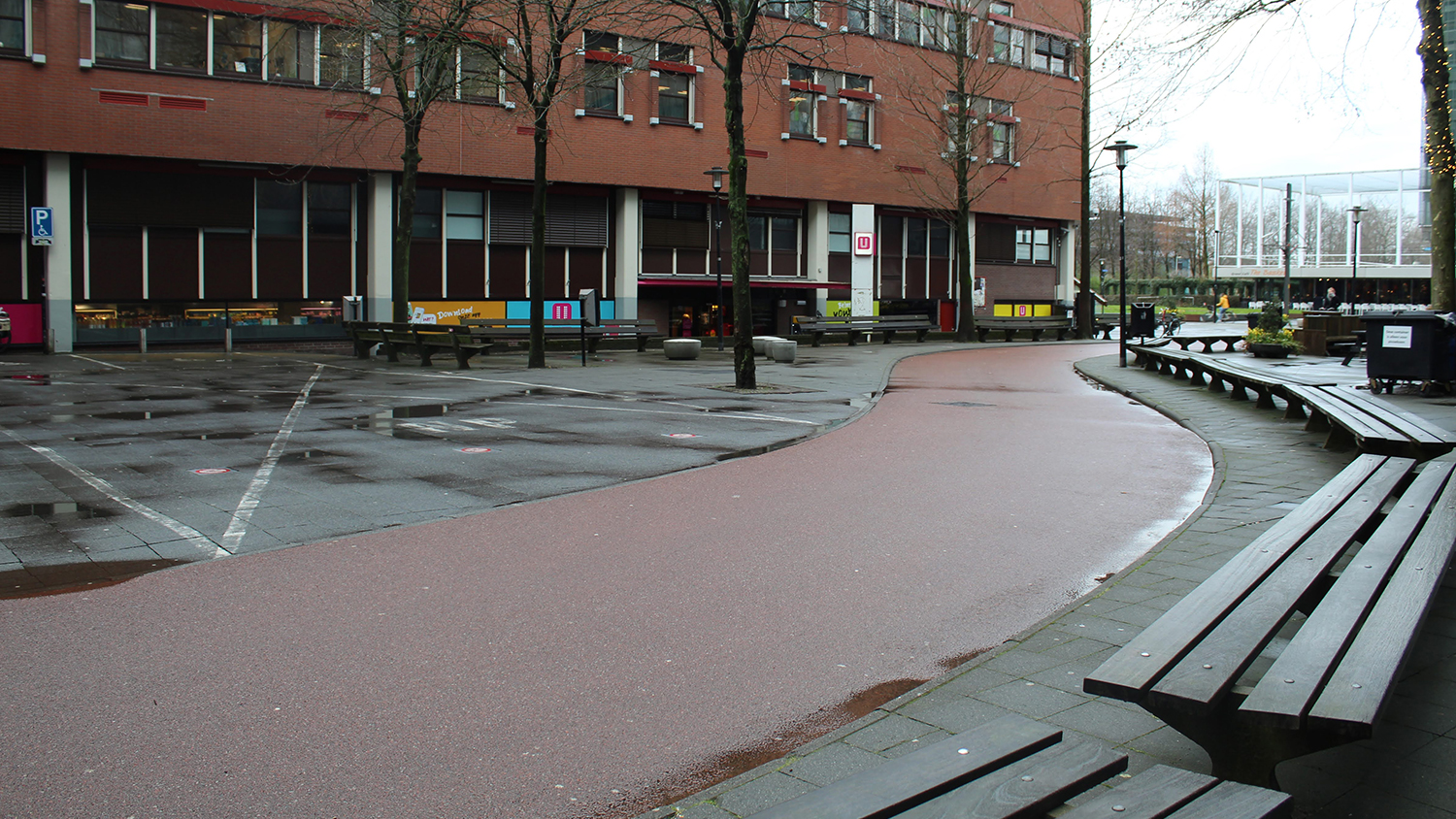 Some students are afraid that all the current canteens are going to be replaced by grand cafés, as that would make it even more challenging for them to acquire cheap food in the USP. The municipality claims things are not so black and white: in addition to a grand café, a number of hospitality venues are allowed to come to the area, such as a coffee shop (not the kind that sells marihuana), a fast-food restaurant, a restaurant offering delivery and takeaway services, and a place to have a quick lunch.

Many students would rather see more bars or student cafés instead, as they would help them relax after exams, for example, not to mention it would improve the campus' atmosphere. Comments from students complain that the USP feels dead in the evenings and weekends. However, it looks like placing more bars in the USP is a step too far for the municipality. Cambridgebar has asked for access to the municipality's surveys about the catering wishes of the Uithof residents, in order to understand how they can cater to those wishes, as they are keen to participate in future plans. 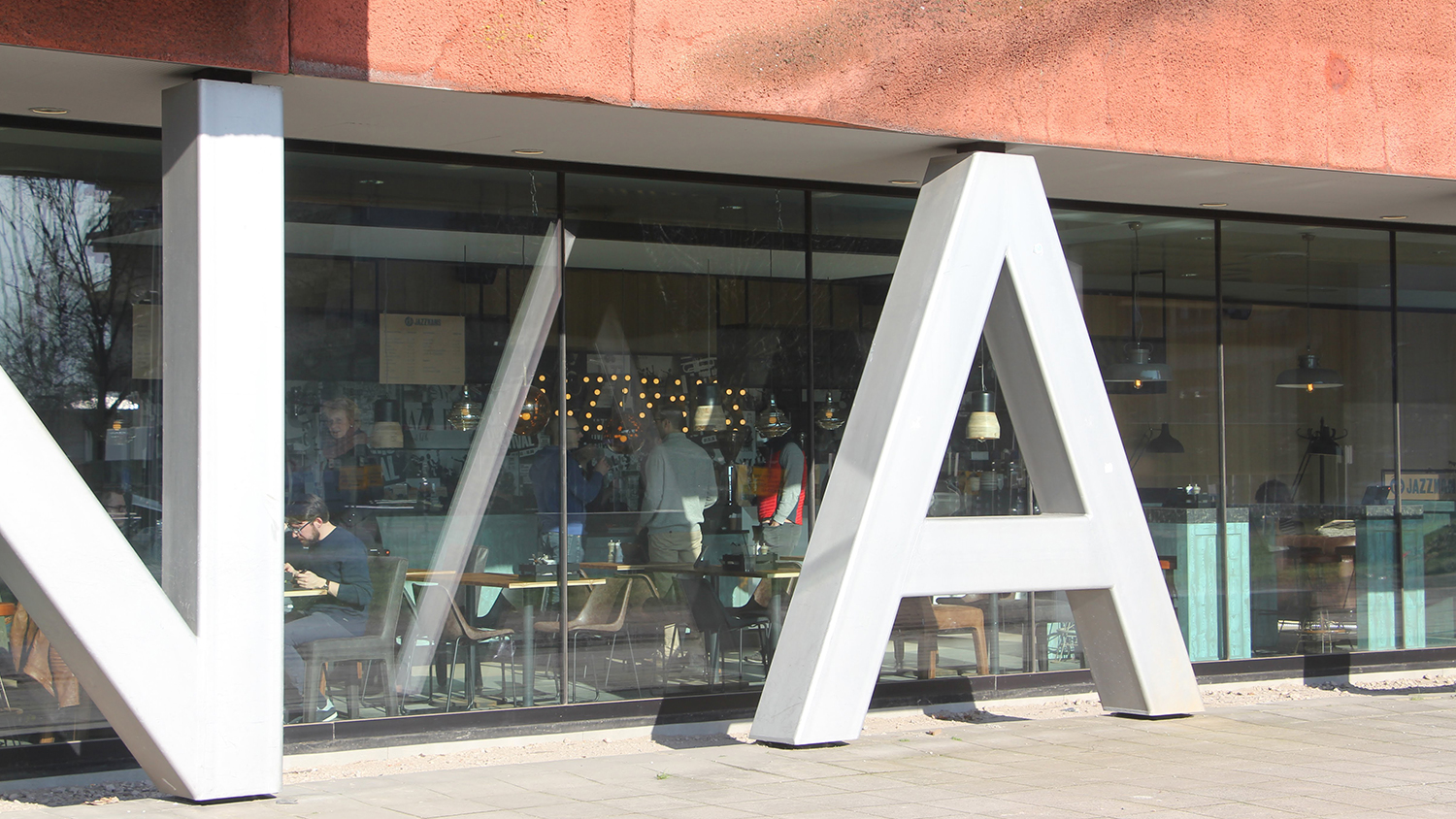 The sports complex in the USP has been a topic of discussion between the municipality and the university for quite some time. They concur in the ambition to concentrate all facilities in a single place, but the university wants to move the entire complex towards the centre of the campus – an idea that has been elaborated in detail in the map below, which was taken from the document –while the municipality was adamant about expanding the complex further at its current location as it finds that there is not enough space near the centre. Additionally, the municipality argues that the sports fields would be separated by the tram line, and the walking distances between sports fields would be too long. But that's not all. The municipality also maintains that having a sports complex in a meadow would go against the key values the area is supposed to promote, such as openness and balance with nature. The downside of the municipality's plan is that several sports would have to be suspended for an extended period of time while the facilities are enlarged.

The comments sent by sports clubs basically complain about not having enough space in the planned extension. For example, the rugby association states that the calculations do not take into account enrolment figures, waiting lists and rejections, which have been kept by the sports council for a few years now. According to the clubs, the area needs another tennis court, another hockey field, another combi field for football and rugby, and another dancing hall. The municipality indicates that the occupation of the sports fields will be monitored throughout the next few years in order to check whether the current enlargement plans are indeed sufficient. Some athletes also feel that the USP needs a bigger fitness space. Whether that is going to happen or not depends on the detailed elaboration of the renewal plans.

The plan to place two windmills and solar fields in the USP was the target of much criticism. The idea is to place the windmills next to the A28 highway. Those living in Rijnsweerd, an adjacent neighbourhood, are concerned about noise pollution, cast shadow and other health consequences. The municipality reacted by emphasising that extensive research into the nuisance and effects on health and the landscape will be carried out before the plan goes ahead. Although the intersection of the highway with the Rijnsweerd interchange, nearby the sports complex, is a crucial location, sports associations do not think that the cast shadow or the noise will cause any nuisance.

As for the solar panels, many respondents don’t understand why the municipality intends to place them in the meadows instead of the rooftops of the buildings in the USP. The Friends of Amelisweerd association (In Dutch, Vrienden van Amelisweerd) are “pertinent against” placing solar fields in the meadows adjacent to the campus. They declare that the landscape must be used for agriculture, recreation and/or nature as much as possible.

The municipality anwered that there is not enough space on the rooftops for enough solar panels to attend to the USP's power demand. However, it promises that if the solar fields are indeed implemented, it will only be on a small scale. Additionally, they must contribute to strengthening other landscape values. Therefore, there is an indication that no solar fields will be placed in the USP at all, depending on how the municipality is going to ellaborate its vision.

The residents of Rijnsweerd were particularly critical of the idea of building a parking garage outside the USP and not allowing cars to go any further on Leuvenlaan avenue, Cambridgelaan avenue and the Weg tot de Wetenschap avenue. This idea aims to cater to the wish of making the campus car-free. By interrupting the traffic on Cambridgelaan and Leuvelaan, the municipality would be preventing drivers from using those roads as a transit route from the highway to Rijnsweerd and vice-versa. The residents from Rijnsweerd are afraid that this will cause an increase in traffic in their neighbourhood. However, the municipality says that research has shown that such a cut in the two roads will have little effect on the traffic in the area. The impact is actually going to be more significant on the Weg tot de Wetenschap. That’s why the municipality will decide on this matter later. Moreover, due to the criticism, the municipality has decided not to place a parking garage outside the USP.