The Dom tower will be one of the most prominent locations in the celebrations of Utrecht's 900th anniversary. Photo: DUB

On June 2 1122, Utrecht became an official city – one of the very first cities in the Netherlands. To  get you ready for the celebrations of the 900th anniversary of Utrecht on June 2, DUB lists 15 fun facts about the city. Why is there a UFO on top of the ProRail building?

The theme of the official celebrations is “a city without walls”. But for hundreds of years, Utrecht was very much fortified. Being officially recognised as a city in 1122 meant that Utrecht acquired the right to defend itself. And so it did: first with a defensive moat, the Singel, and by the 15th century with 10-metre high brick walls, 50 stone towers, and 5 large gates. Five kilometres long, the city walls formed the largest construction in medieval Utrecht. You can still touch those walls today in the Hieronymusplantsoen, near the municipal theatre (Stadsschouwburg). 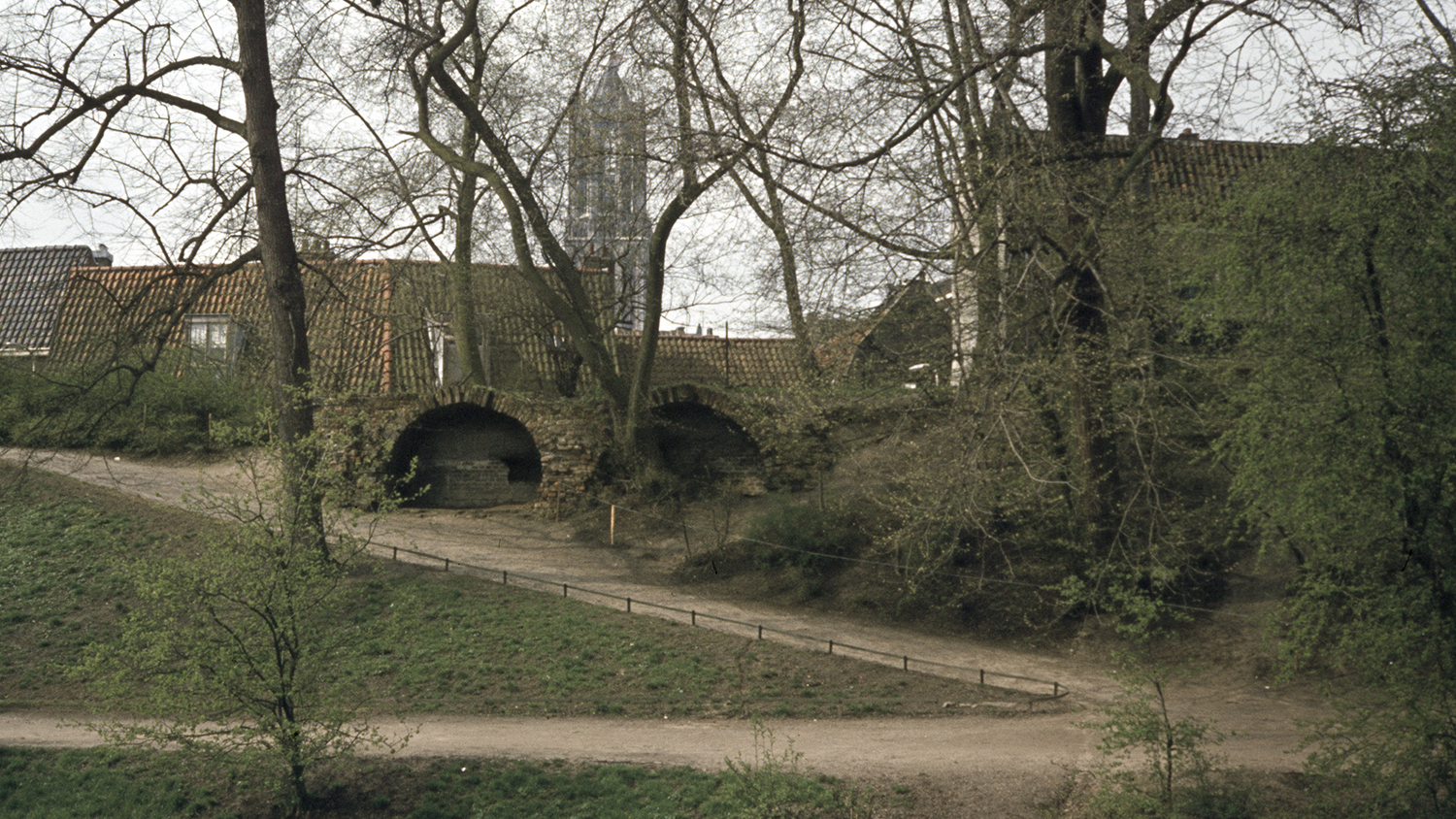 Do you know when this region got its first inhabitants? Archaeological research in 2018 has provided a new perspective on this. Utrecht’s History goes back 11,000 years – at least 8,000 earlier than historians thought until 2018 when archaeologists found traces of human habitation and objects from the early Stone Age when digging at the site of the Princess Máxima Centrum for Children with Cancer.

Have you ever wondered what is up with that steel line on the ground, next to the Dom tower, from which colourful light and smoke come out? The northern frontier of the Roman Empire used to run directly through Utrecht. When the Roman arrived here, they built Castellum Trajectum, whose remains are now on display in the museum DOMunder, about four metres under the Dom square. The steel monument, located on the exact spot where the castellum walls used to be, aims to make this Roman past more visible. 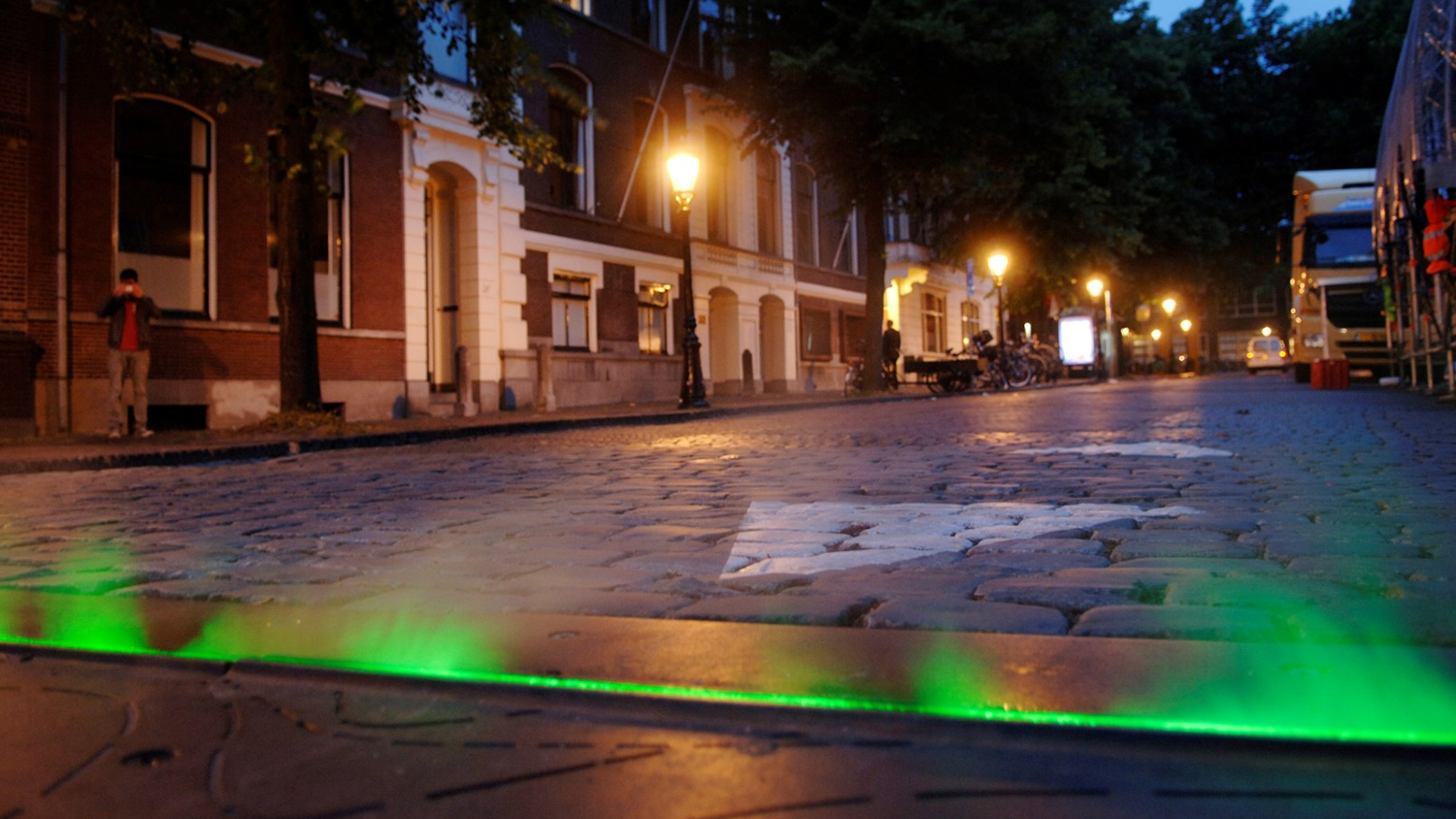 If you think that quarantining for a week because your roommate got the coronavirus was tough, imagine spending 57 years locked up in a tiny cell… Voluntarily. That’s what Sister Bertken did. In 1457, the nun isolated herself in her cell in the Utrecht Buurtkerk (Neighbourhood Church), which now houses the Speelklok Museum, and only left there when she died in 1514. Actually, she never left, as she was buried in the same place. Her reason for doing so? She wanted to devote all her time and focus to God. In 2020, the company The Team Building launched an escape room based on the story of sister Bertken. More than 10,000 groups have already played the game, according to the organisers.

When Utrecht University was founded in 1636, the municipality had a clever strategy to attract students: they were exempt from paying taxes on beer. At the time, however, beer was more than a convivial drink: it was considered a means to stay hydrated and nourished. Liquid bread, so to speak. The action was successful. After twenty years, the city council decided to withdraw the measure.

Today, the Dom tower reigns supreme in the centre of the city. It looks as though it’s always been a monument in its own right. But nothing could be further from the truth. A nave used to connect the Dom church to the Dom tower, but it was destroyed by a tornado in 1674. That’s because the materials used to build the nave were significantly cheaper than the rest. The debris stayed on what is now the Dom square for so long that they were practically part of the city: the last debris was cleared away in 1826. Gay people used the ruins to meet in secret, which generated the expression hij komt achter de Dom vandaan (he is from behind the Dom tower) to say that someone is homosexual. For a long time, no building was allowed to be higher than the Dom, which stands tall at 112 metres. That is no longer the case.

French philosopher René Descartes lived in Utrecht between 1635 and 1639, staying in the house of one of UU’s founders, Henricus Regius. But if you think he taught at Utrecht University, you couldn’t be more wrong. In 1642, then-rector Gisbertus Voetius persuaded the university’s academic senate to issue a formal condemnation of Cartesian philosophy and its main local defender, Regius. But the tide has changed so much that UU now has a Descartes College, a Descartes Centre, and a Descartes Hall.

The only Dutch pope in history (Adrian VI, who headed the Catholic church between 1522 to 1523) was from Utrecht. You may have seen the pope's house at the end of Nieuwegracht, in front of which a statue of Adrian has been erected. He was the last non-Italian pope until the Polish John Paul II, 455 years later. John Paul II came to Utrecht in 1985 and his visit was considered a disaster. For starters, officials were expecting some 100,000 people to greet the pope at the Eindhoven airport, but only a tenth of that number showed up. But that cold reception was certainly better than the animosity he was met with in Utrecht, where thousands of protesters took to the streets in demonstrations that turned into riots. During his visit to the Jaarbeurs square, Hedwig Wasser, speaking on behalf of the mission, deviated from the pre-approved text and asked the pope not to exclude unmarried cohabitants, divorced people, married priests, homosexuals and women. The pope did not move a muscle. 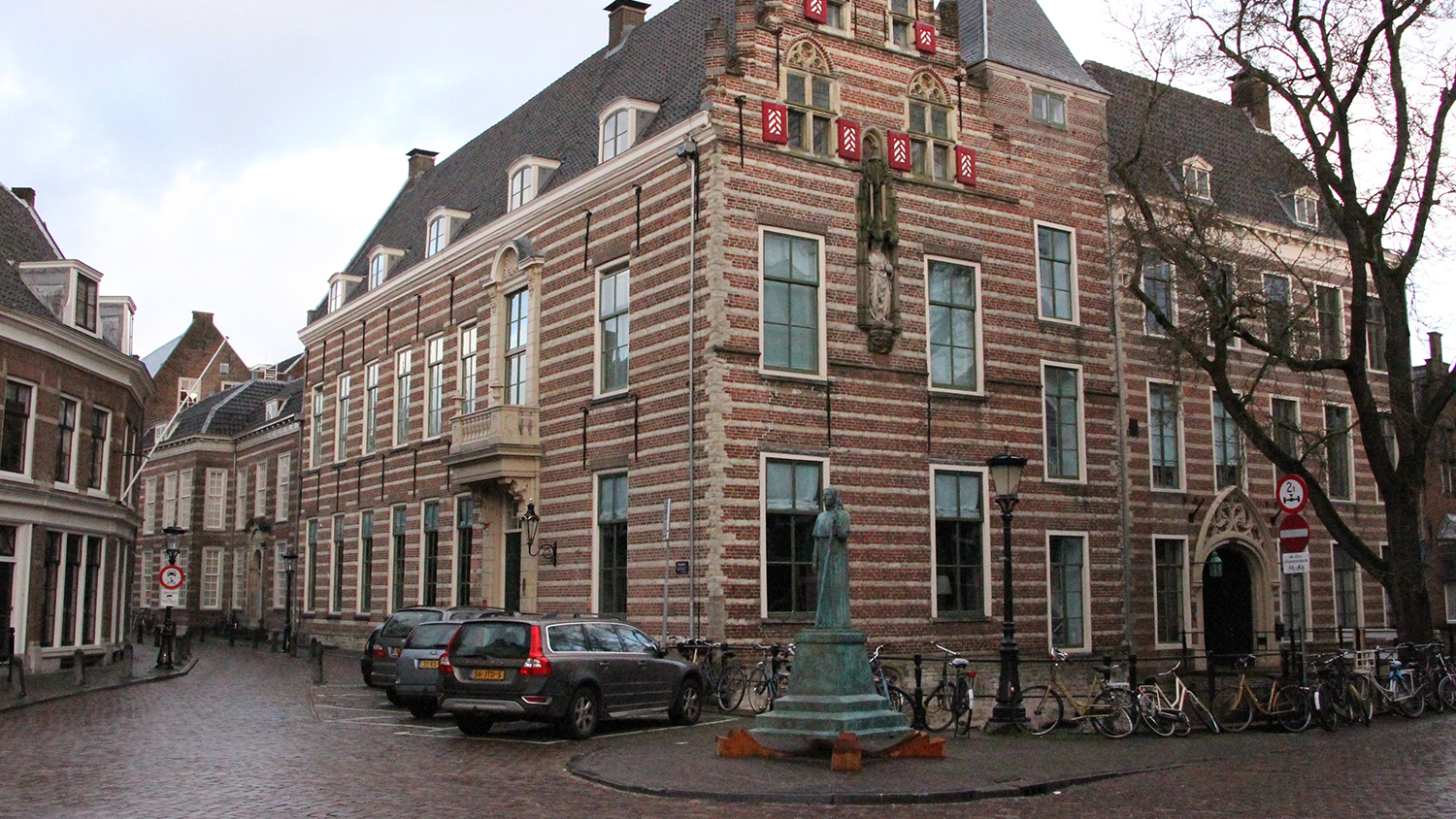 Utrecht had three iconic clubs: Velox, Elinkwijk and DOS. DOS was the Dutch champion in 1957. The three clubs merged in the 1970s. FC Utrecht is a so-called cup fighter and has reached the final of the KNVB cup six times and has won it three times. Utrecht also won the Johan Cruijff Cup (national champion against winner KNVB cup) once. Utrecht became known nationally for its hooligans. Many a train did not arrive in one piece. The most extraordinary event was the demolition of the old Galgenwaard stadium in 1981. After the last match before the renovation, supporters went onto the pitch after a match between Utrecht and PSV to demolish the stadium — uninvited, of course. A year later, the new stadium was opened in the same spot. 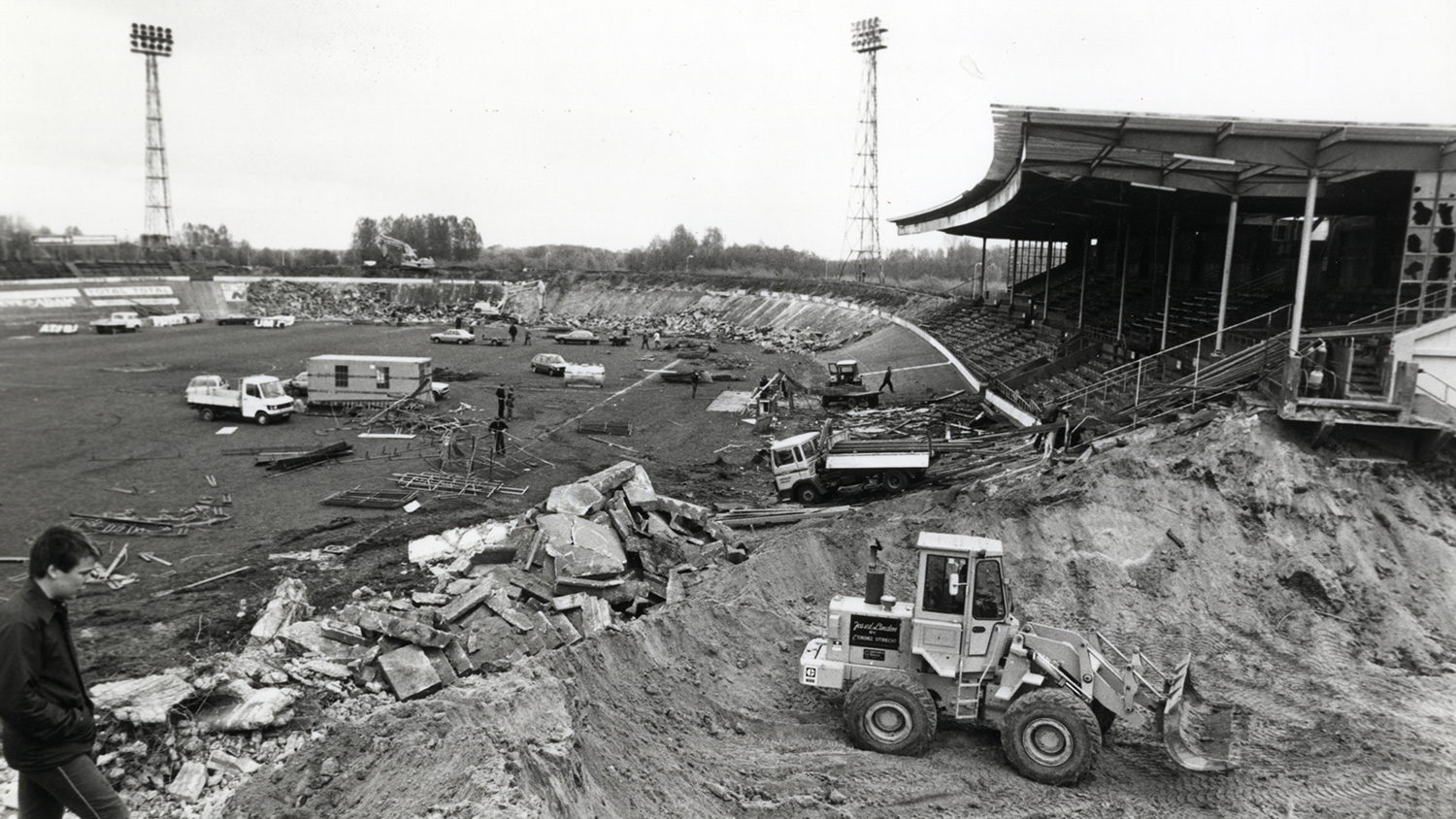 If you’ve moved to Utrecht recently, you missed the time when the central station was directly connected to the shopping mall instead of separated from it by a square. Inaugurated in 1973, Hoog Catharijne was the biggest shopping mall in Europe at the time and Utrecht was the first Dutch city to get such a big mall. Even before its inauguration, the project was considered a huge architectural failure as historical buildings and part of the Singel canal had to be done away with to make way for the mall. Citizens protested against it, to no avail.

The covered shopping centre turned out to be a wonderful place for drug addicts and the homeless, leading most residents to consider the area an eyesore. From 2012 to 2019, renovation works gave the city a whole new shopping mall and since 2020 the Singel is whole again. In the meantime, however, attempts have been made to make the city centre more lively, for example with the Call of the Mall exhibition in 2013. It is thanks to this exhibition that you can see a seven-metre high teapot on the rooftop of a parking garage. The teapot is meant to serve as a symbol of conviviality — or, in good old Dutch, gezelligheid. 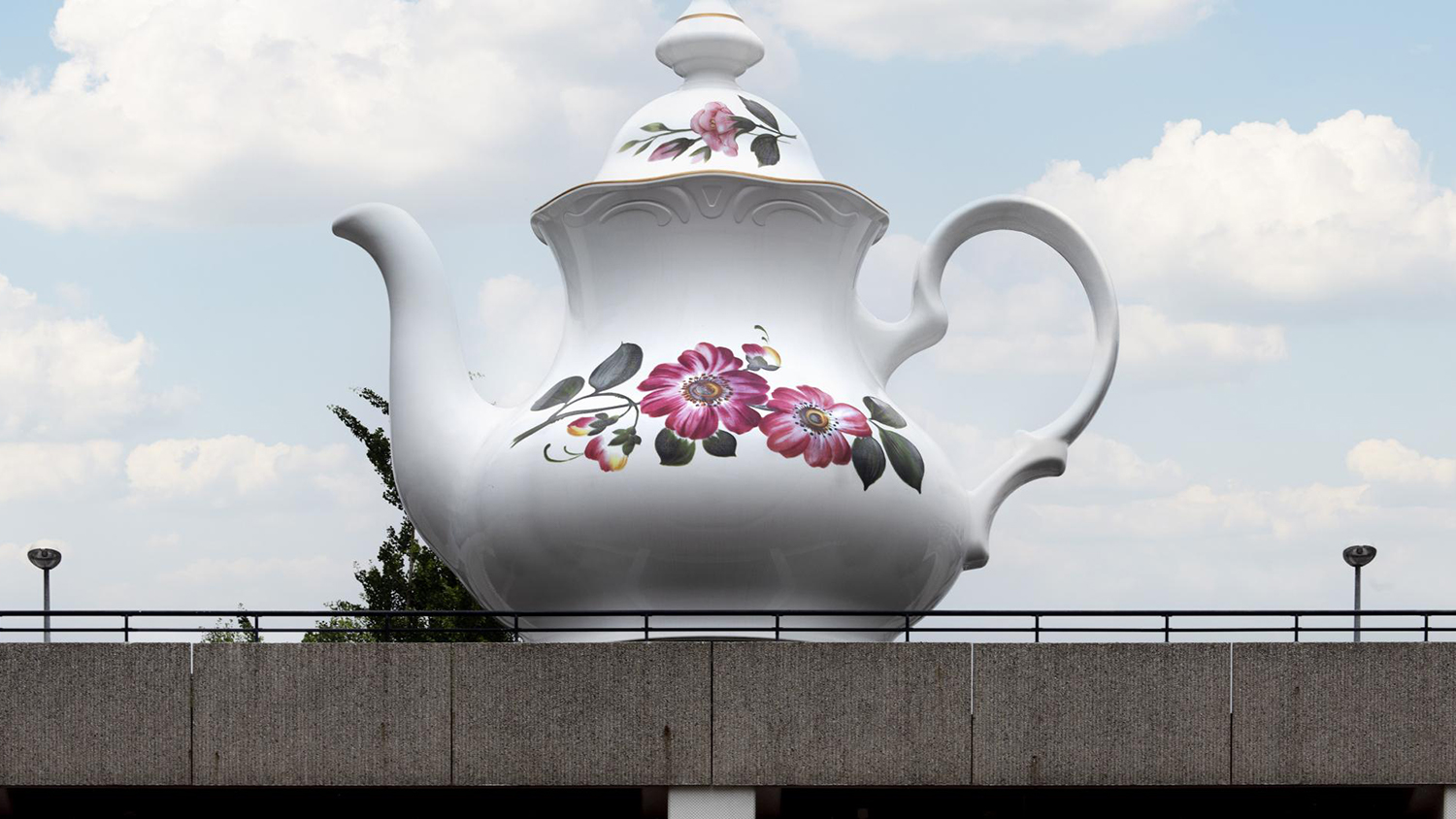 If you’re not originally from Utrecht, you’ve probably wondered why there is a UFO on top of a building at the Moreelsepark. No need to worry, the alien invasion hasn’t started just yet. That’s another artwork that was supposed to be temporary but ended up becoming a permanent feature of Utrecht’s skyline. An art exhibition called Panorama 2000 was organised in 1999 to mark the new millennium. The UFO was one of the 24 works of art exhibited. ProRail, which is headquartered in that building, ended up buying it to have it permanently on display.

Near the Jaarbeurs square lies Utrecht's first multicultural district: Lombok. The district was created in 1886 as a working-class area. The main streets were intended for office workers, while the factory workers were housed in the streets in between. The sawmill De Ster is a reminder of the type of work carried out back in those days. In the 1970s, the appearance of the neighbourhood changed thanks to the influx of migrant workers who brought their families along. In the following years, Kanaalstraat was dominated by Turkish shops that ended up becoming quite popular among the city's residents. In the following decade, however, the neighbourhood became rundown, which prompted the municipality to give it a thorough overhaul. Yet it has always remained a multicultural district, as evidenced by the diversity of shops and the arrival of the Ulu Mosque in 2015 — with its 4,800 square metres, it is the largest in the Netherlands. 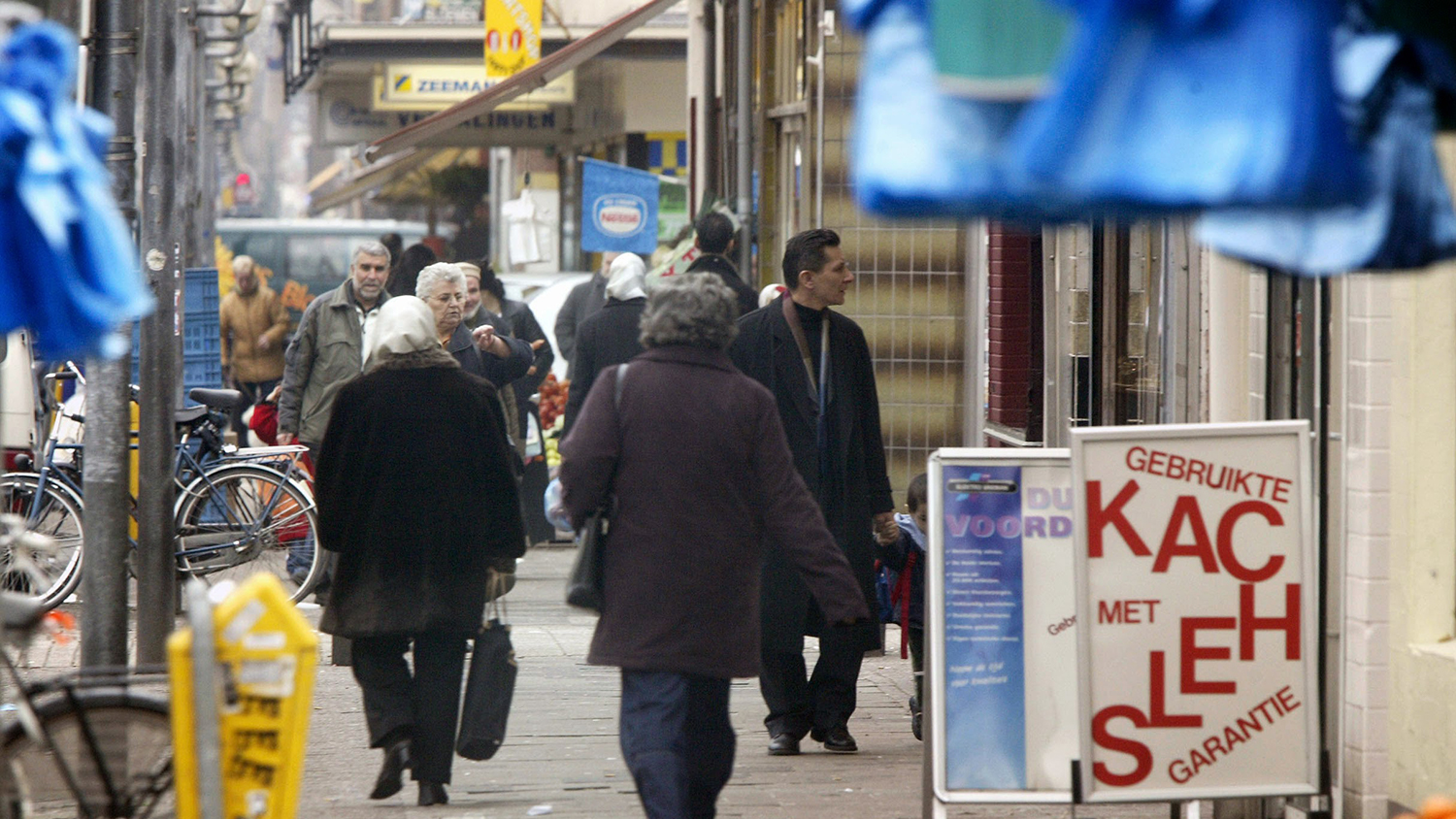 Lombok was the first multicultural neighbourhood in Utrecht. Photo: DUB

Next time you go for a walk around the city, look down. You might come across a cobblestone with the word freedom and a cute drawing on it. There are 120 of them in total. Together, they form a walking trail called “the walk of freedom”, inaugurated in 2017 as part of the Liberation Day celebrations. The drawings were made by children from Utrecht. The route runs from the Dom square to the Catharijnesingel, passing by Jutphaseweg and Beneluxlaan all the way to Park Transwijk. The final stop is not a coincidence: the Utrecht Liberation Festival has been held there for years.

Utrecht is a city of literature. Over the years, the city has produced around a thousand famous authors who were inspired by their life here. Since 1980, Utrecht also holds an annual Poetry Night at Vredenburg square, to which the International Literature Festival was added in 2018. In the field of poetry, Utrecht also has the City Poets Guild of which UU alumnus Ingmar Heytze is the most prominent face. He is one of the creators of Letters from Utrecht: make sure to look down when walking down the Oudegracht, more precisely on the corner of Smeebrug. There’s a poem on the ground, with each cobblestone carrying a letter. The most interesting thing about it is the poem is still ongoing. Every Saturday, a stonemason carves a new letter. 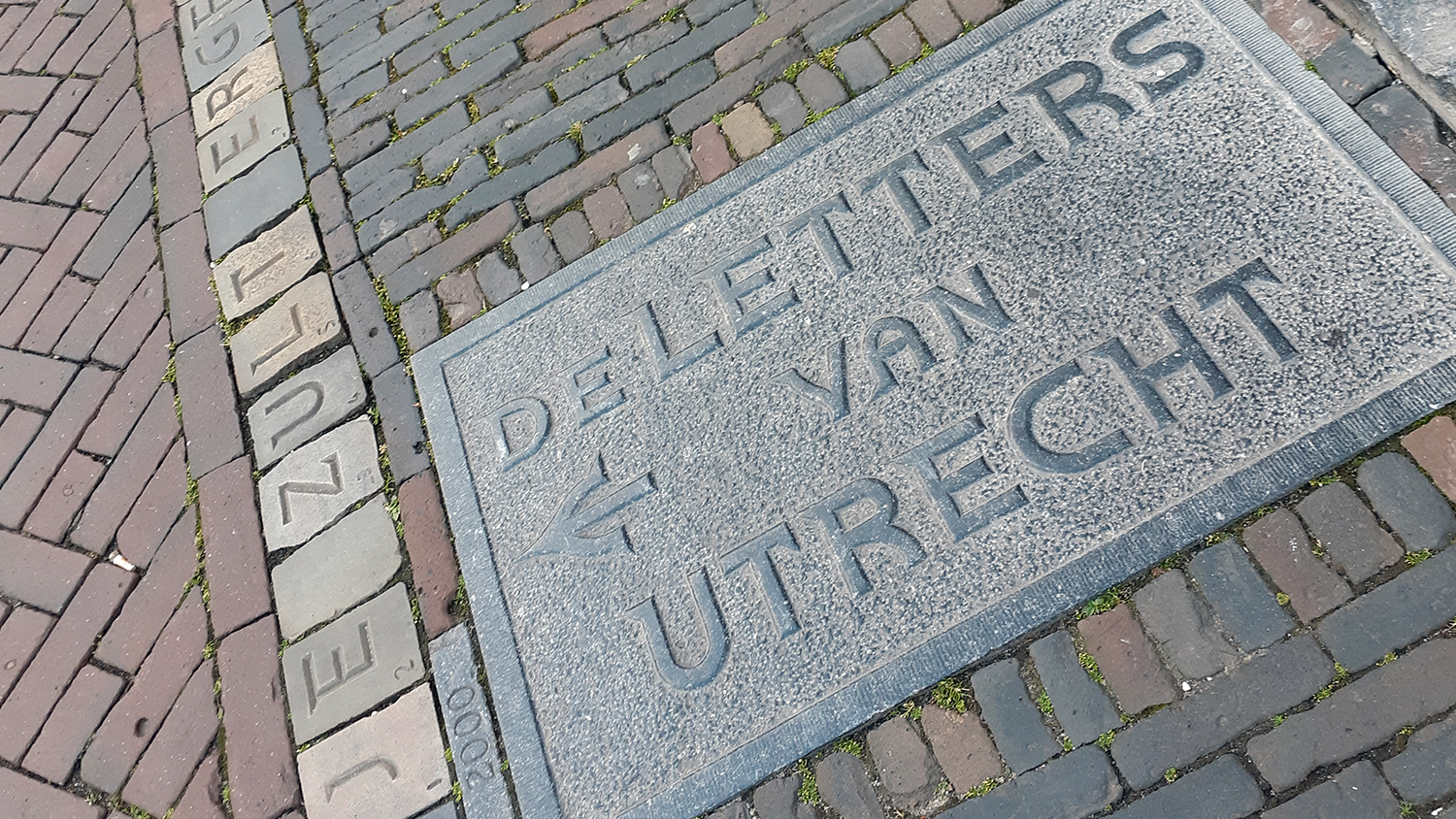 Have you ever seen Sofie? Some traffic lights in the city show a figure with a ponytail, dress and high heels instead of the usual stick figure, which tends to be associated with a man. Sofie is the idea of a protest group from Amersfoort. After debuting in some traffic lights of that city, she made her way to Utrecht in the year 2000. But that’s not the only unusual traffic light in Utrecht: the crossing between department store De Bijenkorf and Vredenburg square has a Miffy (or Nijntje, as the Dutchies know it) traffic light and the Amsterdamsestraatweg has traffic lights with gay and lesbian couples. The idea is to promote inclusion, just like the rainbow crosswalk in the city centre and the rainbow cycle path in the Utrecht Science Park. 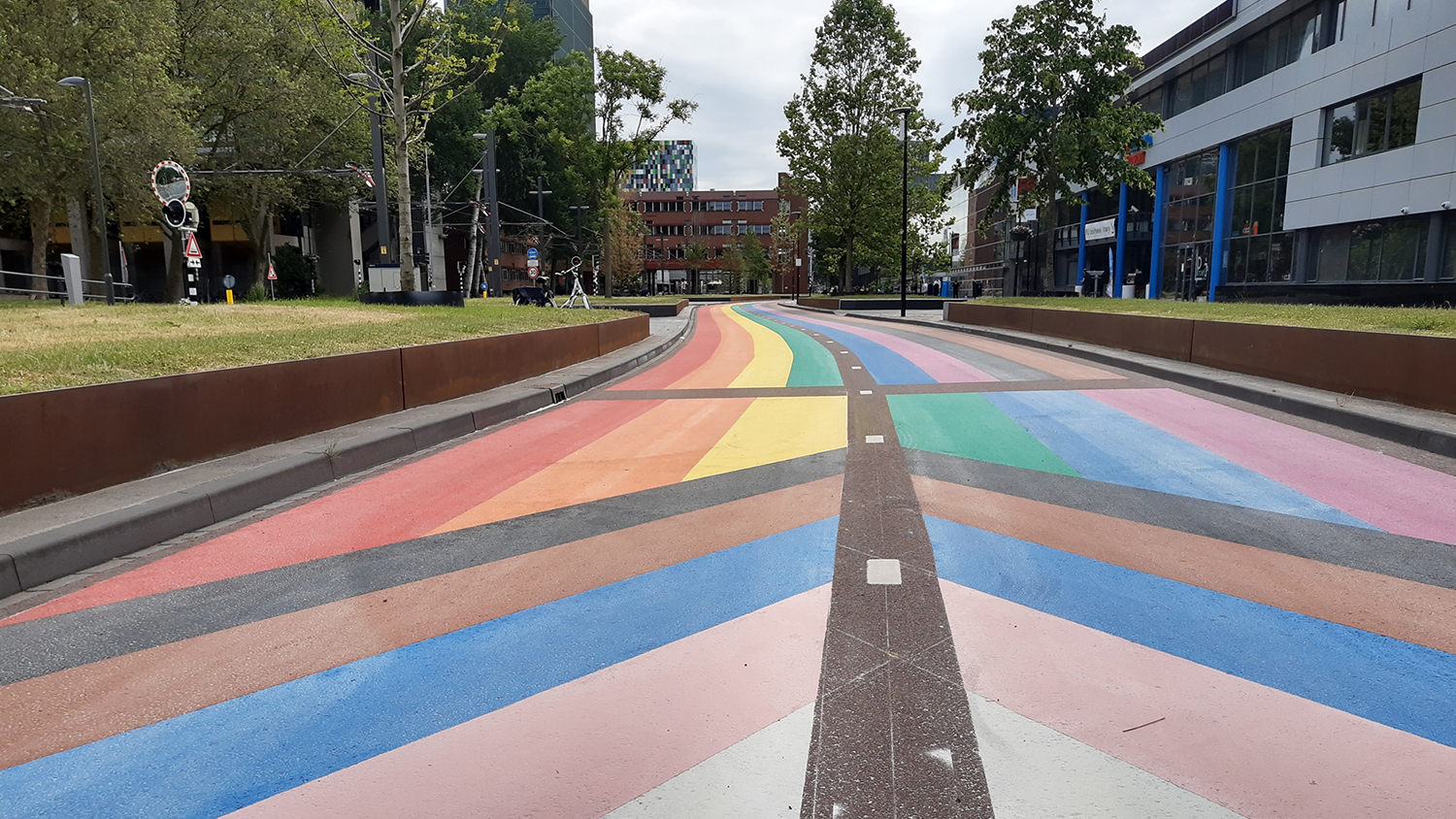 Utrecht to celebrate its anniversary for six months
From June 2 until November 11, the city of Utrecht will be celebrating its 900th anniversary in style: hundreds of cultural activities are going to take place, starting on June 2 with all musea free of charge, cake distribution at Mariaplaats and a concert by one of the most famous Dutch bands, Kensington (which comes from Utrecht) at the Dom tower. You can see the full programme here.
Tags: geschiedenis | 900 jaar utrecht