A brainstorm about diversity at UU, held at Parnassos in 2017. Depicted on the left is Janneke Plantenga, who currently occupies the position of Diversity Dean. Photo: DUB

UU’s Women’s Network was silently discontinued last year. In its place, many diversity networks focusing on origin, gender, and disability have been set up. But not everyone agrees with that: UU Professor Belle Derks, along with the Dutch Network of Women Professors, are questioning the network&#39;s disappearance. "A soundboard group like that can play an important role in the university".

This year, there was no meeting to mark International Women's Day (March 8) at the Academy building, like there was in previous years. Instead, the Equality, Diversity & Inclusion Office organised a walking tour for a select group of people, highlighting the story of extraordinary women linked to the university and the city.

During the walking tour, rector Henk Kummeling chatted with two American researchers of the Faculty of Geosciences who are part of the Young Women of Geoscience network. "The mutual support we receive thanks to the network matters", they said. Kummeling told them that women's networks work pretty well at some faculties, but there wasn't much engagement at the central level. In fact, engagement was so low that the university decided to close the university-wide network altogether.

The decision was actually taken much earlier
Upon enquiry, it turns out that the decision to discontinue the network had already been taken around a year ago, but the information wasn’t officially confirmed by the Executive Board nor communicated to the rest of the university until November. The last edition of Pandora magazine, the publication made by the Women's Network since 1986, came out in February 2021. The network's website still invites women to sign up, but nothing new has been posted on the page since March 2021.

According to Aletta Huizenga, Director of Human Resources, this is "due to the circumstances and people should not read anything into it". She explains: "First we wanted to see how we could further implement the diversity action plan and define which alternative forms of support the EDI would be setting up. We took some time to do that". 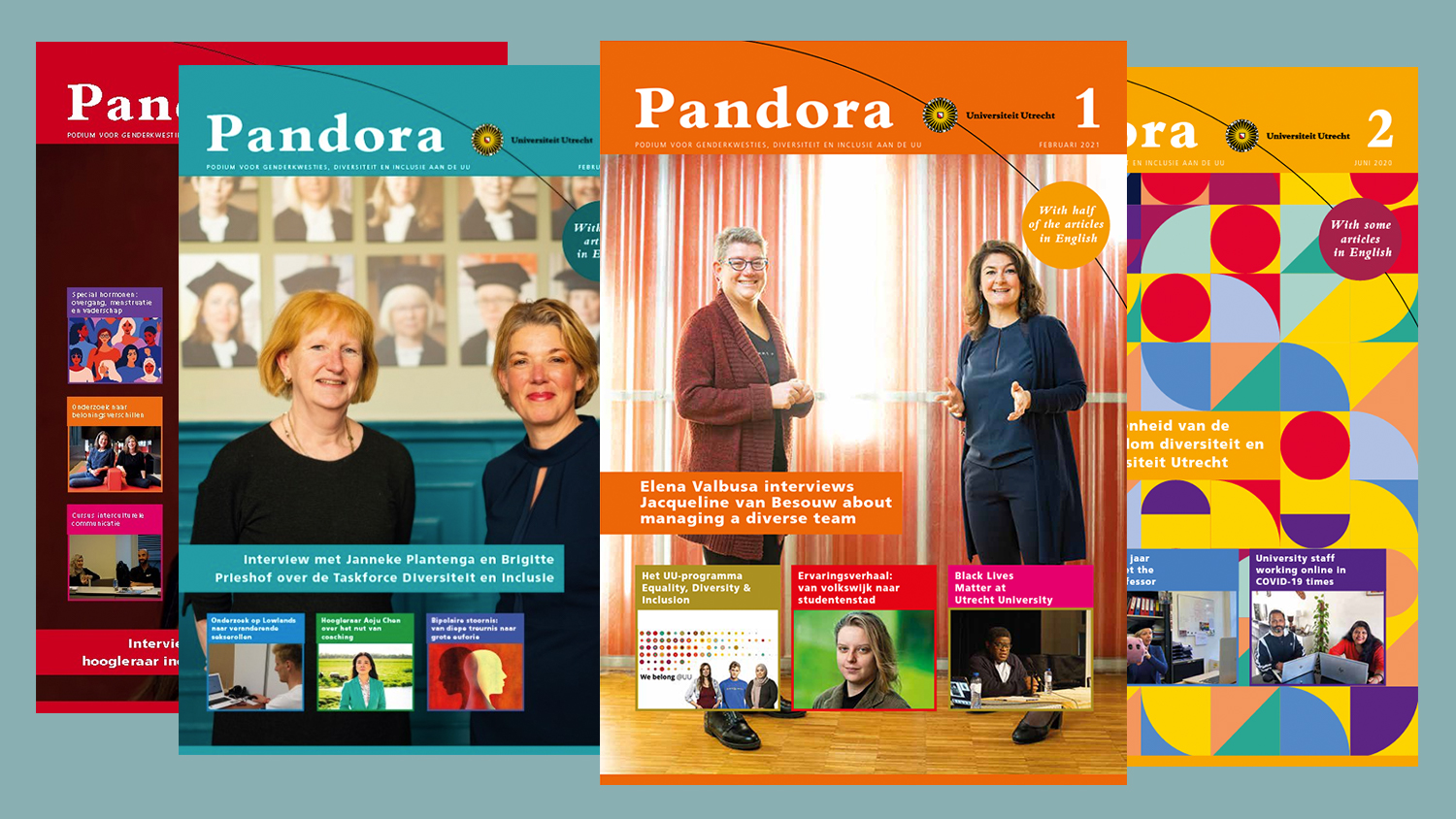 Increasing awareness of gender diversity
UU's Women’s Network has a long tradition dating back to the eighties. According to its website, the goal of the network is to improve women's position and representation at Utrecht University. This would be achieved by giving women advice and providing them information, in addition to organising activities that raise awareness of gender diversity.

In practice, however, the Women’s Network wasn’t all that active. It had roughly 1,000 members, most of whom were only affiliated with the network to receive its newsletter and/or Pandora Magazine. But that doesn’t mean that nothing happened in the field of women's emancipation and gender awareness at UU. Every year, there was a meeting around International Women’s Day and a hall with photos of female professors (article only available in Dutch, Ed.) was set up in the Academy building in 2017. Since then, a group of female professors meets twice a year, usually prior to UU's anniversary and the opening of the academic year.

Diversity networks
The main reason the Women's Network was cancelled has to do with the new approach the university has taken to diversity. Last year, an action plan on Equality, Diversity & Inclusion was drawn up, in which diversity is seen from a wider, intersectional perspective. "We want to encourage enthusiastic people to start a network themselves, starting with their own connections", Huizenga states. These networks could be based on cultural background, gender, origin, or disability, for example. "Women are not just discriminated against for being women. Besides, each network has its own issues. It is a good thing when people are enthusiastic to discuss these issues, as that can lead to recommendations that can then be picked up by the EDI office".

Examples of such networks are the African Caribbean Heritage Network, the UU Rainbow Network, Accessible Academia, and the Class-Conscious Academics Network. But the Young Women of Geoscience and Women in Information and Computing Science are part of the networks as well. Huizenga: "These women have taken the initiative to start a network within their field of expertise, which works perfectly".

A changing landscape
"Discontinuing the Women’s network of course doesn’t mean we’re shying away from women’s emancipation", states Janneke Plantenga, the university’s Diversity Dean. "Gender is one of the main focal points of our programme. We monitor the target figures, organise the activities on International Women’s Day and the meetings for female professors". But, according to Plantenga, the landscape is changing which means the organisation must adapt itself to them. "If it subsequently turns out that the Women’s Network isn’t active, then we must take the decision to stop. But that doesn’t say anything about our commitment to women’s emancipation. Our steering group also includes women who can give us input".

A thicker ceiling
Lidwien Poorthuis is the director of the Dutch Network of Women Professors. Lately, she's been noticing a national trend of universities taking a broader approach to diversity. "We do support this broader policy. We just think that universities shouldn't forget to pay attention to the position of women in academia. Letting go of that focus can have a negative effect."

Every year, her foundation publishes a monitor with an overview of the male-female ratio in Dutch academia (report only available in Dutch, Ed.) She stresses that some issues remain important, such as equal pay between men and women, a feeling of safety in the workplace, and inclusion in the scientific industry. "When it comes to female academics at top positions, the figures show a positive trend, but we still have a long way to go. Recent research by Utrecht-based psychologists Ruth van Veelen and Belle Derks reveals that the glass ceiling at faculties like Social Sciences and Humanities is even thicker than the ceiling at the Faculty of Science or Geosciences. Although the percentage of female professors has increased, compared to the large influx of female students and young researchers, the difference in the representation of women at the top is particularly large, with the result that women in the Faculty of Science have a lower estimate of their chances of becoming a professor than those working at Social Sciences and Humanities."

Feeling safe
According to Poorthuis, a university-wide network for women could help make the university a safer workplace. "Universities often refer to the existing reporting procedures. But, in practice, these procedures don't work well enough. Moreover, we've discovered that women's networks often offer women the opportunity to share their thoughts on these topics, which has a very positive effect, not to mention it gives the network the opportunity to advise the Executive Board on how to improve the policy on gender-based harassment. What was so special about UU's Women’s Network was the fact that it was accessible to all women at the university. That was its added value".

At present, the university does not exclude the possibility of setting up a women's network again. However, such a network would have to emerge from the bottom up and the EDI office would have to provide facilities for it to develop. "The question is whether this would work in times like these, with the pandemic and all the work pressure", says Belle Derks. She’s a professor of Organisational Psychology who has conducted extensive research in the field of gender equality. "Everyone has to deal with work pressure. So, I understand why people are not so enthusiastic about being active in such a network. But the information that can be collected there, both by the women themselves and by policymakers, can be extremely valuable and interesting". 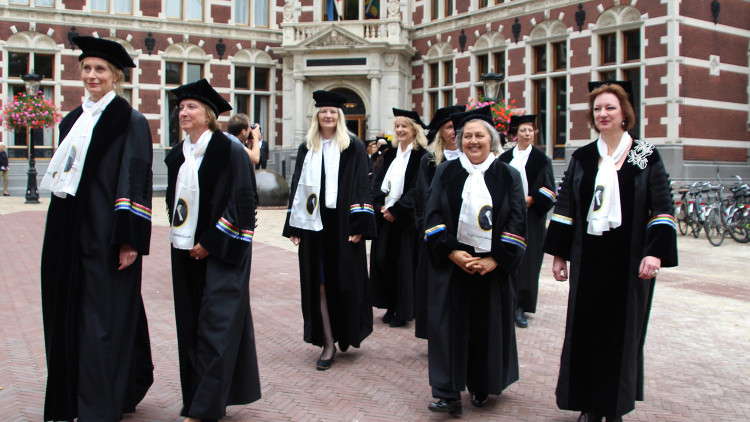 Waves
To Derks, women's empowerment comes in waves. "Wonderful things have been achieved in the past few years, such as the implementation of the Westerdijk chairs in 2017 and the Westerdijk courses to increase the number of women in top academic positions. After that, there’s the risk of people getting 'tired' of hearing about gender equality. But they shouldn't be. Our recent research into the effect of the pandemic on scientists shows that female academics who have children had more difficulties combining their work with their family life during the pandemic. We will be seeing the consequences of this in the near future. Therefore it’s even more important to catch signals of these consequences through a network. All too often we choose the silver bullet, the measure by which gender equality can be realised, but actually, the most important thing is to promote change at multiple levels. That way, things can change structurally".

Not the same brush
She thinks that a women’s network can definitely play a role in that regard. "We should be careful not to tar the different forms of diversity with one brush and let it cloud our vision of what is going on with all the groups within our organisation. The overarching interest is abstract and motivates less engagement from the bottom up. Perhaps the old format of women's networks really did not work well anymore, but if that's the case, then we should look for other ways to set it up and push it forward because these networks can make a valuable contribution as a sounding board group".