What are the priorities of the new University Council parties?

Flexible studying, study-free Christmas holidays, more flexible re-sit regulations, and banning Ritalin. These are the topics the student parties want to work for this coming academic year. There are differences, too – about exclusively vegetarian canteens, for instance. From now until Thursday, all UU students can vote for the University Council elections.

Four parties are in the running for the University Council elections: the Partij voor de Utrechtse Student (Party for the Utrecht student), Vuur (Fire), de Vrije Student (the Free Student), and UUinActie (UUinAction). All four already hold seats in the current University Council. DUB asked the four parties in the running for the current university council elections about their priorities. To that end, we created a list with fifteen policy recommendations. The parties then had to rank these. Which five themes are ranked highest, which five are given – on average – the least attention? This way, we wanted to map the similarities and differences between the parties 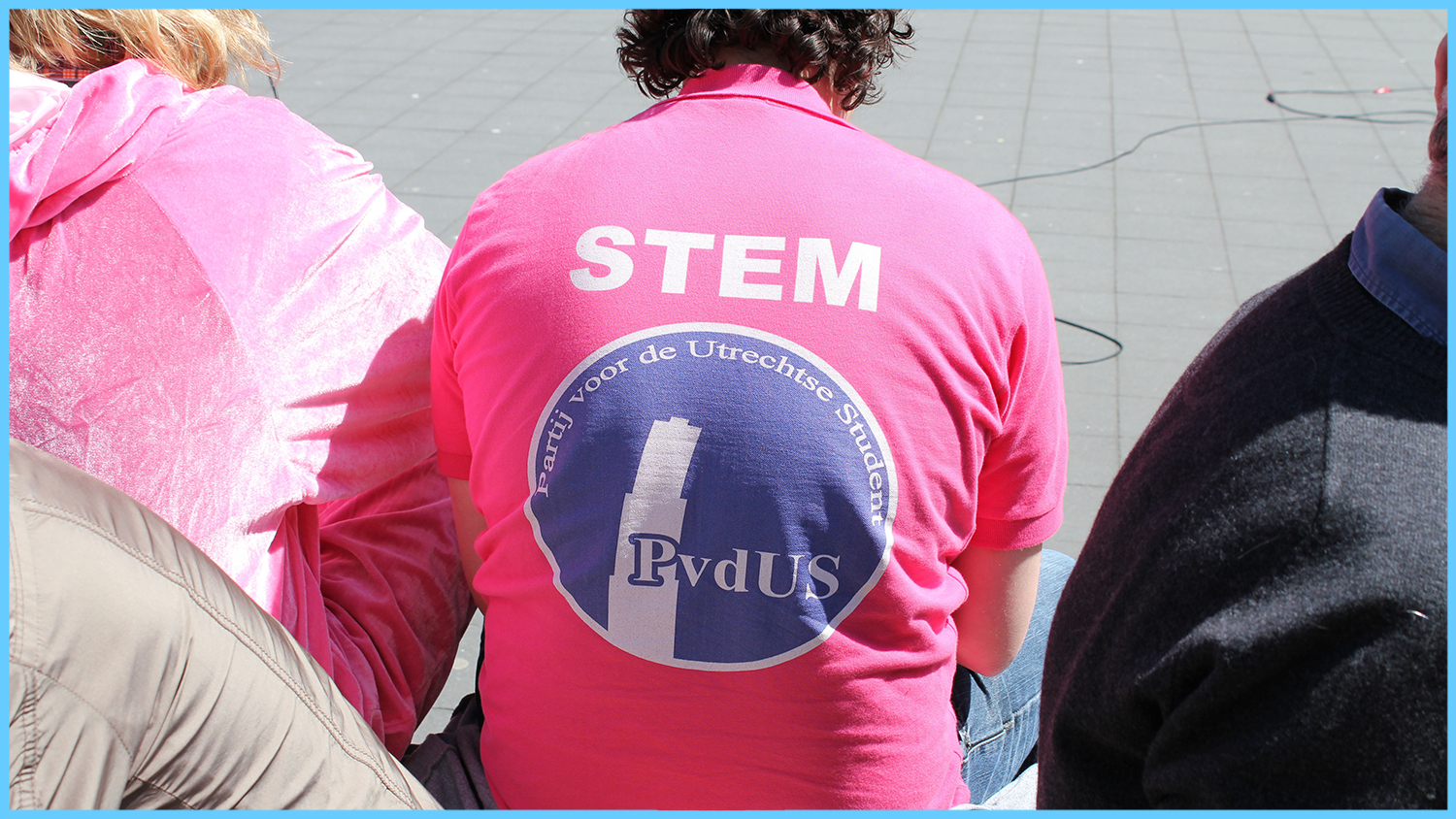 The Partij voor de Utrechtse Student is one of the traditional parties in the University Council, and was established in 2007. The party stands for the active student, and is rooted in student association life. These origins are reflected in the choices the party makes in their list of policy recommendations.

The party is the only one that wants to make access to the University Library exclusive to UU students at all times. “It’s an annoyance every student in Utrecht shares: the completely-packed University Library.” The other parties are of the opinion that it’s sufficient to restrict library access to non-UU people during exam periods only.

Another priority of the PvdUS is studying per ECTS. This so-called flex studying should be extended to all study programmes. “Flex studying ensures students have optimal opportunities to develop themselves next to their studies,” the PvdUS explains.

The PvdUS gives less priority to sustainability. Windmills at the UU are acceptable, because everything that contributes to sustainability is good, but the recommendation is low on their list of priorities. Making all UU canteens vegetarian-only is a bad idea, according to the PvdUS. “It’s not our job to make choices for the students.”

Regarding internationalisation, the party states that Englification of education isn’t a positive development, but study programmes in English are fine if the majority of students are international. 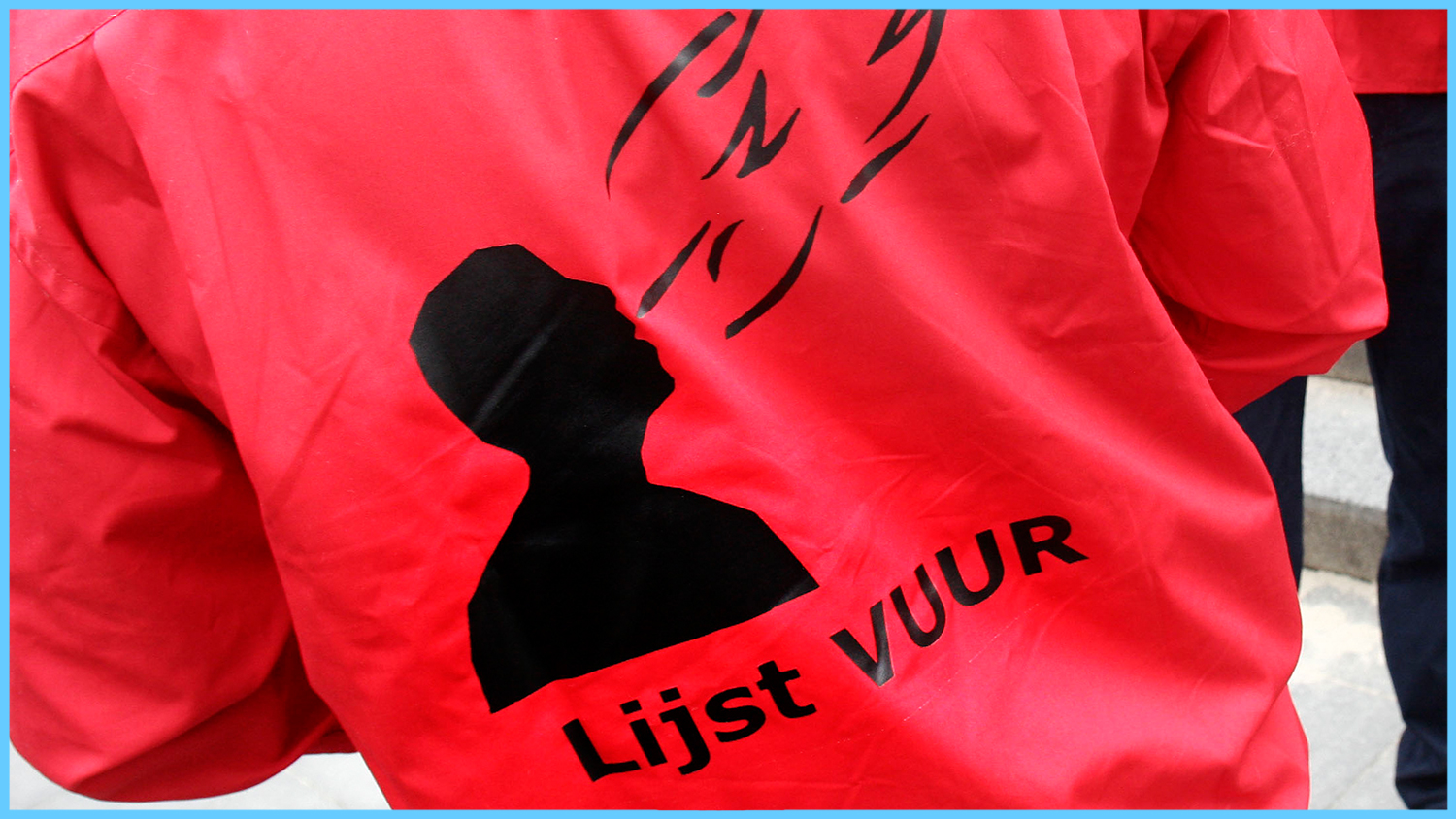 Lijst Vuur also has a long tradition in the University Council. The Vereniging Utrechtse Universitaire Raden (Association Utrecht University Councils) was established in 2006 with the goal of improving the quality of codetermination and to provide critical voices. Vuur members can also be found in faculty councils. The party presents itself as a progressive party whose main themes are quality of education and sustainability. In the past few years, student wellbeing was included in their priorities as well. The party feels, for example, that the two weeks of Christmas holidays should be completely study-free. That means no deadlines of projects during or right after the holidays, or exams in the first few days of the new calendar year. This is a top priority for the party, just like reducing the use of concentration-enhancing drugs like Ritalin. “If you want education at a high level, you also need to include moments of rest, to recharge. The focus has to shift from study success to student success,” the party writes in an explanation. “Studying should not be done at the expense of one’s health.”

The party, like the other parties, is also fighting for flex studying. “Students shouldn’t have to pay for education they’re not receiving.”

Topics relating to sustainability are not a real priority for Vuur. It’s an ‘average’ point of attention. “The UU already is one of the most sustainable universities in the Netherlands. It’s good to continue on this path, and investing in things like windmills is definitely the right thing to do.” Vuur is less vocal about vegetarian-only canteens. “It’s good to make people aware of their choices when it comes to food, but everyone should be able to eat what they think is good for them.” 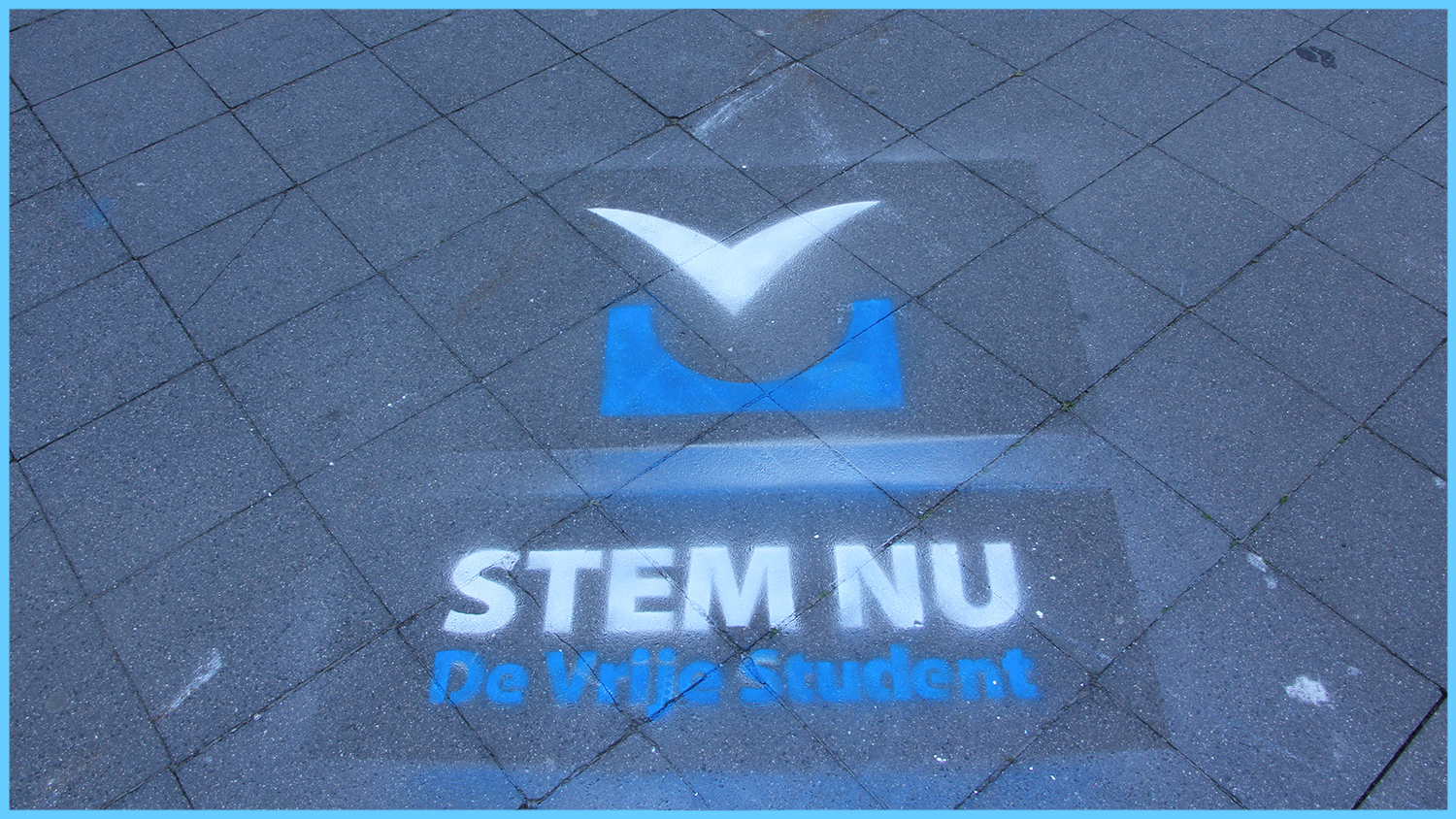 De Vrije Student is a national organisation that has representatives in university councils in several cities throughout the country. The party puts the student at the centre. They state that high-quality education is their most important cause. Making flex studying available was one of the reasons the party was established. “Everyone should only pay tuition for the courses they take; that is and will remain a priority for us.”

The party is the only one that puts resistance against proctoring at the top of their list of priorities. “Students should always have the choice to opt out of proctoring based on privacy concerns.”

Just like the PvdUS, the party thinks it’s important to provide the option of re-sit opportunities for exams you’ve passed. This is currently not allowed. De Vrije Student says this is important because students should be able to get the best out of themselves, and to show it.

De Vrije Student isn’t opposed to internationalisation, but does warn of the Englification of the university. “We’re not opposed to English-spoken study programmes per se, as long as it’s appropriate, and the quality and accessibility of education remain safeguarded.”

Don’t ask De Vrije Student to call for a fully vegetarian canteen. “We stand for freedom of choice. Students should be able to choose for themselves what they want to eat. We recognise the necessity of a sustainable university, but feel that forced vegetarianism is undesirable.” 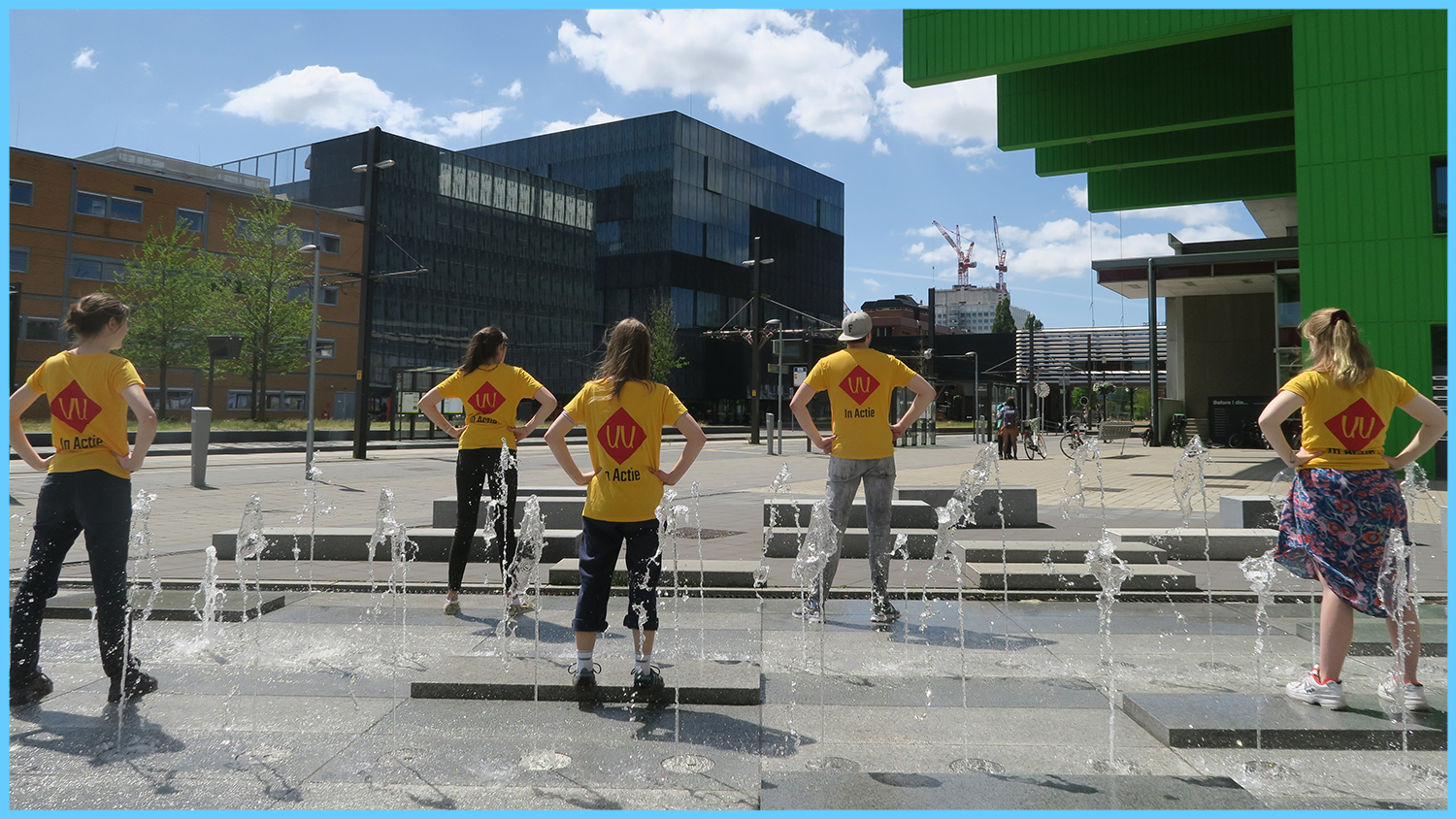 UUinActie is the youngest party. It’s also the only party that’s comprised of both students and employees. Last year, UUinActie managed to win one seat for students and one for employees for the first time. The party was established as a result of the national protest group WOinActie (Higher Education in Action). The party fights for better education, better research, and reduced workloads at universities.

One of the party’s priorities is a corona compensation for half the tuition. “The educational quality has been starkly reduced as a result of corona, despite the enormous effort of our teachers. Moreover, far fewer classes are being taught. All students are affected by this, and that’s why we feel students have a right to this compensation.” Another corona-related priority for UUinActie is the elimination of proctoring during exams.

A remarkable note is that this party is the most vocal about sustainability. The investment in windmills and making canteens exclusively vegetarian are both named as top priorities. “We want the university to be carbon-neutral by 2025. With relatively little effort, windmills can generate a lot of sustainable energy, but other green energy sources are welcome, too. Meat-free canteens are good for the environment and cheaper for students.”

The party thinks the approach to reducing stress is good, but doesn’t agree with the statement that the use of Ritalin should end. “Ritalin is a tool used as a result of stress. You shouldn’t fight the tools, but instead, introduce study methods based on students’ wishes.”

2. Ensure students have true Christmas holidays: no exams in the first week after the holidays
Top: Vuur, de Vrije Student

9: Give students the option of a re-sit opportunity for exams they passed
Top: PvdUs, de Vrije Student

10: Give more funding to student organisations, even if this is at the expense of means for education and research
Top: PvdUs. Low: Vuur, de Vrije Student, UUinActie

11: Lobby with the government for abolishing the student loan system and the reintroduction of study financing
Top: Vuur. Low: de Vrije Student

12: Stop the Englification of the university. Teach in Dutch as much as possible.
Top: de Vrije Student. Low: Vuur

14: Teach classes after 8pm if the corona measures require it; that’s better than not having in-person classes at all
Low: PvdUs, de Vrije Student, UUinActie

15: End the use and sale of ‘study-enhancing’ drugs like Ritalin
Top: Vuur, PvdUs. Low: UUinActie