A full academic year online: ‘Has the university forgotten about us?'

In September, some UU students will have completed a full academic year without classes on campus. Many of them are in the final stages of their humanities and social sciences degrees. Some feel as though the university has forgotten about them, or like they&#39;re second-class students compared to those enroled in the Faculty of Science, who are allowed to come to the campus for practical lab sessions. DUB spoke with six students who feel left behind.

The university library was relatively crowded last Monday afternoon: the tables designated as study spots were all occupied but, apart from that, there weren't many people around. The only students allowed inside were those who had made a reservation in advance and those there to pick up a book. I agreed to meet Tamara (21), a third-year History student, for the latter at a study spot reserved for her by her supervisor. She is not required to come to the university just yet, as all her classes are online. “The university is good at facilitating study spots, they've clearly put a lot of effort into that. But I’ve also read that UU refused to rent out movie theatres or other large spaces to provide lectures for more students, despite other institutions choosing to do exactly that. I don’t think UU did everything it could.”

Tamara is one of the students whose education has been provided exclusively online this academic year – and there are no plans to offer classes on location in the fourth term either. UU is sticking to to maximum occupancy of 35 percent, of which most is filled with exams and practical sessions. Tamara misses having classes face-to-face. “I really enjoyed the lectures and work groups. Now I just sit in front of my laptop all day, and it’s not something I do for fun. The teachers of one of my courses are trying their best to be allowed to teach on campus sometimes, but I’m not sure if they’ll succeed and, if they do, to what extent". For Tamara, there's a big difference between studying from home and studying on campus. “Studying at a study spot at the university library instantly makes me feel better. It comes more easily that way.” 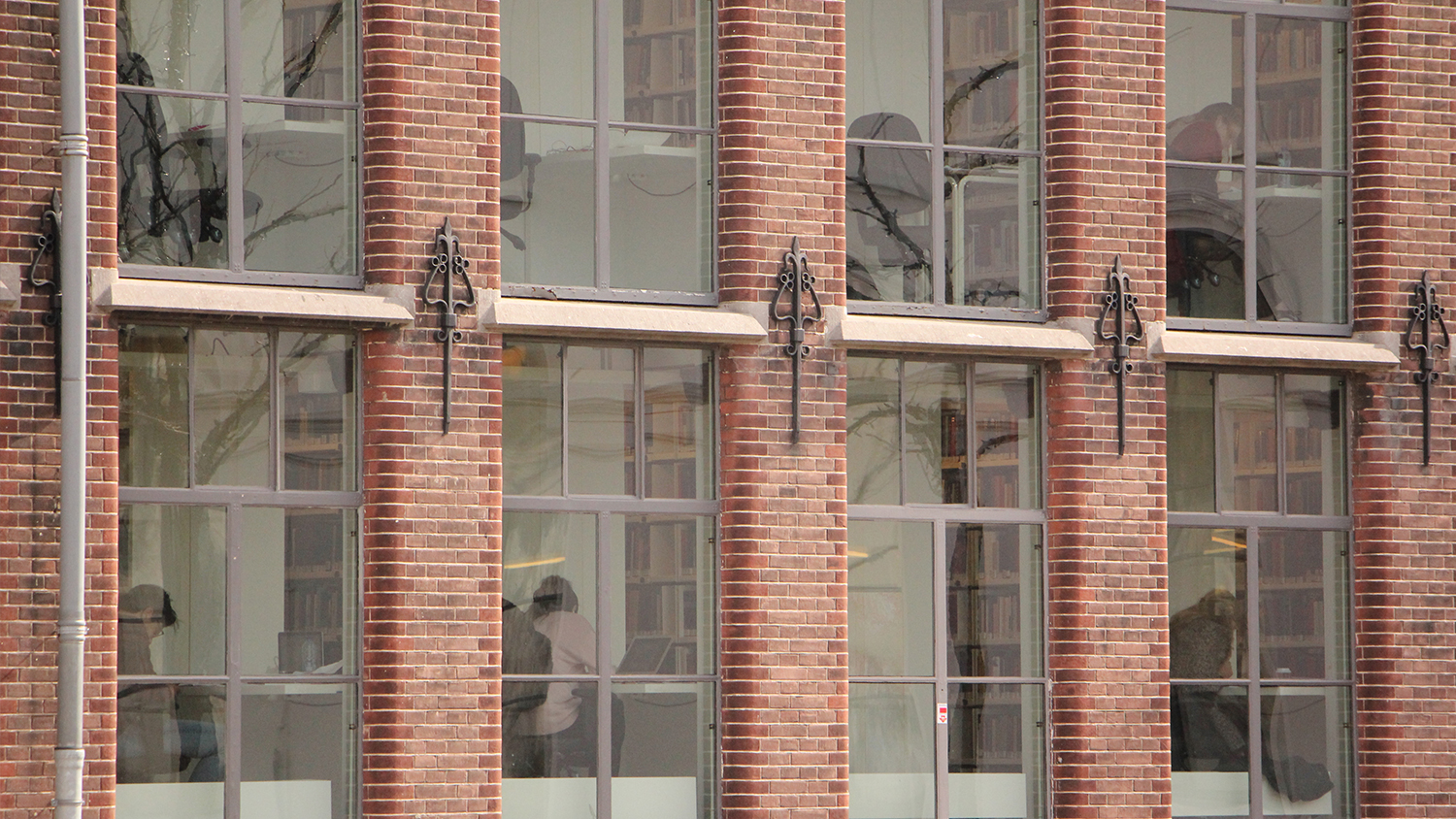 All students need to have classes face-to-face

I spoke with Ellen (21), another History student in her fourth year, over the phone. Unlike Tamara, she rarely uses the study spots available at the library. “You’re usually not allowed to stay at a spot for very long. You can only select a two or three-hour block and I want to sit there all day. Since that’s not possible now, I just think: 'well, I’ll stay in my room then, or go to my parents’ for the weekend'.”

Ellen thinks the university should offer more possibilities. “I understand the reasoning: 'what kind of classes on campus does a History student really need?' But the thing is: all students need to have classes face-to-face. Especially after all the cutbacks in Humanities these past few years, it feels as though they've forgotten about us. Like we’re less important.” She has the impression that the university is prioritising the students of the Faculty of Science in its reopening policies. “I feel like they're getting preferential treatment, because they have more stuff to do in person, like labs. That’s easier to justify. I understand that the university has to make choices, but it’s still a shame.”

Willemijn (23), who’s in her second year of Educational Science and her first year of French Language & Culture, states that the university should be more transparent about its decision-making process. “How are these decisions made, and why? I have no idea how that works, what’s being discussed, or how much they're influenced by the Executive Board, the University Council, or the faculties. Explain it to us, so we can understand and empathise.”

According to the update e-mails sent by the Executive Board throughout the pandemic, first-year students are being given priority in campus access. “I haven’t seen any proof of that – none at all. For my French degree, I’ve only been at the university for exams and I’m definitely still a first-year student. I need to establish a connection with my classmates. I don’t appreciate the university not facilitating that. Why did they even say they would, then?"

100 euros worth of tuition fees not being used

Jannah (24), enroled in the two-year Master's programme in Sustainable Development, is more understanding of the university’s decisions. “I’m a first-year student again and I've been hearing that a lot of Master’s students don’t live in Utrecht. So, it’s quite something for a school to require them to spend an hour in public transport, increasing their chances of getting infected. I completely understand why regular classes and work groups are still being held online as much as possible, and why the focus now lies on practical sessions and labs, even if it’s unfortunate that we can’t go to school now.”

Jannah is glad she'll be receiving a compensation – next year’s tuition fees will be cut in half - but she doesn’t understand why the policy hasn't been implemented retroactively. “It's unfair to the people who are graduating now. When the pandemic broke out, I didn’t have any classes for two weeks because teachers needed time to switch their courses to an online format. It felt like a vacation, but if you calculate it, it’s actually 100 euros worth of tuition that isn’t being used.”

Face-to-face contact with his fellow students is what History student Douwe (21) misses the most. He’s taking a minor in Arabic this term, which is being offered completely online, apart from a single exam at the university. “When you attend online classes, you don’t really feel like you can become friends with your classmates. I’ve talked to some people in my minor, but I only saw them in real life for the first time at the exam – briefly, and behind a face mask. I didn’t have a real chance to talk to them, which is a shame because we’re all very nice on Microsoft Teams, but that’s not enough to start a conversation in real life.”

He also thinks online education makes it harder for students to engage in discussions. “I'm taking a course about International Governance and it’s really important to discuss the material. I remember last year, when we had discussions about similar topis in class, and the teacher would just take a step back and let it happen. There’s so much more to talk about that way, so you can get much further.” 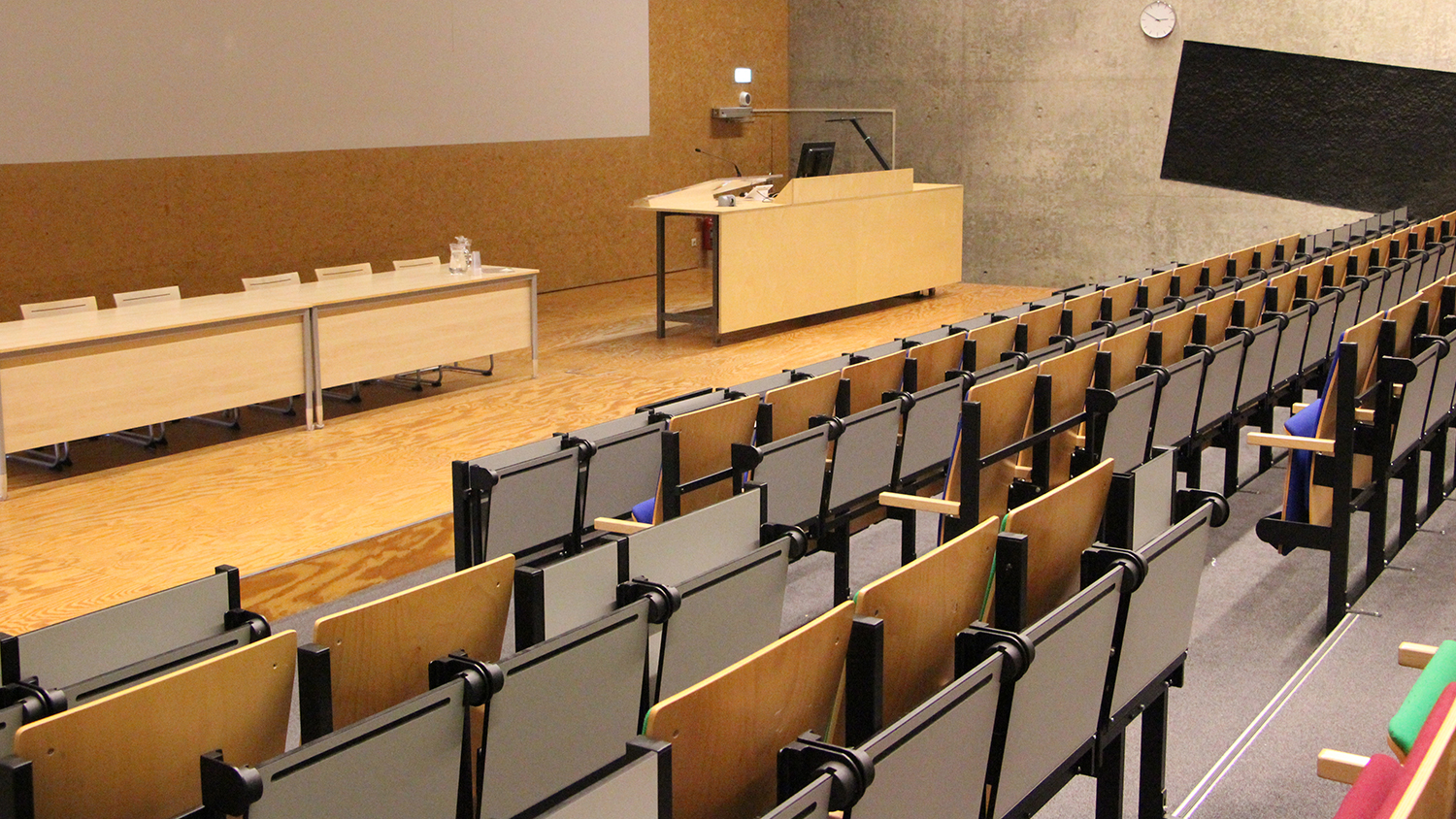 Fifth-year Law student Joost (24) feels the same: for him, classes nowadays feel like short tutorial courses. “There is a list of topics on offer and, once you’ve clicked through everything, you’re done. The work groups are far less participatory.” Still, he doesn’t miss classes on campus as badly as he thought he would. He didn’t have many hours on campus to begin with, so his social circle didn't come from his classes. He also sees many benefits to online education. “All information is posted to Blackboard. Normally, some things would be recorded and others wouldn’t, that depended on the course and the teacher. Now, all information can be found on the online platform, so everything is very clear and searchable.”

What about their grades? Has this situation affected their results in any way? Ellen, Douwe and Tamara haven't noticed any significant change. Joost and Jannah’s grades have actually improved this past year. But for Willemijn, who’s doing two Bachelor programmes, the switch to online education has led her to fail a course. “I usually take three courses at a time and that’s fine. But I only passed two courses in the third term because I simply couldn’t do it anymore, I just didn’t feel like it. That's why I've decided to take only two courses in the fourth term. I’m doing less than I’d normally be able to handle, which is a shame.”