Patronising: from imposed ideology to a plea for flight ban

From our photo comic 3Hoog: 'Look at these rules very well and obey them'

So far, DUB has received over twenty responses to our call of whether you’ve experienced being patronised at university. Some feel it’s nice to be able to talk about pushy teachers and intolerant co-workers. On the other hand, there are also those who feel the university should be able to take it a step further, to help employees live healthily and in an environmentally friendly way. We’re discussing the current score – you can still send in your thoughts.

“You’re wording it exactly as I’m experiencing it,” says a Law student. She calls herself a conservative Christian. “I’m disgusted at how much the gender ideology is imposed on us. Can I please decide for myself whether I approve or disapprove of a certain type of behaviour? Who says everyone’s in favour of rainbow flags or gender-neutral bathrooms? I don’t want to run into people from the opposite sex in the bathroom, let alone a male teacher.” 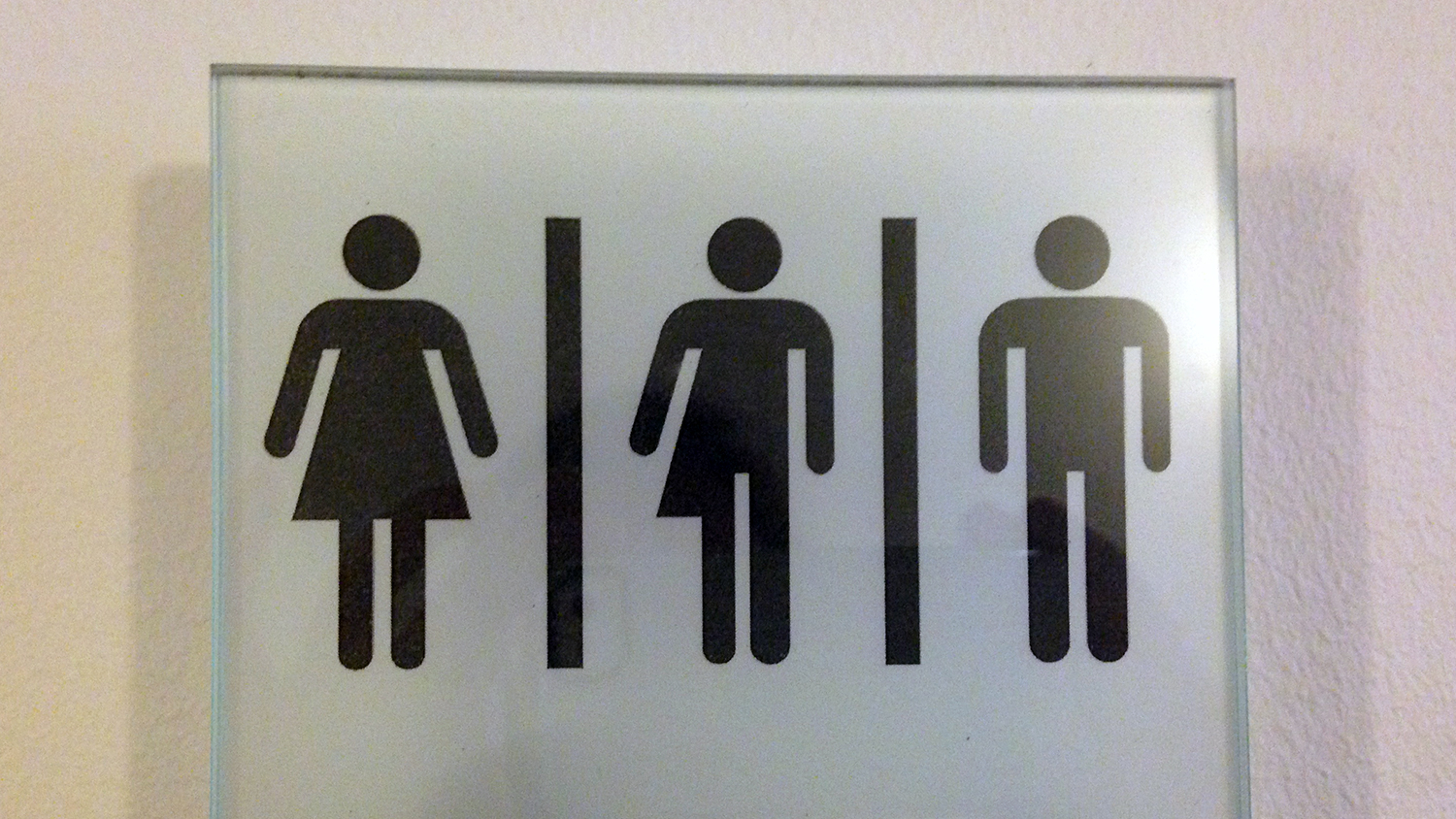 Teachers’ opinions
This Christian student, as well as other students, don’t so much feel like it’s a problem if their teacher’s opinion differs from theirs, but it’s an issue that they don’t feel free to counter it with their own ideas.

Who says everyone’s in favour of rainbow flags or gender-neutral bathrooms?

A Humanities student writes: “At one of the Language and Culture Studies courses, we talked about migration issues and the duties of rich countries concerning migrants and the Third World. I felt like it wasn’t an option to present a different opinion than the one that says the Western world is always the bad guy, and always has the duty to take everyone in and help.”

“I was in a Political Theory class last semester where I stated that, as long as the poorest people are not destitute and the path to acquire riches is not corrupted, inequality is ok. That I live quite a good life without being rich and I don’t care if someone else owns an island,” writes a University College Utrecht student.

“As soon as I said this, a number of people answered quite angrily, and with surprising confidence (dare I say, with certainty) that I was wrong. I kind of expected the reaction, as equality is the cause célèbre of this time and place, but people should be open-minded and tolerant enough to seriously consider my statement, perhaps even ask questions so I could say why I had that opinion.”

In the eyes of these students, several UU students present an ideology rather than scientific facts. Such is the experience, too, of a Law researcher. He works at the university as well as outside of it. He was surprised about a guest speaker who spoke about the ‘demographic suicide’ of Europe because of the growing number of migrants who couldn’t be invited anymore.

“There were solid arguments to be presented against this (and a few in favour), but that isn’t what happened. A subdued fight erupted with mostly moral accusations that you can’t say such things. After the man had left, the whole thing escalated even further. Until someone suggested we just shouldn’t invite him anymore. I said I didn’t think that was the right thing to do in an environment where free discussions should take place, even if you have good cause to disagree with someone’s opinion. It doesn’t help anyone to isolate these opinions. The consequence: I was attacked myself, because I might just be agreeing with the story (which I’d never said at all).”

Racism in class
Still, we hear a different sound as well. One Social Science student resented a teacher who, during a debate in class, didn’t intervene when people made racist remarks.

Some very racist things were said, and no one said anything about it

“The debate was about the question of whether there should be a separation of white and black schools. Some very racist things were said, and no one said anything about it, and the replacement work group teacher didn’t intervene either. It seemed like these students felt like it was okay to say racist things because they were ‘just playing a part in a fake debate’. No one took the responsibility of intervening, and this is just one specific example of what I’ve experienced in class.”

Confronted at work
Patronising behaviour can also mean being treated like a child. One Sciences student describes:

“We had class in the administration building, and were drinking coffee on a bench. There were about four of us; we were mostly occupied with homework, but I’m sure we were also cracking jokes. After half an hour, we were confronted by an older lady. She made it clear that this building was for the real people, and that we’d better go and bore ourselves on the square near the Spar.”

There are also people who feel confronted about their love for eating meat, or getting coffee from the machine without re-using their own mugs. Several employees wonder whether the sustainability promoters actually live life according to their own rules. One employee who works at the university’s Corporate Office writes:

“I feel like the explicitly leftist colleagues don’t follow their own rules in life. They spend all day talking about sustainability, hating on people who drive cars, comparing barbecues to the holocaust, and then they travel around the world by plane multiple times a year.”

Never feel criticised
There are also several responses from people who say they personally have never felt patronised.

“I’m one of the few people in my environment who smokes cigarettes every now and then, but I never feel like I’m being criticised for it,” says a Sciences student. “My study programme is multicultural and although people with similar backgrounds clearly seek each other out, there’s never any hostility or discrimination. On the contrary: people talk respectfully about differences in our backgrounds.”

Employees/students should stop bitching at each other about meat, planes, or cigarettes

In the United States, ‘identity’ is much more important, says a different Sciences student – although it seems that with the increased popularity of political parties Forum voor Democratie and GroenLinks, we’re going in that same direction. “Gender-neutral bathrooms are a fun idea and all, but I feel like it’s nonsense to change everything to appease 0.5 percent of the population.”

The UU is doing fine, says a Social Science student. “I personally don’t feel the UU is imposing anything on me, but I do feel like employees/students should stop bitching at each other about meat, plans, or cigarettes.”

The fact that the university provides standard vegetarian lunches these days, or tries to limit people’s flights, has nothing to do with scientific research, says a UCU teacher. That’s just a large organisation taking its responsibility. “It becomes a problem when the difference between fact and opinion isn’t recognised at university anymore. When we’re talking about opinions and behavioural choices, I’d hope that in our society, we have some tolerance and respect for diversity.”

Positive about sustainability and diversity
Others feel there’s nothing wrong with confronting people about their behaviour. “I don’t feel like I’m being patronised at all, I’m mostly happy I get to work here,” says an employee at the Corporate Office. “I experience it as a positive thing that the university propagates certain types of behaviour, in for instance (animal) welfare, sustainability, health, and diversity.” 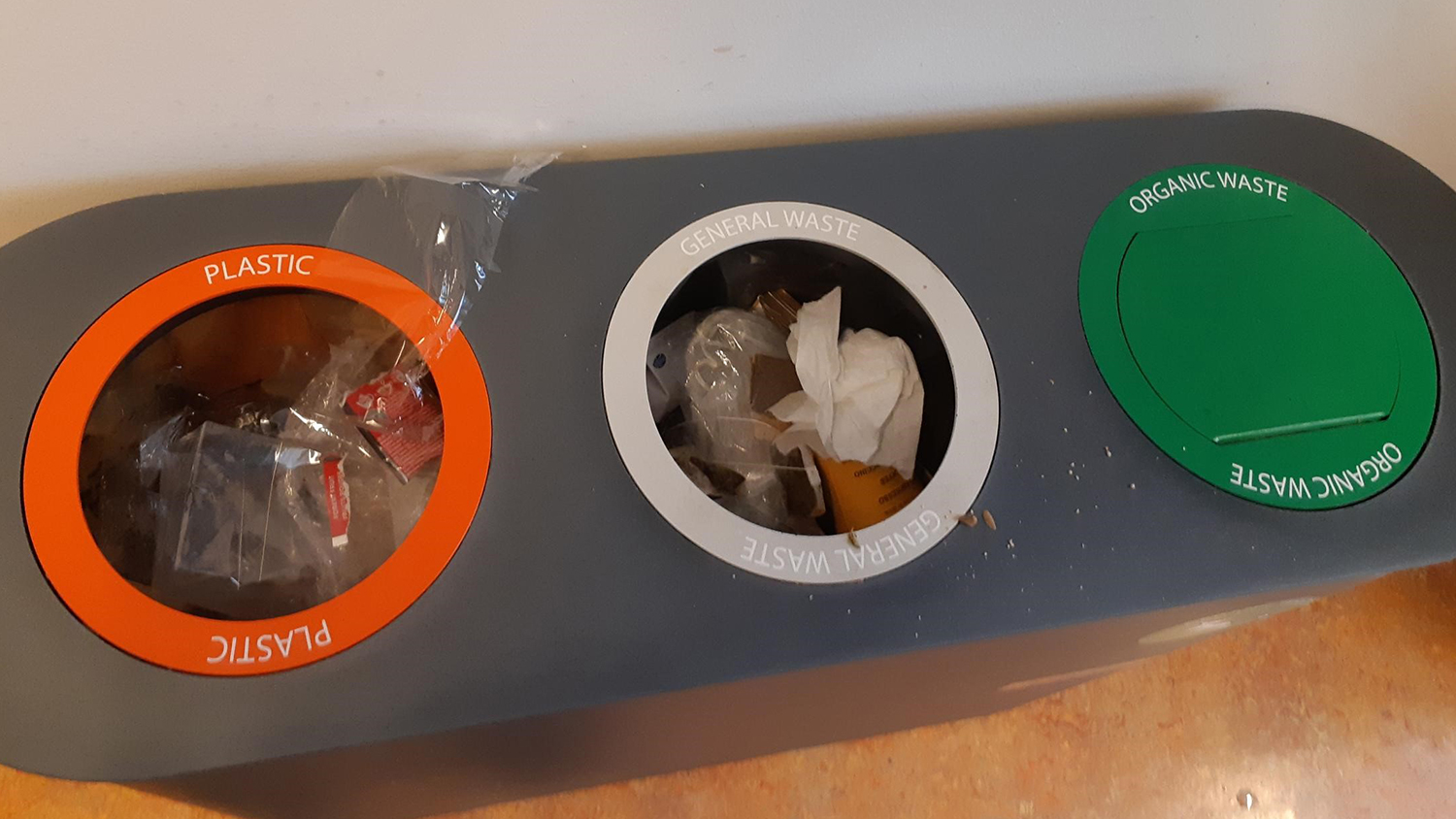 Personally, I feel like ‘being patronised’ is something that can only possibly bother people aged 45 and up

One UCU student thinks there’s a link between experiencing being patronised and age. “Personally, I feel like ‘being patronised’ is something that can only possibly bother people aged 45 and up. There’s a fairly small chance they’ll live until 2050 – but also because it’s a word I only hear people from that age group use. A university is the ultimate place where large-scale social change can start, where people think about the long run, so it’s a good thing students and teachers are encouraged to live a more sustainable life.”

Several people point out that themes like sustainability and diversity aren’t left or right. “You can’t get around the fact that flying and meat eating are disastrous to humans, society, and the environment. The way you handle this – that may well be politically left or right,” a Corporate Office employee writes.

One employee at the Humanities faculty agrees: “Of course the university should propagate sustainability and diversity. As a university, we’re basically a small-scale society with a responsibility for the growth and wellbeing of our people and our environment. You can say sustainability and diversity are leftist hobbies, but that doesn’t take away from the reasonableness of these statements. I prefer a left-wing hobby over a right-wing habit.”

Forcing a change in behaviour
For some people, the current policies don’t take things far enough. “Within an academic setting, you should be able to expect we’re all thinking critically, and with self-criticism as well.” This Corporate Office employee says we should take more concrete measures.

“Imaging there’d be a rule: you’ll only receive holiday money if you don’t fly for fun that year. That’s not patronising to m, because it’s a result of an elaborate vision and it’s necessary, because we’re not solving this ourselves.”

Freedom of choice
The Netherlands is polarising, and the university is no exception, according to several people’s responses. One Social Science student says: “The UU has the responsibility to facilitate conversations about topics such as the environment, migration, and inclusivity. That means we should talk less about each other, and more with each other, without judgment.”

A Science student writes: “If people want less meat at the university, then that’s something that should be the result of discussion, and by convincing people. If the canteens are meat-free, employees and students aren’t the ones leading by example; it’s just behaviour imposed on them from higher up. That, to me, is patronising. Whether I agree with it or not: everyone should be able to make their own choices.”

One Law scientists warns: “For those in the bubble, there’s no problem; they flourish at the university – so they’re over-represented. Of those who aren’t in it, many are afraid, or at the very least ashamed to admit their different opinions, especially in ways they feel might have consequences for them (or even just pose a risk).”

This is the second article about the question of whether there’s patronising behaviour at the UU. Read the first story here. You can still send in your response by sending an email to dubredactie@uu.nl.
Tags: betutteling | sustainable | Diversity | health