Utrecht University’s CO2 emissions have diminished because of the pandemic, but that isn’t the way the university wants to achieve its goal of becoming carbon-neutral by 2030, of course. “This is a good time to reflect on what we want to take from this period to help us get closer to our objective”, says Lysanne van der Lem, new manager of the UU Sustainability Programme. 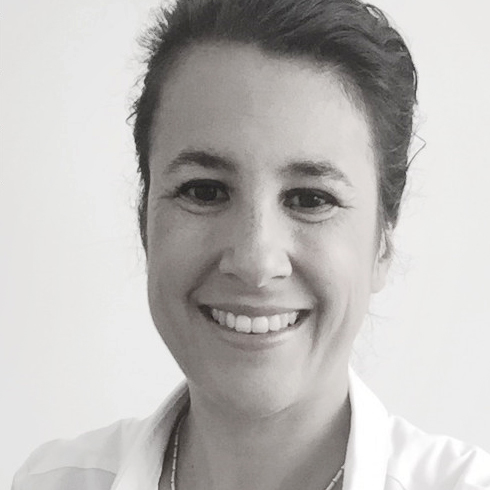 Lysanne van der Lem took on the position in June and has only been to her new workplace a handful of times. Even so, she’s gotten to know many people at the university, and she can say – from experience – that being at the office every day is not a prerequisite for doing her work properly. Once the corona restrictions are finally lifted, working from home every now and then will help the university to reduce the CO2 emissions related to its employers' commute. “But it’s not up to us to make decisions on this type of policy.”

In its sustainability plan, the university did include the goal of making employees’ commutes as sustainable as possible, as well as encouraging employees to travel by train rather than by airplane when attending scientific conferences. Last year, mobility was responsible for 26 percent of the UU’s CO2 emissions, according to the official UU data. Most of the university’s carbon footprint in 2019 (53 percent) was related to the use of natural gas to generate electricity and produce heating for its buildings. 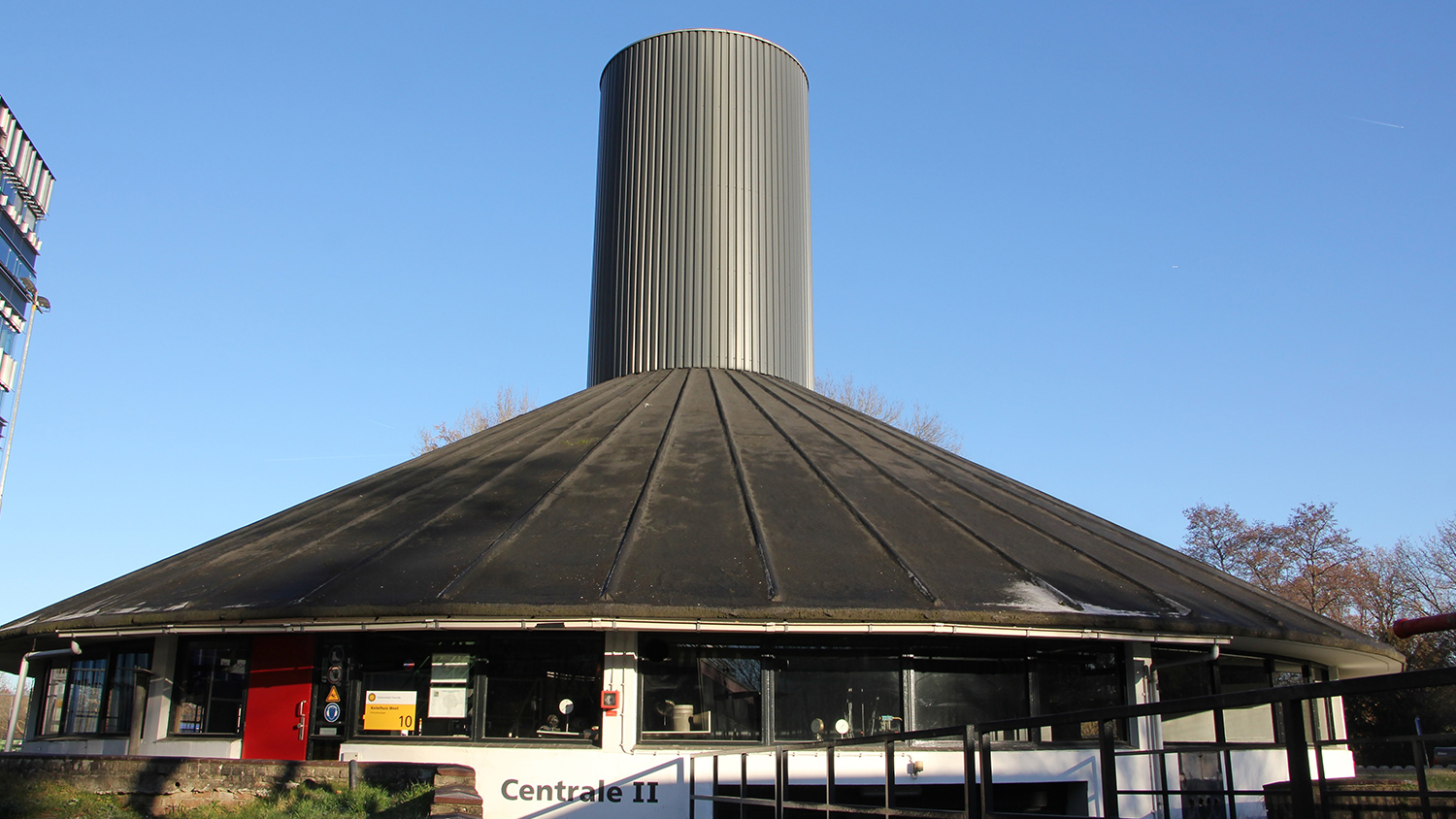 Surprisingly, this percentage is actually higher than in 2018. Van der Lem says that’s because of repairs to one of the boiler rooms in De Uithof, which meant that more ‘grey’ electricity had to be bought. Although the total CO2 emissions have been dropping since 2014, these repairs caused UU’s carbon footprint to grow slightly from 62,133 tonnes of CO2 in 2018 to 62,780 tonnes in 2019.

Carbon-neutral
In its previous Strategic Plan, the university declared its intention to become carbon-neutral by 2030. In order to achieve this, the CO2 emissions would have to be reduced to 53,000 tonnes by 2020. It remains to be seen whether this goal has been achieved, which doesn’t look like the new programme manager is off to a great start. But Van der Lem doesn’t see it that way because last year’s increase can be easily explained.

Besides, she hopes to make up lost ground in the next few years by reaping the rewards of the 2019 preparations for investments in sustainability. Van der Lem refers to the new 2021-2025 Strategic Plan, which states that the university is committed to carrying out an energy transition by implementing measures such as expanding the number of solar panels, connecting buildings to the aquifer thermal energy storage wherever possible, and focusing on sustainable construction. She hopes that the goal of being carbon-neutral by 2030 will be achieved with these plans.

Still, there are a few uncertain elements that might throw a spanner in the works. She points to the feasibility study for installing windmills in Utrecht Science Park, on which Corporate Real Estate & Campus' Energy Team is working on now. Before windmills can be installed, there needs to be broad support for doing so and permits must be obtained.

Building on a solid foundation
Titled 'Improving the world sustainably together', the university's Strategic Plan 2025 states that connections need to be strengthened between research, education and sustainable ambitions in order for the sustainability goals to be achieved -- and that’s what Van der Lem will focus on in the next few years.

“The Sustainability Programme has laid us a strong foundation in the past few years. In the first phase, the focus was on awareness and setting goals regarding the sustainability of the university’s operations. I’ve encountered so many people who are working on making the university more sustainable in different ways. Goals were formulated, ambitions were stated, and steps were taken regarding zero waste, CO2, biodiversity, and mobility, to mention but a few examples. We can build on that.” 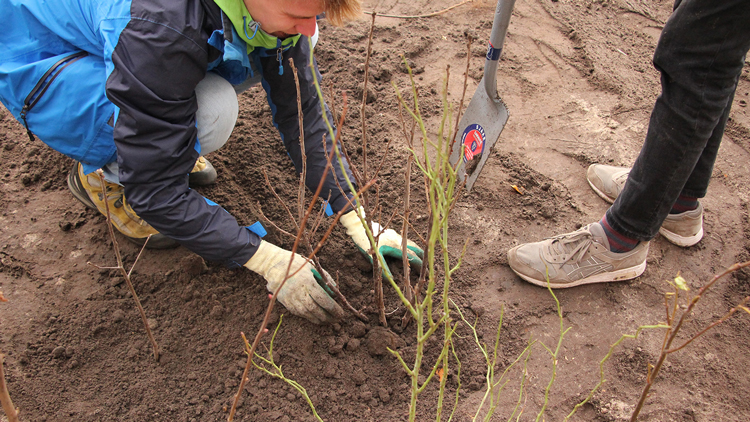 Biodiversity, for example, will be in the spotlight this year as the university has joined the Delta Plan Biodiversity Recovery of the Netherlands programme. Merel Soons, UU Associate Professor in Ecology and Biodiversity, is committed to the project. She doesn’t just want attention to be paid to the topic in education and research, but also that the importance of biodiversity in De Uithof is stressed. That’s where the Sustainability Programme comes in.

Living Lab
“We want to set up a living lab for this purpose in the Utrecht Science Park. We already have a tiny forest with lots of native plants and trees, which is great because it provides a safe place for birds and insects, but so much more can be done. We'll implement some changes in the Science Park's vegetation, for example, and collaborate with researchers, students, Corporate Real Estate & Campus, and the Facilities Service Centre to work on an integral long-term strategy.”

In a living lab, theory and practice come together. When it comes to biodiversity, first the university needs to define the current state of affairs. Then, see what needs to change in order to increase biodiversity. Finally, it must investigate with those changes would amount to. To do this, it must recruit students and researchers willing to help. “The changes can be measured, which gives us data for science. My goal is to have biodiversity as well-established in people’s minds as energy transition”, says van der Lem.

This isn’t the first time such a collaboration takes place in the UU. Professor Wilfried van Sark, for instance, has been researching solar panels at the Utrecht Science Park for years. There was also a sustainable food island feeding data for the Future Food Lab, and a pilot to see whether biodegradable plates are more sustainable than ceramic ones -- one of the many sustainability issues students have been delving into in the living lab of Green Office Utrecht. They’re examples Van der Lem wants to build on. “That way, the university showcases its own research.”

If it’s up to her, the university's sustainable ambitions should become more visible, especially among students. That will contribute to the Sustainability Programme's goal of raising awareness about the issue. “The tiny forest is a great example, but you can also think of things like showing the students that the building they're in is heated with sustainable energy. As new students join us each year, they need to be made aware that it’s more sustainable to turn off the lights when they leave a room, and that they can join numerous projects set up by the Green Office, which are created by employees and students.”