Vibrators and omelettes: our campus columnists had a rollercoaster year

For the past eleven months, UU students Sophie Hudson and Lili Szarvas have been sharing their thoughts and opinions with the UU community as DUB&#39;s campus columnists. What was it like to write about student life whilst being stuck at home during lockdown? And what advice would they give to next year&#39;s columnists? A conversation between two young, writers about setbacks, taboos and dreams.

Lili: "This past year was like a rollercoaster. Sometimes I had the most intense idea streaks for columns. I could keep on writing and writing. And then there were months when I was quite unmotivated, when nothing happened because of the Covid-19 pandemic. I would be stuck at home, trying to come up with something to write about. That’s why most of my columns are brainstorming processes and me just wondering how to figure out student life.".

Sophie: "Same. In the beginning of the year, I vowed not to write columns about Covid, but in the end almost every single one was in some way related to the pandemic. Our lives are so much smaller in a way now, so I found myself writing about smaller topics. The column I used as my entry for the competition last year is a good example. It was about a flatmate leaving a frozen chicken on the kitchen table.

"When I read your columns, Lili, I felt like you wrote about how Covid affected your life in a deep, mental way. Though you introduced it as topics that were trivial and light so people could relate to it, it was really about something deeper. Like the column you wrote about an omelette reflecting student life." 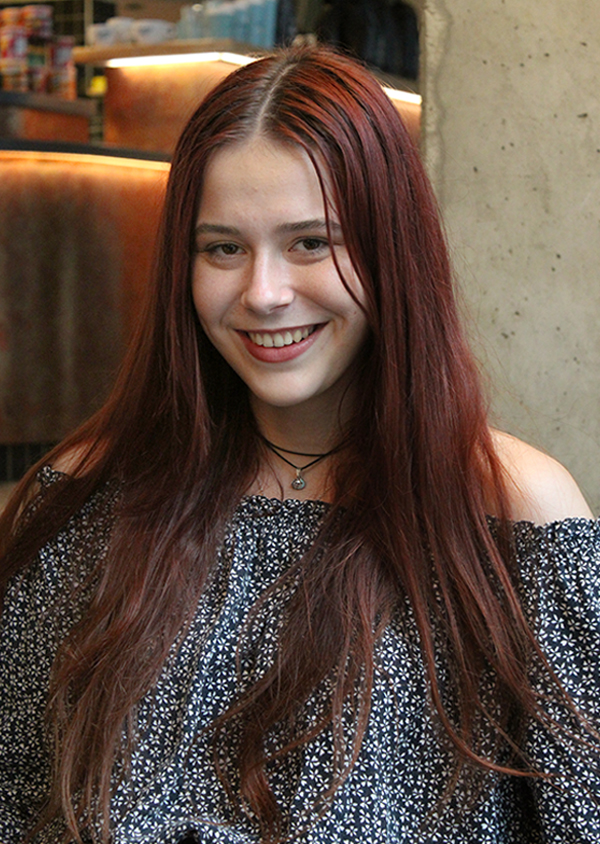 Lili: "That was my main goal. To turn something vague into something normal. I would grasp a very usual everyday setting, look into it and turn it inside out to see what’s behind it. And to see how people position themselves in that setting, like baking an omelette.

"My wellbeing was always a big part of how I wrote my columns. It’s bittersweet. I always like when there’s a touch of bittersweetness in them, that’s my style. But all the other stuff, like writing about being sad or anxious, wasn’t intentional. For me, writing is literally getting feelings and thoughts out of me. What was that like for you?"

Sophie: "My columns dried up a bit when I wasn’t feeling well. Due to the lockdown, my flatmates and I spent a lot of time hanging around in the living room with our lectures on mute. It was not a healthy environment to be in, and ever since then I've noticed my columns implicitly depicting those feelings related to mental health, but I also enjoy not addressing it directly."

Lili: "How do you feel about having people look into your thought process? It’s so personal…"

Lili: "It’s scary. I often find myself in situations where I don’t let myself be vulnerable. Writing is a way out, so that I’m able to say something and put myself out there without having my face associated with it. I think being the campus columnist has helped me to accept vulnerability more.

"Whenever I’m in a creative mindset I come up with sentences for the column in my mind or short stories. Sometimes I find myself actually saying theses sentences out loud to people, which shows how much more vulnerable I’m becoming."

Sophie: "I have a similar process. I think of sentences and save them in a folder on my phone called ‘Writing’. I’m always afraid of being too pretentious, which some sentences can be, but in my columns they work."

Lili: "Pretentiousness and vulnerability are my main enemies."

Sophie: "Is there anything that would be a taboo for you to write about?"

Lili: (Laughs). "I think I would write about everything. Unless there’s a really high scale of pretentiousness. What about you?" 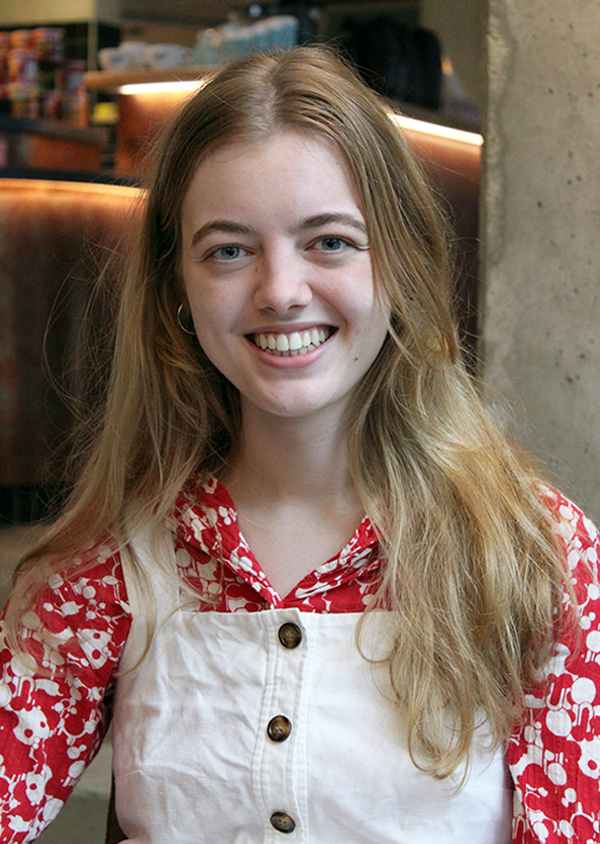 Sophie: "I wouldn’t write about things I didn’t experience. I’m allowed to overshare about myself but not about others. When my mum proofreads my columns, she sometimes says: ‘No, that’s not your story to share.’

"Sometimes I wish I would write more about politics or big problems. Someone asked me over summer if I could write about the Israel-Palestine conflict. It’s not that I don’t want to, but it’s not my story to tell. I don’t know enough about it. So then I promised myself I would write about something big if it was a cause that I am more strongly affiliated with, like climate change. But it’s already November and I still haven’t sat down to write about Amelisweerd and the plan to chop their trees. I always end up writing small, fun columns."

Lili: "It’s your column. It should be about you. And 500 words is very little if you want to write something critical and impacting. That’s why I never want to give a clear message."

Sophie: "I sometimes feel guilty about it. I know DUB might want more critical pieces about university life, so I feel guilty for not having written so many of those. But there is not a lot happening outside my life at home because of Covid. My columns are kind of small, but that’s because our world has gotten quite small."

Lili: "You’re forced to create a world inside of you, but it has nothing to do with outside surroundings. It’s more like opening up a new way of thinking about student life. What I would suggest for the new campus columnist is to ask for more guidance when you get stuck. We have to write about ‘student life’. But that’s so vague. It’s hard to pinpoint interesting facts and make it a sequence between your columns. In addition, the new columnist should try to be as honest as possible. Did you ever feel dissatisfied with any of your columns?"

Sophie: "Yes. I have a lot of half-finished ones that aren’t going anywhere. In one  of my columns, the one about dating, I wish I had mentioned bisexuality. I kept writing ‘he’ as if that was the only possibility, but I also date women and I wish I had taken the chance to be more representative and truer to myself. I guess I was scared."

Lili: "Do you care about how many responses you get after publishing a column?"

Lili: "No. I don’t even tell my family in Hungary. Only my grandparents. My grandpa is a writer too, so I send him the pieces."

Sophie: "Good for you! People always say you should write for yourself, but tha’s hard. And do you plan on continuing writing?"

UCU student Sophie Hudson (20) and Lili Szarvas (20), who follows the Bachelor's in Media & Culture, became DUB 's campus columnists in January 2021, after winning our yearly contest. Sophie writes for the Dutch website and Lili writes for the English one. Lili also draws the illustrations for her columns herself.

Now we're looking for the next campus columnist. Are you the student or staff member who is going to write biweekly columns for us in 2022? If you think you have what it takes to win the contest, don't hesitate to send us two columns before December 1! In addition to a space to share their thoughts with the UU community, the winner also gets a stipend of 1,000 euros. More details here. 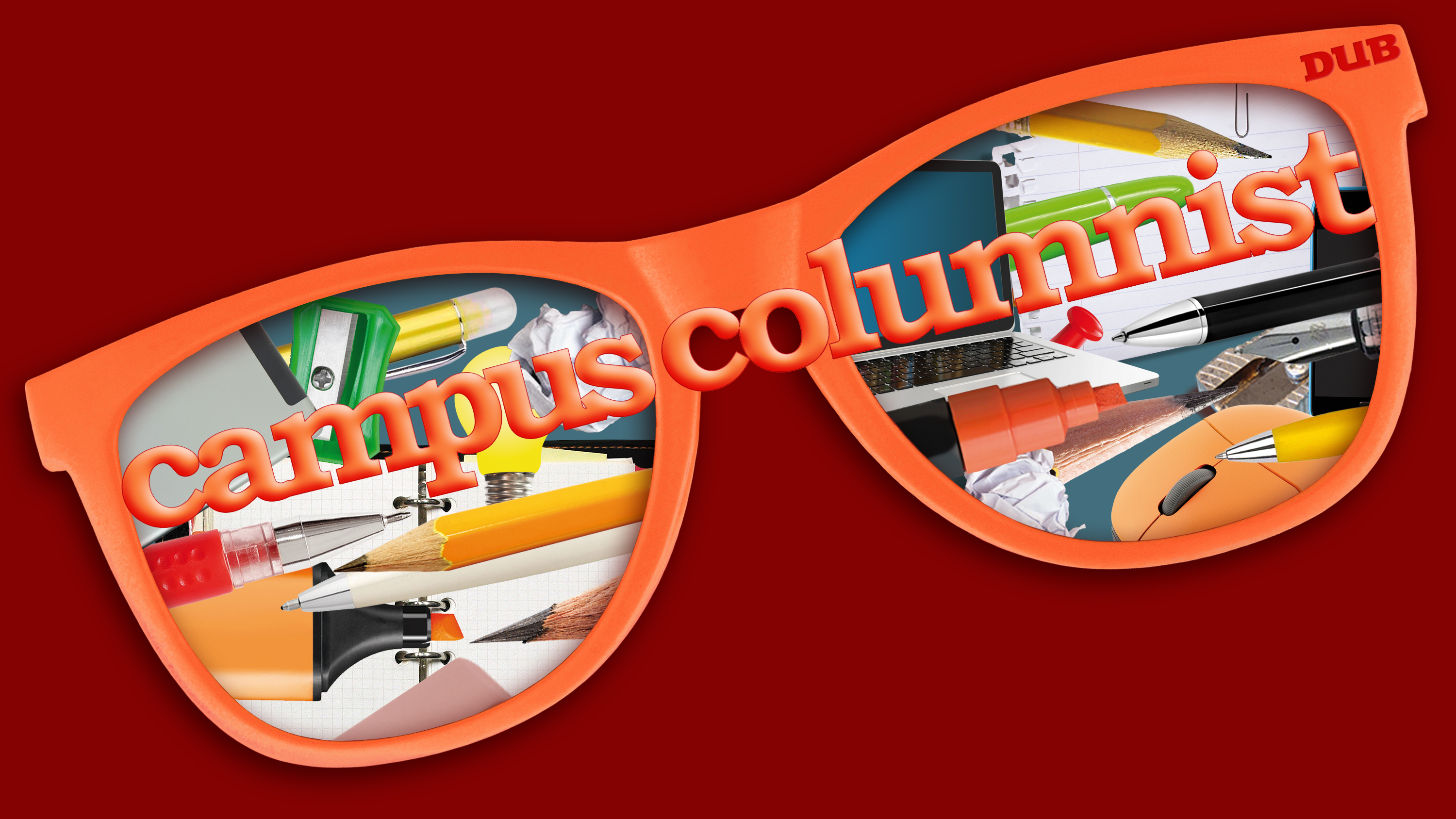