University Rebellion wasn&#39;t able to convince the university to declare a state of emergency regarding climate change. The activists didn’t succeed in bringing more urgency into the university&#39;s sustainability policy, either. However, UU did invite the movement to sit down and discuss solutions together.

The protesters made two clear demands. Firstly, the university should declare a state of emergency concerning climate change right now. Secondly, UU must take more action than it has done so far. At twelve o’clock, as the monthly sirens wailed, the protesters lay motionless on the ground for a few minutes to symbolise the death of both humans and animals as a result of climate change. 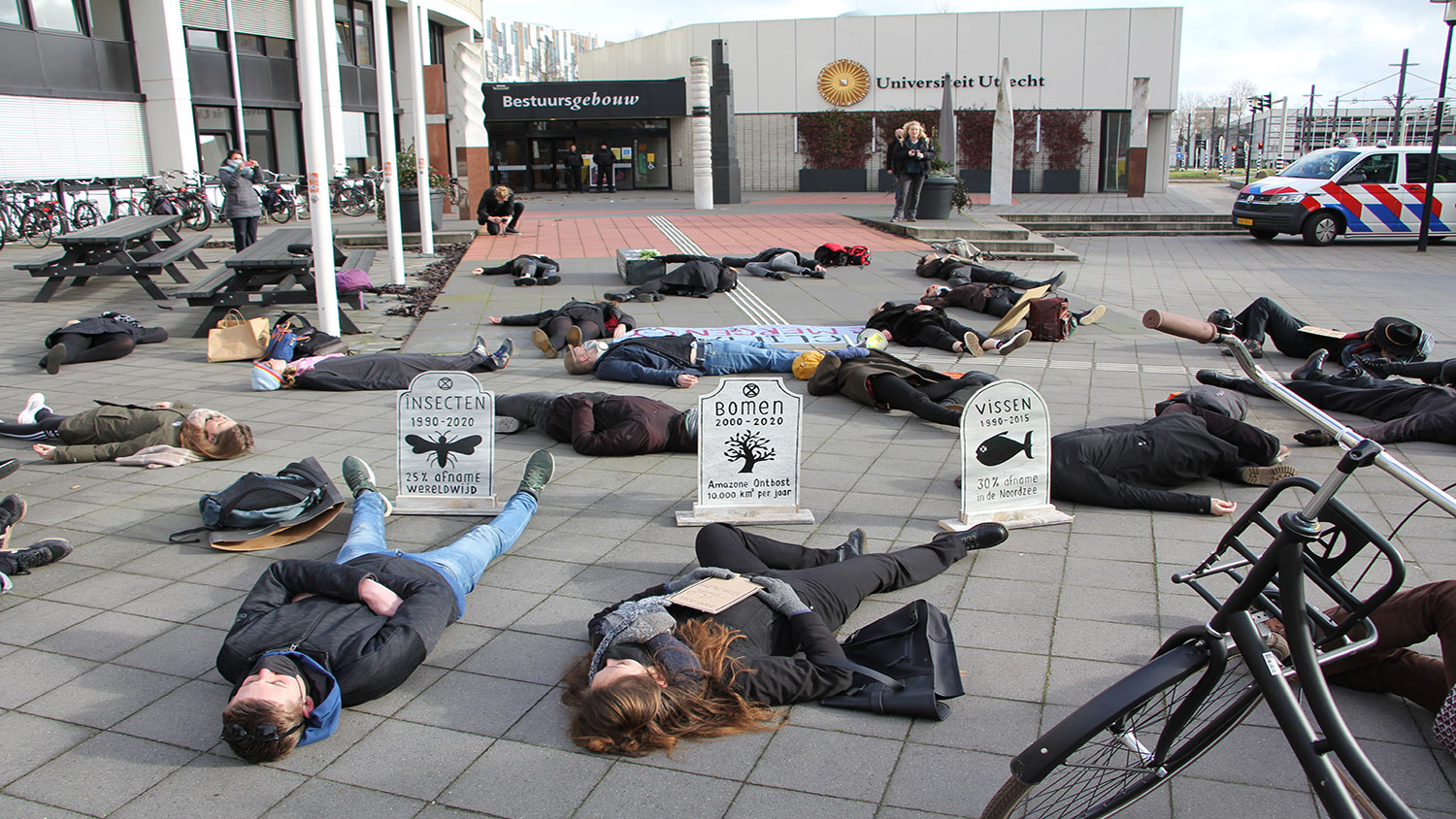 UU President Anton Pijpers was present in the protest to receive an open letter with an accompanying petition supporting the protesters' demands, signed by 300 people. Pijpers acknowledged UU's crucial role in the issue of climate change and explained that the university is already making a significant contribution to sustainability. After all, sustainability is one of the four strategic themes guiding UU's research. 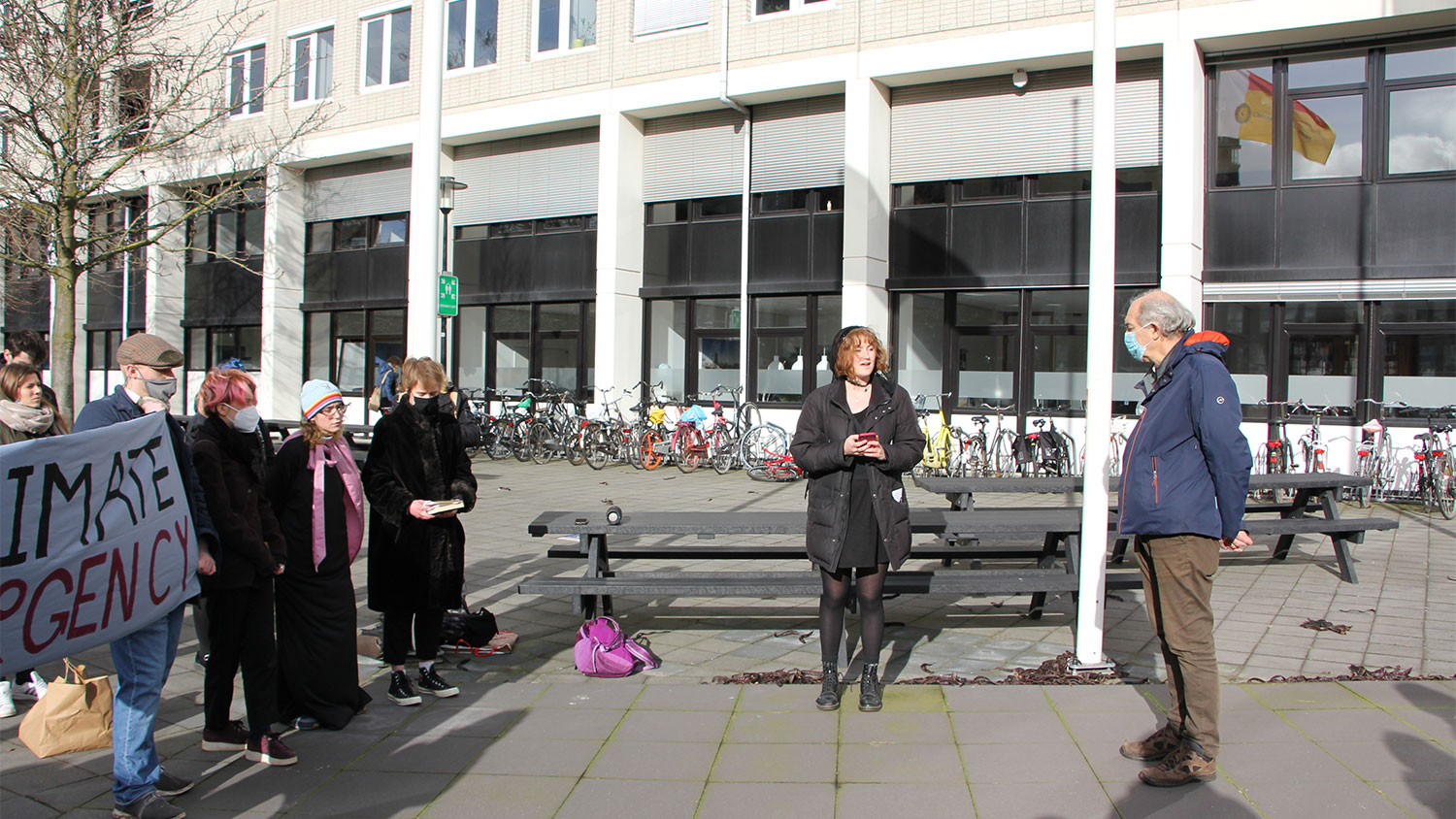 However, the Executive Board is not willing to publicly announce a state of emergency, even if it is only symbolic in this context. According to Pijpers, the university fulfils a different social role than protest movements. For example, UU scientists contribute to important research reports. Additionally, a lot of attention is devoted to sustainability on campus by using clean energy sources such as solar panels and wind energy. The ambition is to make the entire university CO2 neutral by 2030.

Lucas Bartringer, chair of University Rebellion Utrecht, is disappointed in the attitude adopted by Utrecht University. “Other universities in the Netherlands and worldwide have declared a state of emergency, and the municipality has done so in 2019 already. This is important in order to send a clear signal to a broad audience. We understand that energy transition is a long-term plan, but it is also possible for the university to realise short term goals. For example, at Radboud University, sustainability is a mandatory course at all faculties. Additionally, UU could make all its canteens vegan.”

The Executive Board indicated that it is willing to sit down with University Rebellion and look for solutions together. Following the sustainability monitor, which will be published by UU in May, the university will organise a consultation on its sustainability policy. The protest group has also been invited to participate.