International students struggle to find housing: ‘It was definitely stressful’

Starting their search eight months early, joining every single group on Facebook, using three different laptops to try and score an SSH room. These are just some of the tactics used by international students to find housing in the crowded Utrecht market. Those who haven’t succeeded yet are sleeping at hostels, Airbnbs, or crashing on a friend’s couch. “Be persistent”, advises UU policy advisor for student housing Lenn Lamkin.

Finding a room in Utrecht is tough. It’s no coincidence that one of the winners of this year’s Student Awards, Daan Roovers, dedicates himself to improving students’ access to affordable, comfortable housing. According to the National Student Housing Monitor, published by knowledge centre Kences, last autumn there was a shortage of housing for 22,000 students in the Netherlands. If the number of higher education students continues to grow (it’s grown 19 percent in the last eight years), the shortage is expected to rise to at least 50,000 by 2024-2025.

Chances are the number of students will rise indeed, thanks mostly to those coming from abroad. While the number of Dutch students has increased an average of 2 percent each year in the last eight years, when it comes to international students, the growth has been much more pronounced, between 7 and 11 percent yearly. With the United Kingdom becoming a much more expensive option after Brexit, more European students are expected to turn to Dutch universities in the near future. That means even more pressure on the housing market: after all, not all Dutch students need a place to stay, but all international students need accommodation.

Light at the end of the tunnel
But there’s a light at the end of the tunnel: hundreds of new rooms have been made available recently. In 2020, for instance, SSH delivered Mammoet, a space with 300 rooms in Utrecht-Oost. The former Ouderijn hospital was also turned into a student complex last year, with 600 rooms. “You can see things are happening, things are changing. But the overall market pressure is still high, despite the new buildings”, says Lamkin, who has been working with student housing at UU for 13 years. More rooms are coming, too: a building comprising 630 rooms is soon to be inaugurated in Overvecht. Additionally, a new residence with 200 student apartments, located on Gebrandystraat, is expected to be delivered next year. An additional 200 rooms are planned in a student complex at the intersection of the Opaalweg and the Waterlinieweg, with the first residents moving in at the end of 2022. Moreover, SHH will probide 900 rooms in the High Five building, whose construction starts next year. The municipality’s vision document for the Utrecht Science Park foresees a total of 4,000 new homes in the area until 2040. “We have this huge, beautiful campus that could use some more buzz and liveliness,” ponders Lamkin.

Until then, new students, especially international ones, must be resourceful to deal with the shortage the best way they can. “Read all the information on UU’s website, don’t just scroll it! Make sure to get acquainted with the Dutch situation, as it’s probably a lot different than what you’re used to in your country”, advises Lamkin. If, even so, you still have questions, don’t hesitate to contact Student Services.

As early as you can
Lamkin cannot stress enough: start looking for accommodation as early as possible. “Don’t wait until the moment everybody starts searching, too. We even advise students to register with SSH Long Stay when they’re just considering studying at Utrecht. Luckily, more and more students are doing that.” SSH Long Stay offers accommodation to the person with the longest registration time, so the longer you’ve been registered, the greater the chances of being invited to an introduction night (hospiteren) or viewing. Waiting times range between 18 and 30 months.

DUB spoke with international students at the information market during Opening Day, on September 2, and many of them seem to have gotten this memo. “I got my room in June”, says Sarah, an exchange student from Spain. The right attitude, according to Lamkin. “If you find a place to stay before the start of the academic year, don’t turn it down just because you don’t need it right away. At least you have something! If you don’t take it, somebody else will. Be prepared to pay for a couple months of rent in advance, if needed.”

But starting early doesn’t necessarily mean you’re going to succeed before classes start. “I’ve been searching daily since May on Facebook and Kamernet, but most of them don’t reply”, says Theresa, from Germany, who’s studying Economics & Business Economics. “I’m sharing an Airbnb with a friend now, and we’re paying 200 euro each for a week. I have a viewing next week, that was the only viewing I was able to arrange.” 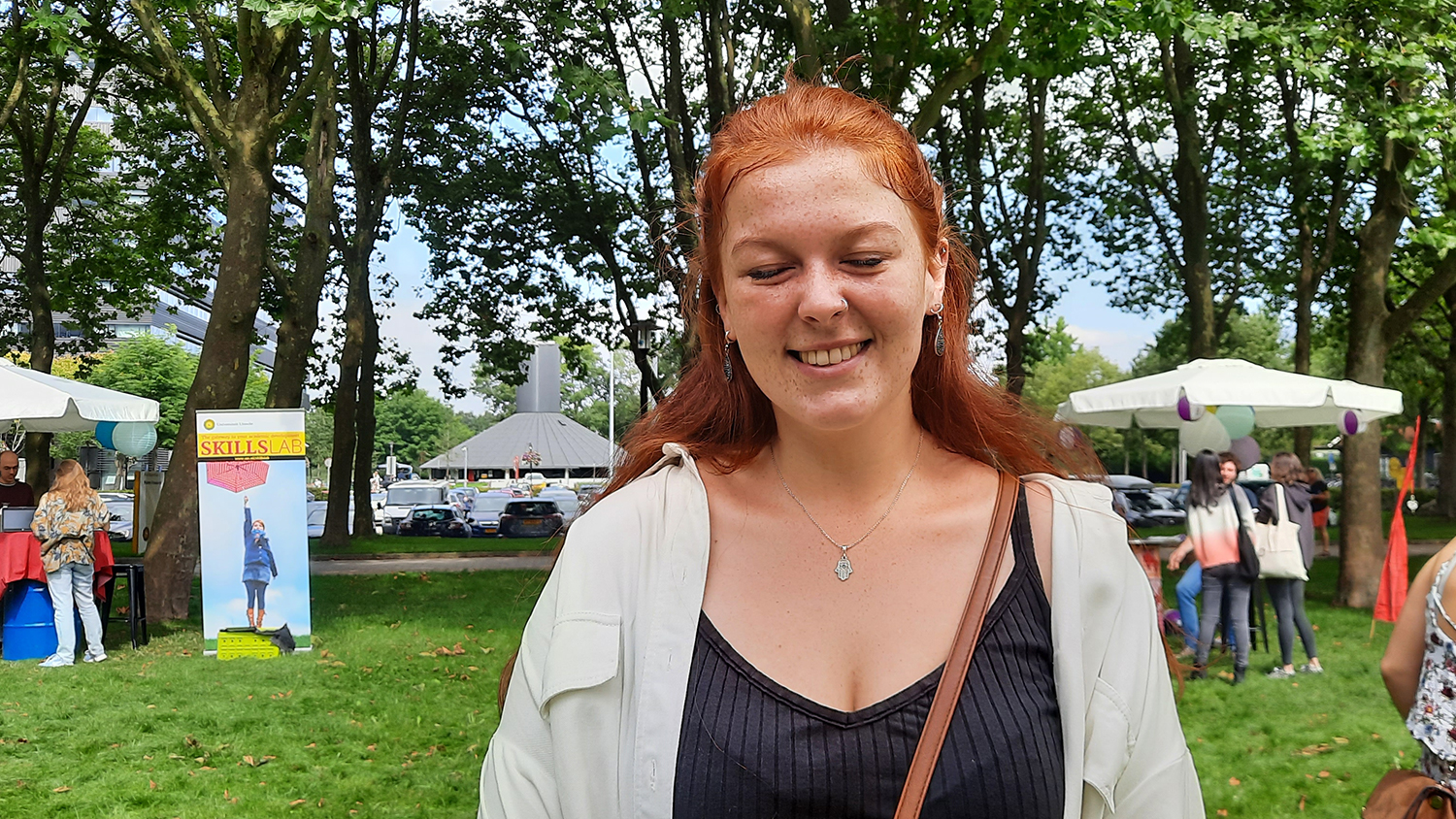 Jenna, a Global Sustainability Science student from Kenya, started even earlier. “I’ve been looking for a room since February. I tried SSH, but it was fully booked within minutes. After that, I started looking on Facebook and all the other sites the university suggested. I finally managed to find accommodation in Zeist, but then the house got robbed and the landlord decided to not rent it anymore. He was kind enough to return my deposit, but now I’m looking for accommodation again. I’m living in Eindhoven with my uncle now, that’s quite a commute.” 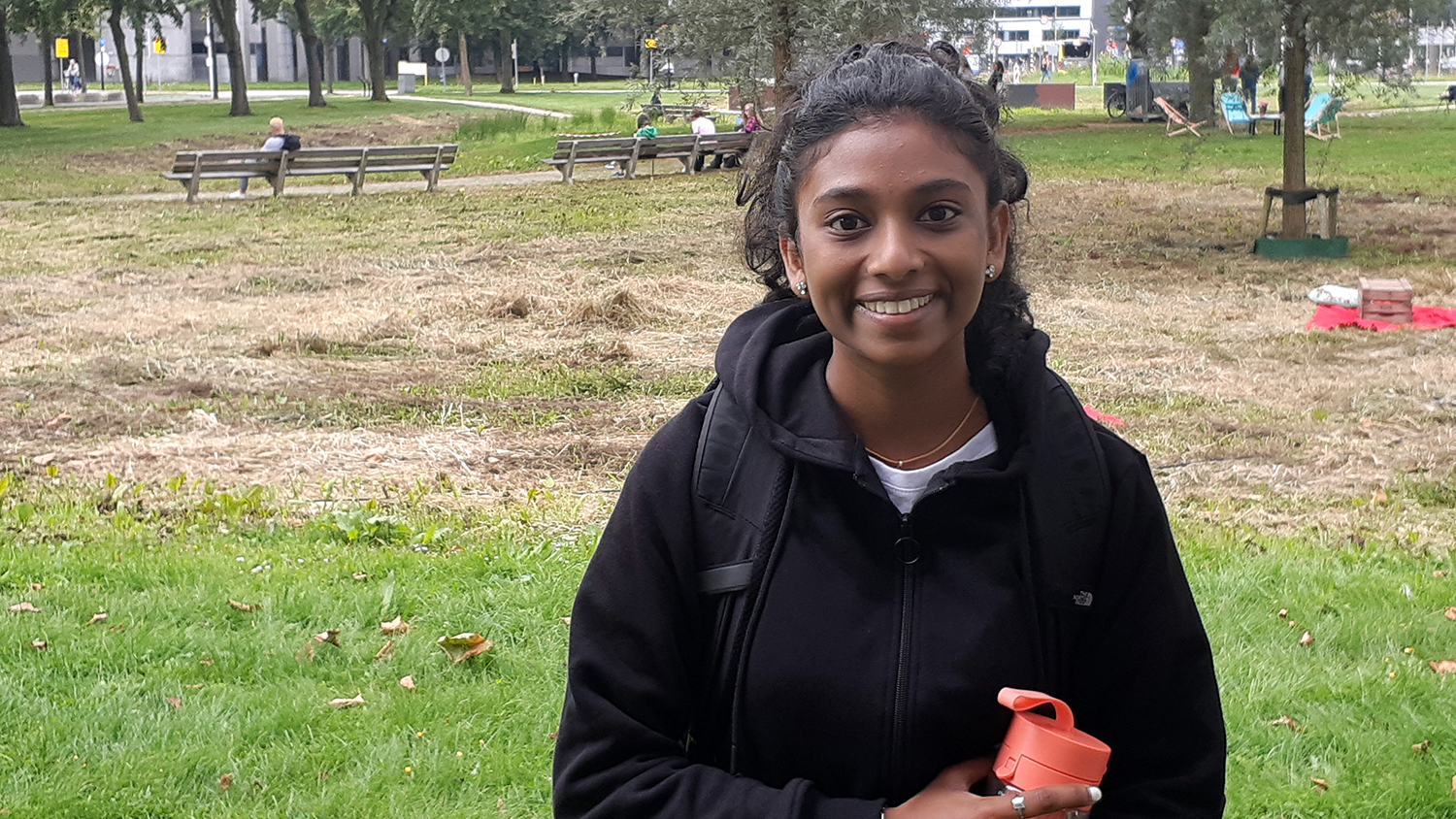 Be persistent
If you too have been looking for months, don’t be discouraged. “Be persistent and flexible. Explore multiple options and look for places outside of Utrecht. Some international students focus their search downtown, but that’s a lot more expensive and scarce than they think. Expectation management is key,” says Lamkin.

Maya, Global Sustainability Science student from Germany, is a good example of that: “I got lucky. I was contacted by my landlord after posting on a Facebook group that I was looking for a room. The room is in Zeist and it’s really small, but it was already furnished. Not really my taste, but it’s okay. I share everything else. It’s 390 euros all inclusive.”

Living out of a suitcase
Until that rental contract finally comes, hostels and B&Bs can be a lifesaver. “I’m staying at Strowis hostel at the moment. I pay 28 euros per night and I share the room with two other people. It’s nice, but there isn’t a lot of space to study. That’s why I really want to find my own space”, says Hannah, from Germany, also studying Global Sustainability Science. 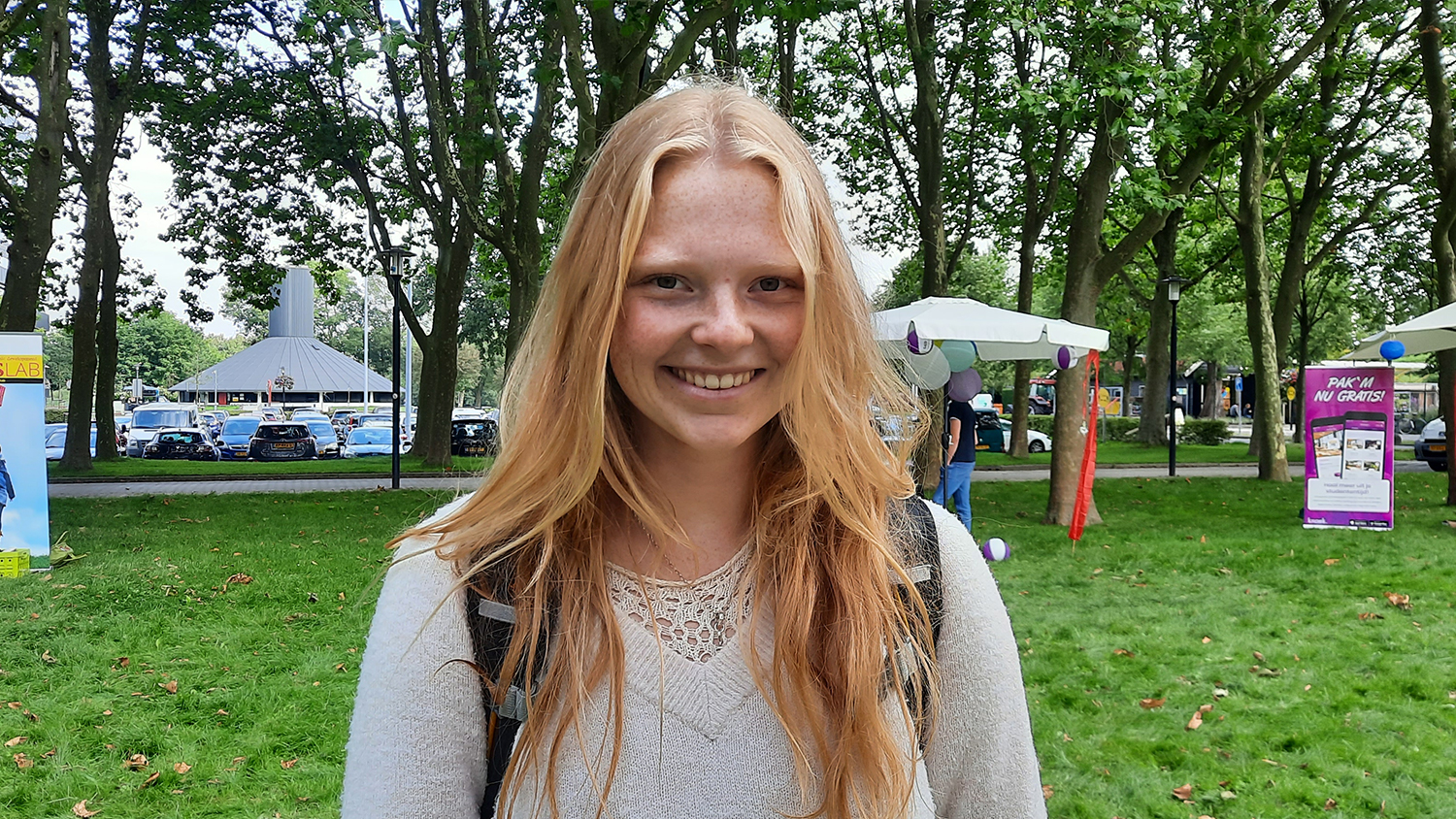 Ilana is another student living out of a suitcase. Also from Germany, she’s starting the Public Administration & Organisational Science Master’s. She and a friend have hired a rental agency to help them find an apartment. Their only demands: that the place has two separate bedrooms and a built-in kitchen. Even so, the search has been going on for three months. “We’re not looking for anything luxurious. We’re not picky in terms of location, either. It doesn’t have to be in Utrecht. We’ve had five viewings so far, but landlords seem to prefer couples or locals over students, despite the fact that we both have part-time jobs and savings. I’m crashing on a friend’s couch now.”

Ingenious
Competition is fierce for the SSH accommodations, which tend to sell out in the blink of an eye. Kensey, an exchange student from the United States taking courses in Molecular Environmental Biology for a semester, had to wake up at 1 a.m. to score hers. “I feel very lucky. It was definitely stressful, because I had to rush on and click the buttons as fast as I could. It froze a couple of times and I was so nervous, but eventually I just ended up taking whatever room was available and reserving it as fast as I could”. She didn’t even look at what she was renting. “I didn’t know what the room looked like. As long as there was housing, I would take it, because I heard how hard it was to find housing over here. It wasn’t my first pick. As soon as the website opened, some offers were already gone.” 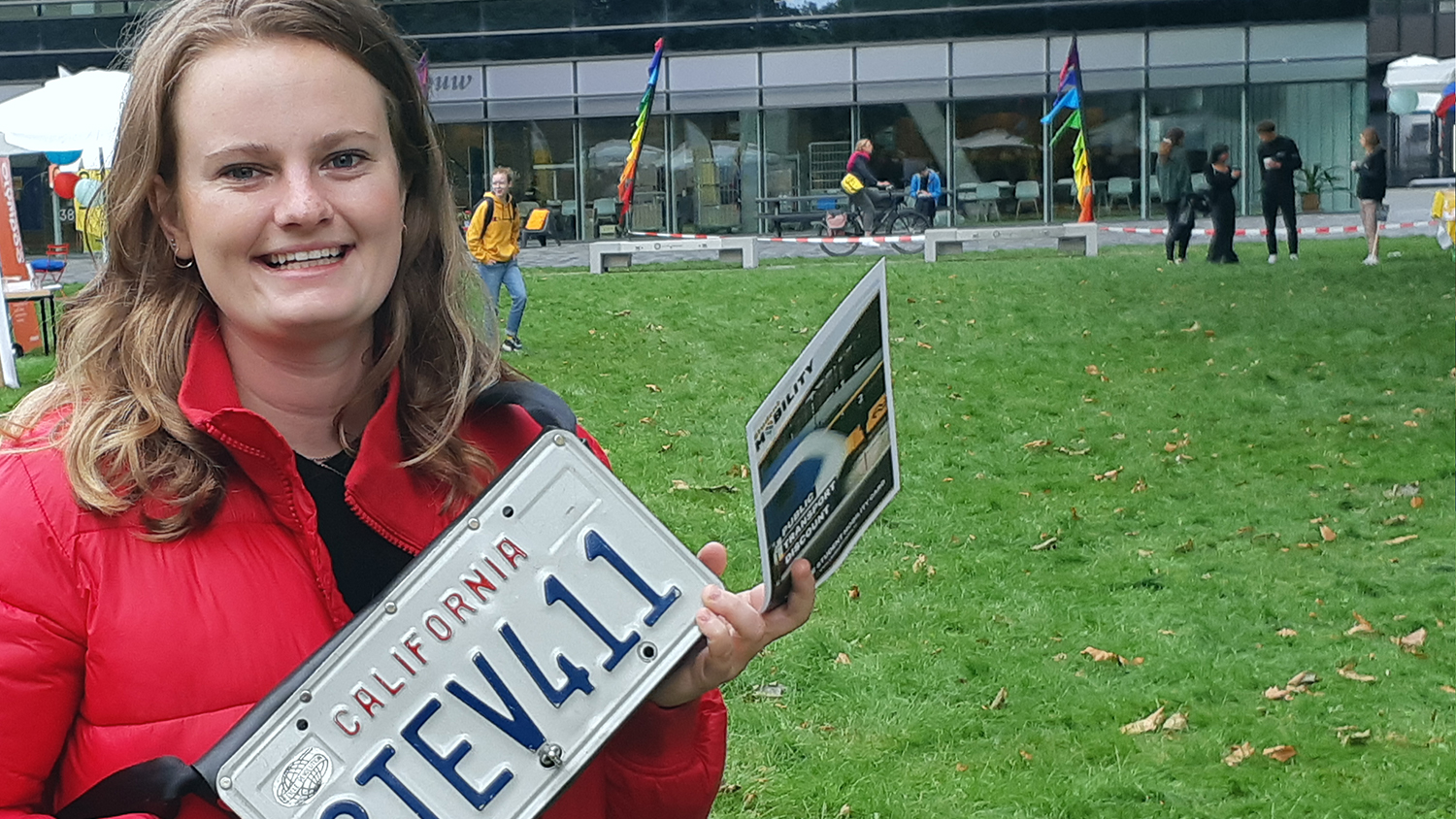 Niels, from Germany, student of Philosophy, Politics & Economics, was even more ingenious: “When the SSH website went live, I took three laptops and refreshed them all the time.” That turned out to be a winning strategy. He says that, compared to German prices, his accommodation is quite expensive, but the price is average according to Dutch standards. 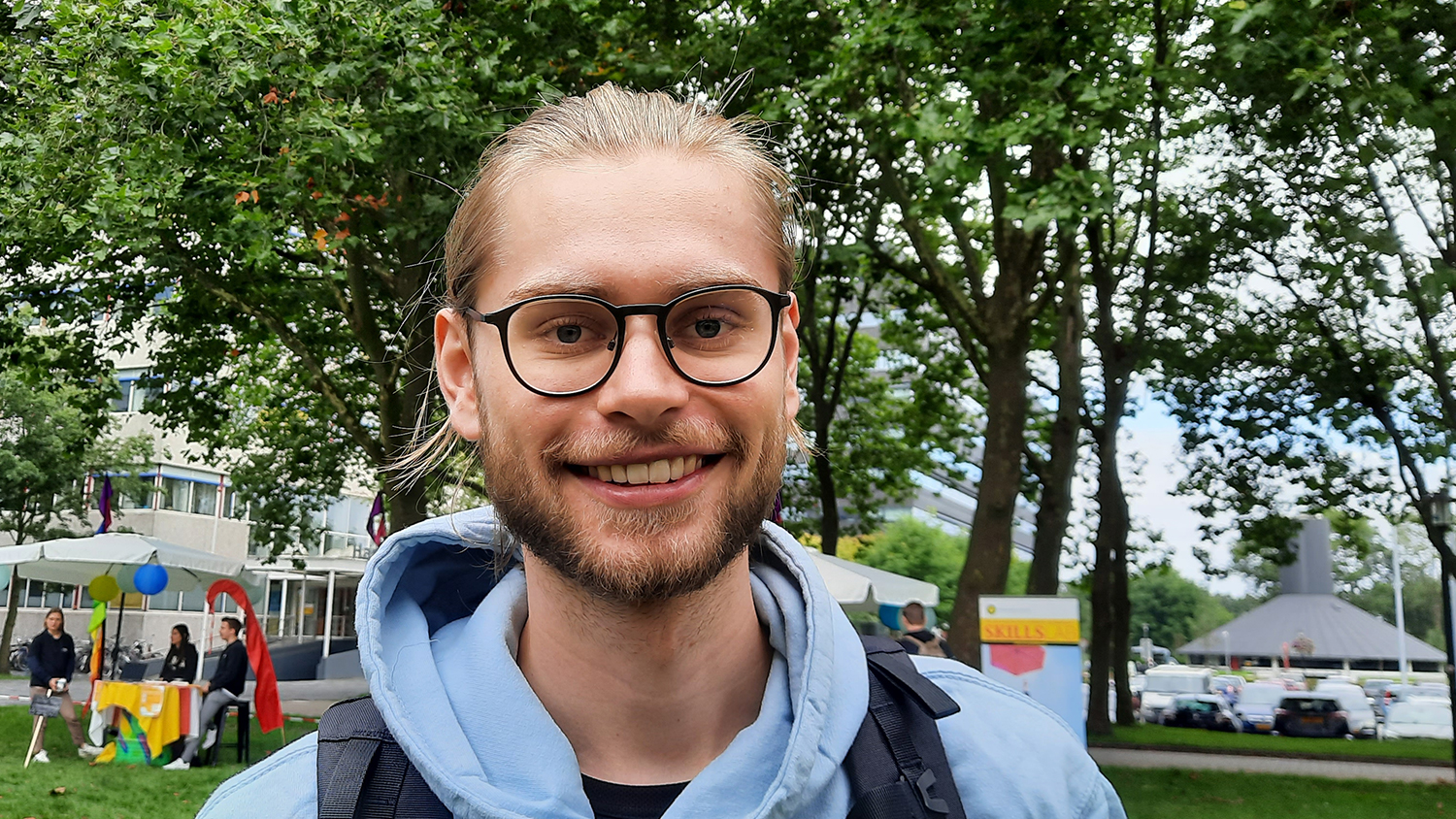 The Covid effect
It looks like it’s harder to get accommodation in Utrecht in 2021 compared to 2020, when Covid led many students to go back to their parents’ or to their home countries. Some international freshmen didn’t even come to Utrecht at all. “The competition is real. All those second-year students are competing with first-year students for the same spaces,” says Lamkin.

Theresa, the Economics student from Germany currently sharing an Airbnb with a friend, knows that from experience. She studied at the Utrecht University of Applied Sciences (Hogeschool Utrecht) last year, but dropped out to attend UU in 2021. “Last year, it was super easy to get accommodation. I was expecting things to be just as easy this time, but everything is booked out.”

In addition to all the second-year students only coming to Utrecht now, there are Dutch students who just had to move out of temporary rooms. “Last year, a lot of local students were able to live in rooms that were originally intended for exchange students, because those exchanges got cancelled. But that was just a temporary solution. Now they’re in the market, too”, Lamkin explains.