Remembrance Day and Liberation Day in a nutshell

The Remembrance Day ceremony at the National Monument on Dam square in Amsterdam. Photo: courtesy of Nationaal Comite 4 en 5 mei

You might have noticed some Dutch flags flying at half-mast today. That’s because it’s May 4, also known as Remembrance Day, when the Netherlands pays homage to all the Dutch soldiers and civilians who perished in conflicts and peacekeeping missions since the Second World War. Tomorrow, the flags will be hoisted again to celebrate Liberation Day, which commemorates the freedom of the Netherlands from Nazi occupation. Curious about the history of these two holidays and what they entail? DUB explains it all.

Remembrance Day started right after World War II as a means to commemorate the victims of that war. Since 1961, however, the date is also meant to remember the Dutch victims of all the other conflicts, wars and peacekeeping missions that have taken place since the outbreak of the Second World War.

Every Dutch city commemorates Remembrance Day in its own way, but one thing unites the entire country: at 8:00 pm, Dutch citizens observe two minutes of silence. Before that, a ceremony is held at Dam square in Amsterdam, an event broadcast live on television. It is attended by the king and queen, the prime minister and members of parliament.

It all starts with a service at the New Church (Nieuwe Kerk), which includes a speech by a literary author. Then, the king and queen go back to the Dam Palace, where they’re joined by politicians and military personnel. Together, they proceed to the National Monument, located in front of the palace, walking through a guard of honour formed by veterans. The royal couple then lays a wreath on behalf of all Dutch citizens. They always finish at 8:00 pm sharp, just in time for the two minutes of silence.

After the two minutes are over, the group sings the National Anthem (also known as The Whilhelmus) and war survivors lay five wreaths, each one representing a different group of victims. The Dutch cabinet lays their wreath, too. Finally, schoolchildren lay flowers by the monument: the number of children represents the number of years the Netherlands has been in peace.

The king and queen lay a wreath at the National Monument at Dam square in Amsterdam. Photo: courtesy of Nationaal Comite 4 en 5 mei

If you turn on the TV, you might also see a transmission of the commemorations at Waalsdopervlakte, near The Hague, where about 250 people, including hundreds of resistance fighters, were shot by the German occupiers.

Remembrance Day in Utrecht
How is the city of Utrecht going to commemorate Remembrance Day? After two years, the public is allowed to gather at Dom square. Looking to engage young people, the municipality will kickstart the commemorations at the Dom church with a theatre production about resistance hero Truus van Lier, which is set to have a young cast. Afterwards, a silent march will proceed to Dom square, where they will observe two minutes of silence, followed by a speech by the mayor, Sharon Dijksma, who is also going to lay a wreath by the resistance monument. The event will end with a remembrance concert by pop duo BENR. More information about the programme can be found (in Dutch) on this website.

Remembrance Day at UU
Every year, on May 4, Utrecht University takes a moment to pay homage to the members of the university community who died between 1940 and 1945. The Executive Board and the University Council lay a wreath at the monument by the entrance to the auditorium. 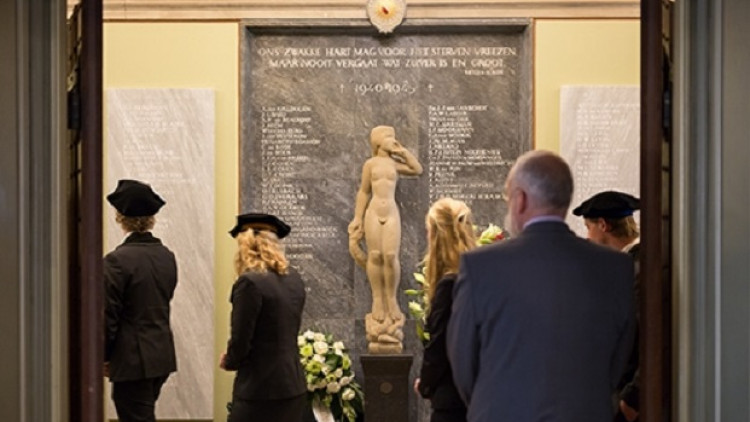 This year, the ceremony will be preceded by a short lecture by Leen Dorsman, Professor in the History of Universities, who is going to talk about UU Law student Frits Lordens and Art History student Anne Maclaine Pont. Lordens was one of the students who set fire to the university’s Academy Building in 1942 to get rid of the registers containing the names of the students, which the occupiers were planning to use to deploy them in Germany. As part of the Utrecht Children’s Committee, Lordens and Maclaine Pont also helped hide Jewish children from Amsterdam in the homes of families elsewhere in the Netherlands. Both were discovered in 1944 in Belgium and shot dead while trying to escape. In September 2021, these two UU students and their surviving relatives were awarded the Yad Vashem honour by the Israeli ambassador.

In the evening, Studium Generale is going to organise a lecture in the Aula of the Academy building, following the official commemoration at Dom square. Cultural anthropologist Eveline Buchheim, from the Institute for War, Holocaust and Genocide Studies (NIOD), will speak about “the power and powerlessness of small stories”. Indonesia’s struggle for independence – a war that lasted four years – is a blind spot in the Dutch collective memory. But this page of History is starting to resurface: what can we learn from personal war stories?

Liberation Day
The following day, May 5, celebrates the Netherlands’ liberation from German occupation, which started on May 10, 1940 and ended on May 5, 1945. The country was invaded even though Germany had formally pledged to stay neutral toward the Netherlands in 1939. There wasn’t any formal declaration of war, either.

But that doesn’t mean that the Dutch were completely taken by surprise. They did have intel that the Germans were about to break their promise, which led them to increase military spending ahead of the invasion. It wasn’t enough, however: although the Dutch forces managed to defeat a parachute attack on the Hague (allowing then-queen Wilhelmina and the government to escape to the UK), a massive bombing against Rotterdam forced the city to surrender. A threat against Utrecht soon followed, but the Dutch military decided to give in rather than fight, sparing the city from a similar fate (can you imagine?)

The liberation of the Netherlands came five years later, when the Nazi regime was all but defeated, with Allied forces entering the country at the beginning of May and freeing provinces in the East and the North. Other parts of the country were liberated by the British Second Army. May 5 marked Germany’s surrender of the regions that still remained in their hands, after a meeting between the Canadian General and the German Commander-in-Chief at Hotel De Wereld in Wageningen. 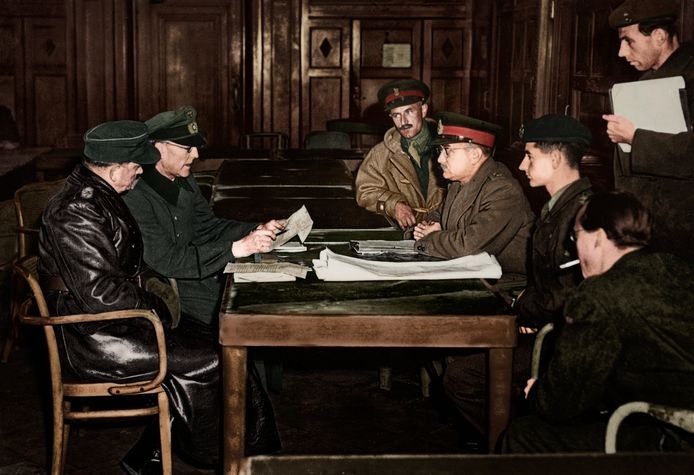 Celebrations
May 5 is a national holiday (meaning that everyone has a day off from work) every five years. The last time this happened was in 2020. Schools, governmental organisations and universities get this holiday every year, however. The national Liberation Day celebrations start with a lecture by an inspiring speaker picked by an organising committee, followed by Liberation Festivals, which are held throughout the country.

Every year, a number of performing artists with a significant fan base are selected to be the so-called ambassadors of freedom. In addition to getting extra media coverage ahead of Liberation Day, on May 5 these artists get quite a ride to the liberation festivals: a helicopter provided by the Dutch Ministry of Defense. The celebrations are brought to a close in the evening with a concert on the river Amstel, in Amsterdam. This final event is attended by the king and queen. 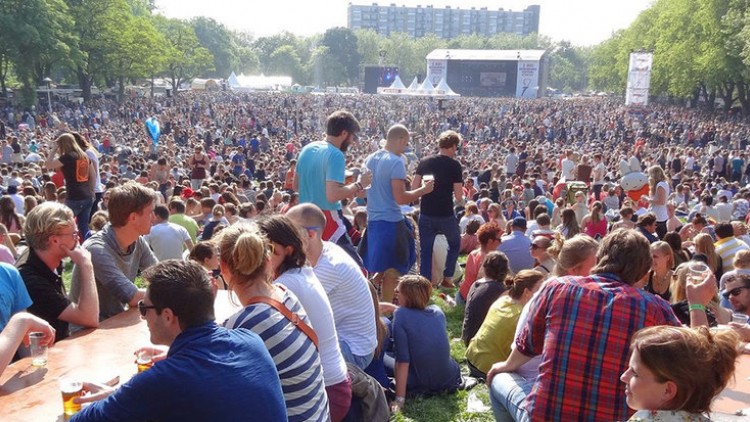 Liberation Day in Utrecht
In Utrecht, the Liberation Festival is taking place at Park Transwijk, from 11:30 am to 11:00 pm, with several concerts. To bring visibility to promising musicians from the province of Utrecht, the event also includes a talent competition, with the four finalists getting the chance to perform onstage. DJs will bring the party to a close after the winner is announced. But party animals can keep on dancing at the official afterparty at TivoliVredenburg. More information here.