Timeline: looking back at a whole year of pandemic

Can you believe it’s already been a year since the coronavirus arrived in the Netherlands? Some may feel as though time has ceased to pass, as each day resembles Groundhog Day. But nothing could be further from the truth – well, at least not when it comes to Utrecht University. Here’s a look back at the ups and downs the University has gone through in a year’s time.

January 2020
As the news spreads that a new, highly transmissible virus is affecting the province of Wuhan, in China, alarm bells begin to sound at UU. The University advises students against traveling to China and inspects the travel history of 25 Chinese students about to come to Utrecht.

February 2020
The Netherlands is still corona-free, but the virus is lurking around the corner, with the first cases being confirmed in Belgium and Germany. Dutch universities start to prepare for an outbreak. UU keeps receiving students from the most affected region in Italy, but asks students and employees who have recently been to the country to see their GP in case of symptoms.

March 2020
The virus reaches the Netherlands in the beginning of the month and UU advises students and staff not to shake hands. The University also creates an e-mail address to which the UU community can send questions. UU students in Italy are asked to come back and employees from Noord-Brabant, the Dutch region where the first cases were confirmed, have to work from home, as does everyone with a cold.

On March 13, the Dutch government determines that universities should offer all of their educational activities online. UU abides, cancelling not only its classes, but traditional events such as Meet the Professor, the Dies dialogue and University Day. Everybody has to work from home. One week later, the university also decides to lock up its buildings.

Meanwhile, in Guatemala, fourteen UU students and two teachers are stuck in the country because the local government decided to close their airspace. They only manage to return to Utrecht at the end of the month.

As students lose their side jobs and fear study delays, the Dutch Cabinet offers them a little sigh of relief, allowing them to increase their loans, extending their public transport card by three months, and exempting first-year students from the Binding Student Advice (BSA).

What about international students? Well, they’re rushing to the airports to take the last flight back to their home countries, uncertain about how long the situation is going to last.

Those who stay in the Netherlands struggle to keep up to date with the news because they do not speak Dutch. A group of UCU students then starts translating news about the virus and the strategies to contain it to English, so that international students are just as well informed as everybody else.

April 2020
Should the University Council hold elections at such a weird time? After much deliberation, they decide to proceed as usual.

Meanwhile, the Dutch Ministry of Health frees up 20 million euros for research into the new virus, and the Ministry of Education allocates another 15 million for Covid-related research.

The government plans to reopen things step by step, so UU starts making plans for when higher education’s turn finally comes. How to enable education and research making sure that everyone stays 1.5 metres apart?

Face masks are the subject of a heated debate: do they really work? The World Health Organisation recommends people to leave them for health personnel, an advice echoed by the Dutch government. Swimming against the current, UU Associate Professor Andrei Petoukhov makes a plea for wearing them, and is one of the first UUers to sew his own masks.

After more than a month studying from home, students start voicing concerns about privacy and proctoring. 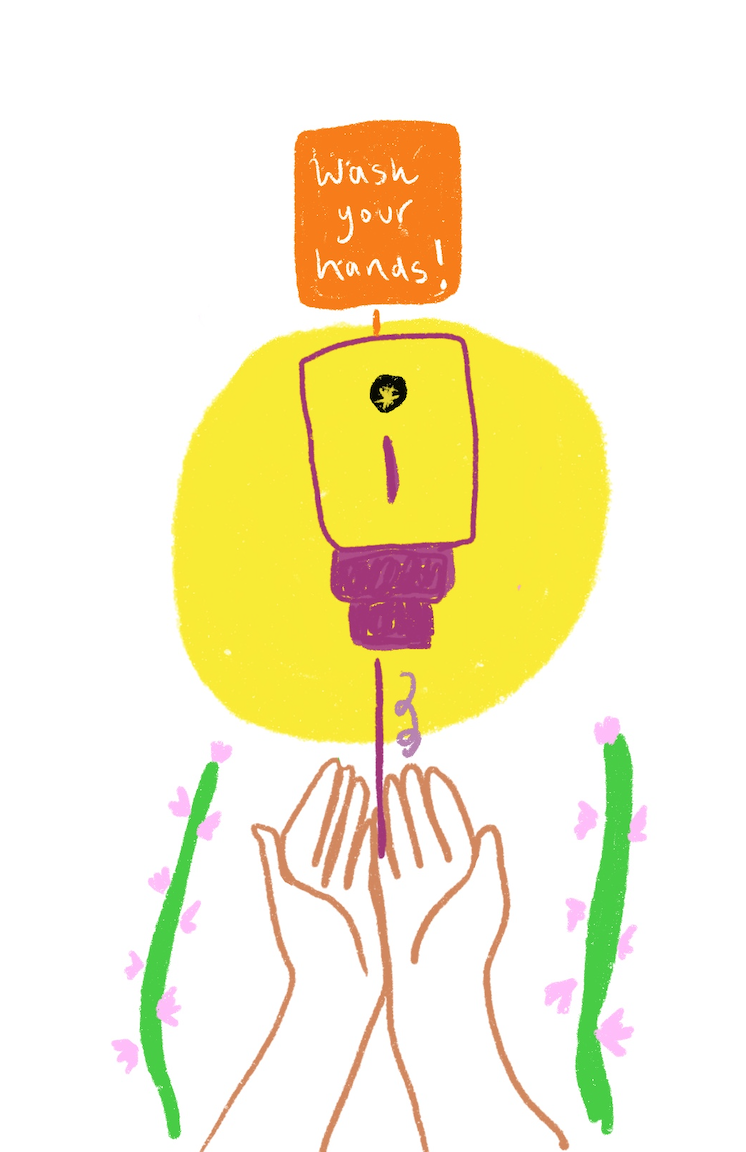 May 2020
It looks like the Netherlands will be able to flatten the curve after all, so the Cabinet announces its plan of gradual reopening. UU decides to reopen laboratories and libraries under strict conditions, and allow a small group of students to return to the campus from June 13.

Nevertheless, those longing for an exchange semester abroad may kiss their dreams goodbye, as UU suspends all exchange programmes for the following semester. The same goes for international students planning on staying in the Netherlands to seek work after their graduation: the government cancels the orientation year visa.

“We’re going to have to learn how to live with the virus before the next peak comes”, warns epidemiologist Patricia Bruijning, who has become a frequent face in the Dutch news coverage of the pandemic.

June 2020
The summer arrives and bars and restaurants may open again, provided that they follow certain guidelines. That also applies to Utrecht student associations, which are officially considered part of the hospitality industry. “Beer just tastes better here”, says a student.

And the good news keeps on coming: applications to the next academic year rise despite the pandemic. The same goes for international applications, led by European students who were probably driven away by the UK’s high prices. Thanks, Brexit!

Another surprise: on average, students have not done worse in their exams after Covid.

July 2020
In some aspects, it seems like life has somewhat gone back to normal, so much so that many students fail to follow the rules to keep the virus at bay, prompting the University to send an e-mail to everyone. Some even go as far as verbally attacking the University’s corona coordinators. “My mental health is more important”, a student tells DUB.

“Risk behaviour keeps the virus alive and makes tracking harder”, warns Hans Heesterbeek, Professor of Theoretical Epidemiology. “Let’s not pretend there won’t be a second wave of the virus”.

August 2020
For others, however, the pandemic is very much visible in their lives, such as the PhD candidates and postdocs experiencing delays because of corona. UU establishes a Covid fund to help them out.

Young graduates aren’t having a good time either: unemployment rates surge among this group.

September 2020
The new academic year starts, but only a third of the lectures are provided on location. Most courses still take place online.

But perhaps we’ve done too much too soon, because the number of infections skyrockets in university cities. After analysing the public transport situation, DUB concludes it’s “quite a challenge not to get infected with Covid-19 if you have to commute to the university”.

Even so, some students and higher education representatives want to lobby for more classes on location. Students suggest universities to make use of theaters and stadiums to allow more students to attend classes, but UU says no.

With fewer classes face to face, it was just a matter of time for students to start a petition demanding a discount in their tuition fees. “This is the most expensive streaming service in the Netherlands”, says the initiator.

As the number of infections keeps on rising, party people have their wings cut: UU suspends all drinks and team outings, while the government orders bars to stop taking customers at 09:00 pm and shut their doors at 10:00 pm. That doesn’t stop students from throwing parties at home, however. So much so that STD tests are in high demand, pandemic or not.

October 2020
It’s official: the second wave is here. The government announces a partial lockdown: bars and restaurants must stop operating entirely, shops have to close at 08:00 pm, and alcohol can only be sold until 08:00 pm, among other measures.

November 2020
A national study shows the pandemic is taking a heavy toll on students’ mental health, with over 50 percent stating they feel lonely and have trouble concentrating. “I don’t feel like I’m a student”, first-year student David tells DUB.

What about dating, you may ask? Those looking to do it responsibly have been resorting to “quarantine hook-ups”.

Since very few classes take place on campus and the vast majority of employees are working from home, UU decides to suspend its travel allowance for all those who do not work on campus regularly and give all employees 300 euros to improve their office space at home. It looks like working remotely is going to become more and more commonplace at the university and elsewhere. 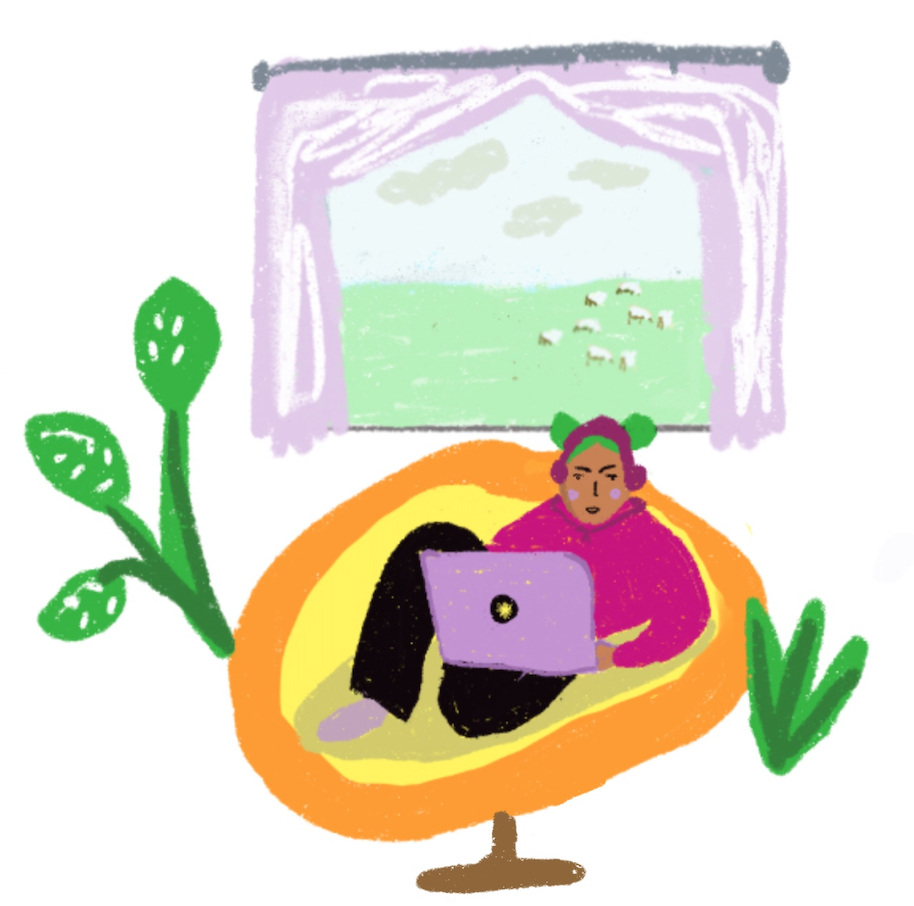 December 2020
Wearing a mask inside public buildings becomes mandatory. UU limits the number of guests at PhD graduation ceremonies to three following an excessive amount of guests and frequent violations of the rules. Meanwhile, companies operating in the Utrecht Science Park struggle to keep their heads above water.

“People struggle with policing their own behaviour”, ponders John the Wit, Professor of Interdisciplinary Sciences in Public Health, which may explain why the Utrecht police has been disrupting student parties more and more. Some students report, however, that those disruptions are often done “for no reason”.

“We’re kind of fed up”, admit students to queen Máxima during her impromptu visit to Utrecht University. But they have to brace themselves and keep going even longer, as the government announces a hard lockdown on December 15: all non-essential establishments must close, which means higher education can only be provided online.

“This is a heavy blow to many people”, acknowledges UU Rector Henk Kummeling.

January 2021
The Netherlands kickstarts its vaccination programme. But students are likely to be the last ones in line, since most of them are young and healthy.

Some higher education institutions in the Netherlands start a pilot with rapid testing to verify whether those tests can enable them to offer more classes on location.

Until then, we have to carry on home. It comes as no surprise, therefore, that corona-related topics dominate the submissions for the 2021 campus columnist competition.

The month ends with an evening curfew: no one is allowed on the street after 09:00 pm anymore, with a few exceptions, including university students, teachers and staff attending evening exams.

The curfew angers some, and several riots take place across the country, prompting many universities, including UU, to reschedule their evening exams after all.

February 2021
Confirming the preliminary figures, Dutch universities announce that the number of enrolments has grown. That also goes for UU.

Speaking of surveys, February is also marked by a Nuffic survey showing that feelings of loneliness and isolation can be even more pronounced amongst international students.

Looking to help them cope, the Dutch Ministry of Education unveils a support package of 8.5 billion euros for education and research, including a 50 percent reduction on tuition fees. The package includes international students from countries outside the European Union, too. They are entitled to a discount of about 1,000 euros.

March 2021
…And here we are again, full circle. It’s March, and the University is closed. Higher education students feel “forgotten” in the government’s gradual reopening plans, so they organise protests calling for more in-person education, but the Cabinet insists that higher education must stay in lockdown for longer. First, it looks like universities will be allowed to offer education on campus again from April. Then, a surge in the number of infections pushes the reopening for the end of the month, if not longer.

But we shouldn’t despair, because there are two major differences between March 2021 and March 2020. First, we are all much more experienced with working and studying from home, and adapting to sudden changes. UU’s schedulers are a great example. The second difference is that we can already see a light at the end of the tunnel. The Minister of Health really believes rapid tests will enable more education on location soon, and by September, enough people should be vaccinated. Based on that estimate, UU is already considering that things will go back to normal by the next academic year. Until then, it will try to enable as many encounters as possible and make it so that students can go to campus once a week.